Picture Los Angeles. What do you see? Swaying palm trees? Sunny beaches? A red carpet? The Hollywood sign, perhaps? Maybe it is miles of motorways with cars at a standstill like the opening scene of La La Land. Only without the big musical number and dazzling dance moves, probably.

For decades, the cliché of Los Angeles as a city burdened by cars, traffic and smog was a go-to for comedians in search of easy laughs. Today, Los Angeles is leading the way to a cleaner, greener future with some of the nation’s most ambitious environmental goals, chief among them an on-track pledge to achieve carbon-neutral status by 2050.

But Los Angeles is the city that created the Batmobile, Greased Lightning and the Fast & Furious franchise. The move won’t be easy.

Consider these observations from the city’s 2020 Tourism Master Plan, which outlines several priorities ahead of 2028, when Los Angeles will once again host the Summer Olympic and Paralympic Games:

“Although Los Angeles is planning significant investments to deliver a vastly improved mass-transit system [by 2028], it will still be difficult to move visitors from their cars to other forms of transportation, given the geographic spread of the city; distance between hotels, tourism and entertainment clusters, parks, beaches and recreational activities and sports venues; and the nature of Los Angeles as a destination.

“Perhaps even tougher is the need to change the mindset and behaviour of visitors who think of Los Angeles as the auto capital of the US, second only to Detroit.”

If zero-carbon is the goal in a city so closely identified with cars, how do we get there from here? And what responsibility does the tourism industry have in promoting visits that balance economic impact with sustainability?

Los Angeles welcomed a record 50.7 million visitors in 2019. And those guests visit attractions throughout the greater LA area every day, which represents a unique opportunity to help the city achieve a more energy-efficient future.

Introduced by Mayor Eric Garcetti in 2019, LA’s Green New Deal is the comprehensive blueprint guiding the city’s transition to an economy powered entirely by renewable energy.

The plan’s accelerated targets include:

It’s an audacious roadmap that establishes Los Angeles as a nexus of investment, innovation and job creation in the fast-growing green transportation and clean building sectors.

Getting ready for the Games

In 2018 there were approximately 7.9 million vehicles registered in Los Angeles County. By 2028, during the Summer Olympics, an estimated 9.5 million registered vehicles will be on the road — a 20% increase over a decade.

To prepare, forward-looking transportation planners are at work on a “Twenty-Eight by ’28” plan to prioritise 28 critical road and transit infrastructure projects before the Olympic torch arrives in town.

[Read more: Ban cars: Why cities are embracing the call for car-free streets]

While most improvements will be used by those who live and work in Los Angeles, more than 500,000 visitors and 10,000 athletes, coaches and officials are expected to travel throughout the city during the two-week Games.

“Twenty-Eight by ’28 will help us frame the progress we’re striving to make in the years leading up to the Games,” Mayor Garcetti said in announcing the project. “This initiative is our opportunity to harness the unifying power of the Olympic movement to transform our transportation future.”

In many ways, the future of transportation is already here. California leads the nation in the number of electric vehicles (EVs), with 563,070 light-duty electric vehicle registrations in 2021, according to the US Department of Energy. Florida ranks a distant second with 95,640.

The bold move is expected to spur other states to adopt similar restrictions. At least 15 states, including New Jersey, New York and Pennsylvania, have adopted California vehicle standards on earlier fuel efficiency rules.

But how do you get people out of their cars?

Los Angeles’s Tourism Master Plan, which was created by the city’s municipal tourism department and developed in consultation with hundreds of industry stakeholders, acknowledges that getting visitors efficiently to their destinations will be a key challenge in the years ahead:

“The sprawling nature of Los Angeles, along with the car-centric approach to transportation in the city and surrounding areas, creates a difficult issue for visitor mobility. Just as the city is working to radically change the perception of its residents in regard to transportation, so too must Los Angeles focus on changing the perception of visitors who feel it necessary to rely on automobiles to explore the destination.

“In the short term, visitors need to be better educated on how to move about the city, and in the long term, visitor mobility must be a principal element in any and all transportation infrastructure and destination development activities.”

At Los Angeles Tourism, we recognise that we play a critical role in changing those perceptions. We want to highlight Southern California as home to one of the country’s best public transportation networks, with information about the subways, light rail, buses and shuttles that visit virtually every corner of the Greater Los Angeles metro area.

With more than 431 miles of city bike paths, including 120 new miles created within the past few years, along with expanded Metro transit options, it’s easier than ever to experience Los Angeles without a car.

“Nobody walks in LA” Missing Persons once sang. The song’s a classic; the lyric is a myth.

[Read more: How Fort Lauderdale is pioneering a new type of downtown for the post-pandemic era] 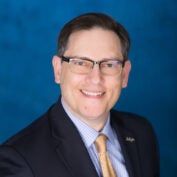 Adam Burke is president and chief executive officer of the non-profit Los Angeles Tourism & Convention Board.
Websites in our network