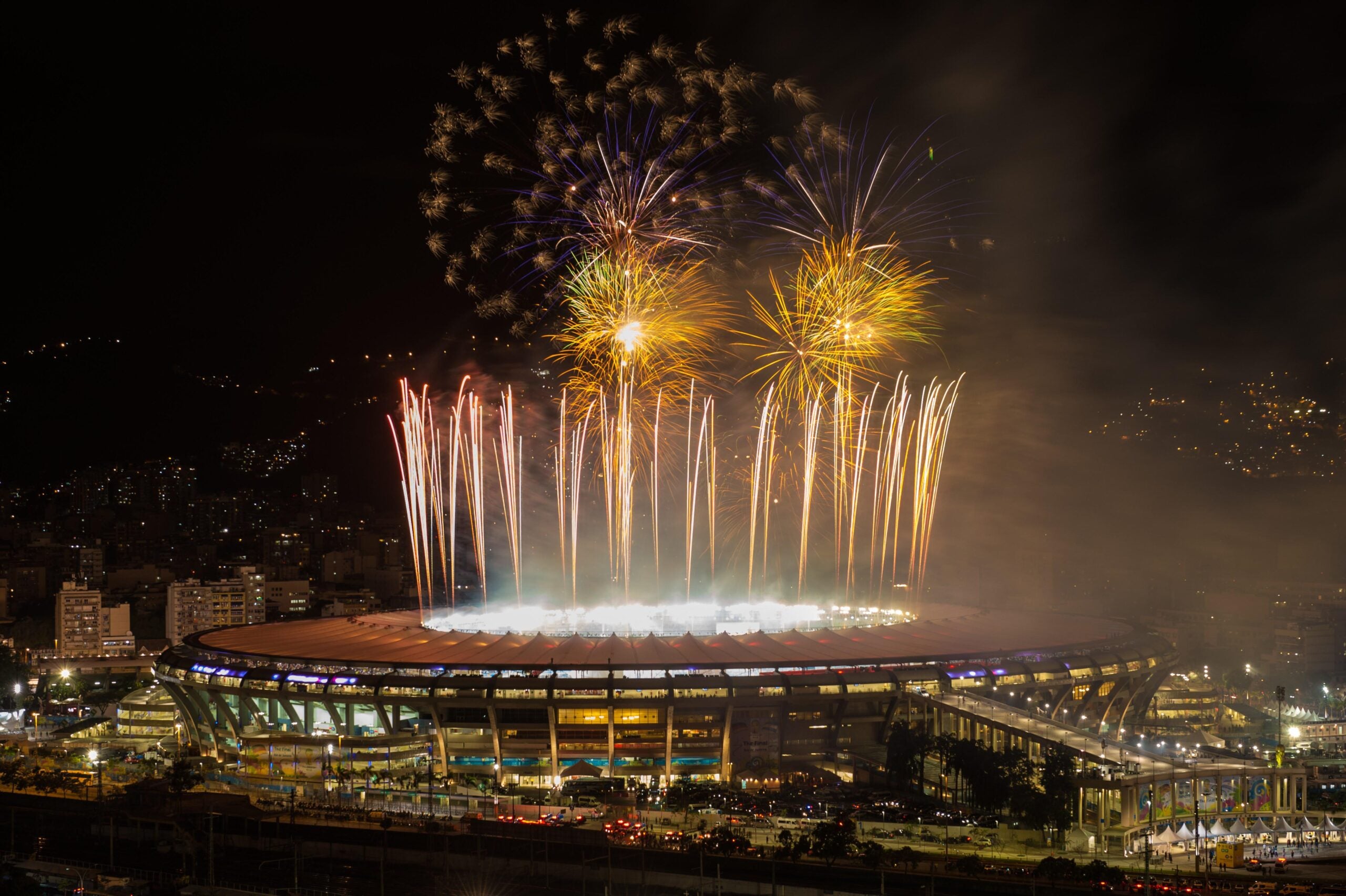 Brazil spent over $7.6bn to host the Olympics in Rio de Janeiro in the midst of a serious economic crisis. Who benefited? (Photo by Yasuyoshi Chiba/Staff)

Mega-events such as the World Cup and the Olympics have significant consequences for a host city, region or nation. They are constantly marketed as a great opportunity for public – and private – investment in a city’s urban infrastructure, particularly in the area of transportation. The biggest problem with these events, ultimately, is the conflict between the needs of the event and the needs of the city.

While there are successful examples of events that effectively led to an urban transformation, there is no shortage of examples where the economic benefits of those investments were highly overrated. For the 1992 Olympics, for example, Barcelona invested in new roads, public space improvements and sewage system upgrades. The urban transformation that transpired helped make the city one of the main tourist destinations in the world. But more typically, cities put all their energies (and money) into preparing for the big event rather than the future. Given this reality, it is perhaps not surprising that the International Olympic Committee is now having a hard time finding countries willing to host the event.

In South Africa, the legacy of the 2010 World Cup is controversial at best, with stadiums that soon became white elephants. Infrastructure was built to receive tourists, but not necessarily to serve the population. Corruption was rampant, and costs were out of control: South Africa spent $2bn in a country where some cities hosting games faced basic problems like lack of a safe water supply. 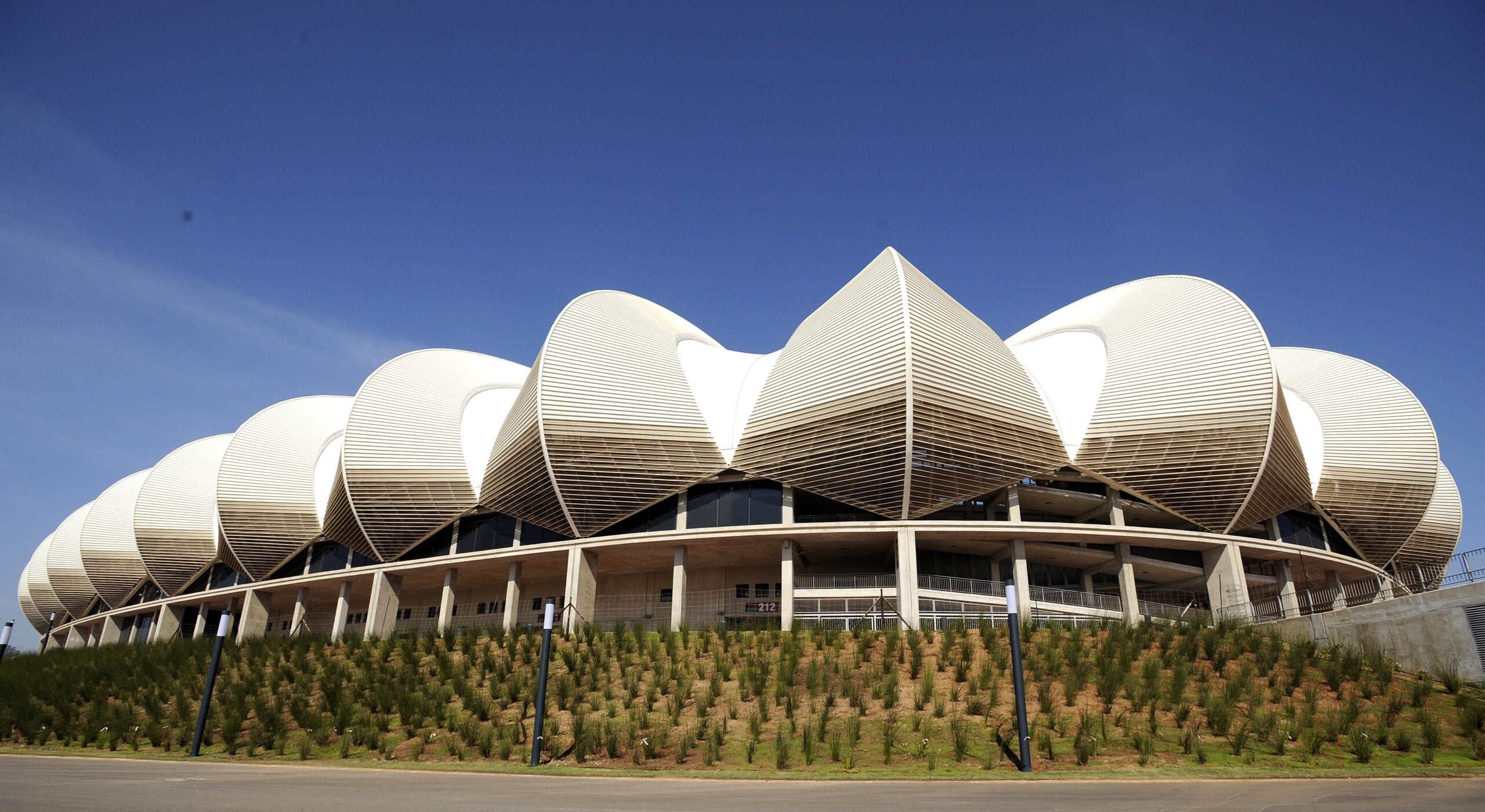 The Nelson Mandela Bay Stadium in Port Elizabeth was one of ten stadiums in South Africa to host the 2010 World Cup, a project with few long-term benefits for the country’s residents. (Photo by Stephane de Sakutin/AFP via Getty Images)

This situation has repeated itself in countries such as Brazil and Russia. “In general, what we see is that poorer countries tend to try to use the mega-event to ‘put themselves on the world map’, so to speak, while giving a boost to infrastructure construction in areas that need it,” explains Daniel Wolfe, an urban and political geographer at the Institute of Geography and Sustainability of the University of Lausanne. “Richer countries, by comparison, don’t often need to construct new infrastructure but, rather, try to use mega-events to renovate neglected areas.”

Brazil, the stage of both the 2014 World Cup and the 2016 Olympics, is a paradigmatic example – not only for having hosted the two largest sporting events in the world in a very short period of time but also for the countless cases of corruption and poor planning and execution of mobility and infrastructure projects.

The cost of major sports events in Brazil has reached stratospheric levels for a developing country. The World Cup was projected to cost $4.8bn but in the end came in at over $7bn. Brazil went on to spend more than $7.6bn to host the Olympics in Rio de Janeiro two years later in the midst of a serious economic crisis that has plagued the country since 2014. The economy continues to contract, and unemployment steadily rises.

“Far too often, [the result] is transport infrastructure that services the mega-event but not the actual people of the city,” says Wolfe. “There is a lot of pressure to perform for the mega-event, and with the whole world watching, organisers often tend to sacrifice the city on the altar of putting on a good show.”

In Brazil, he continues, “organisers promised a High Performance Transport Ring that would combine existing rail and metro systems with new transport options that fit Rio’s needs and would benefit the city for the long term, after the games”. But in the end, in contrast to organisers’ promises, the new investments have not improved transportation access or reliability for poor people living in the city’s outskirts. 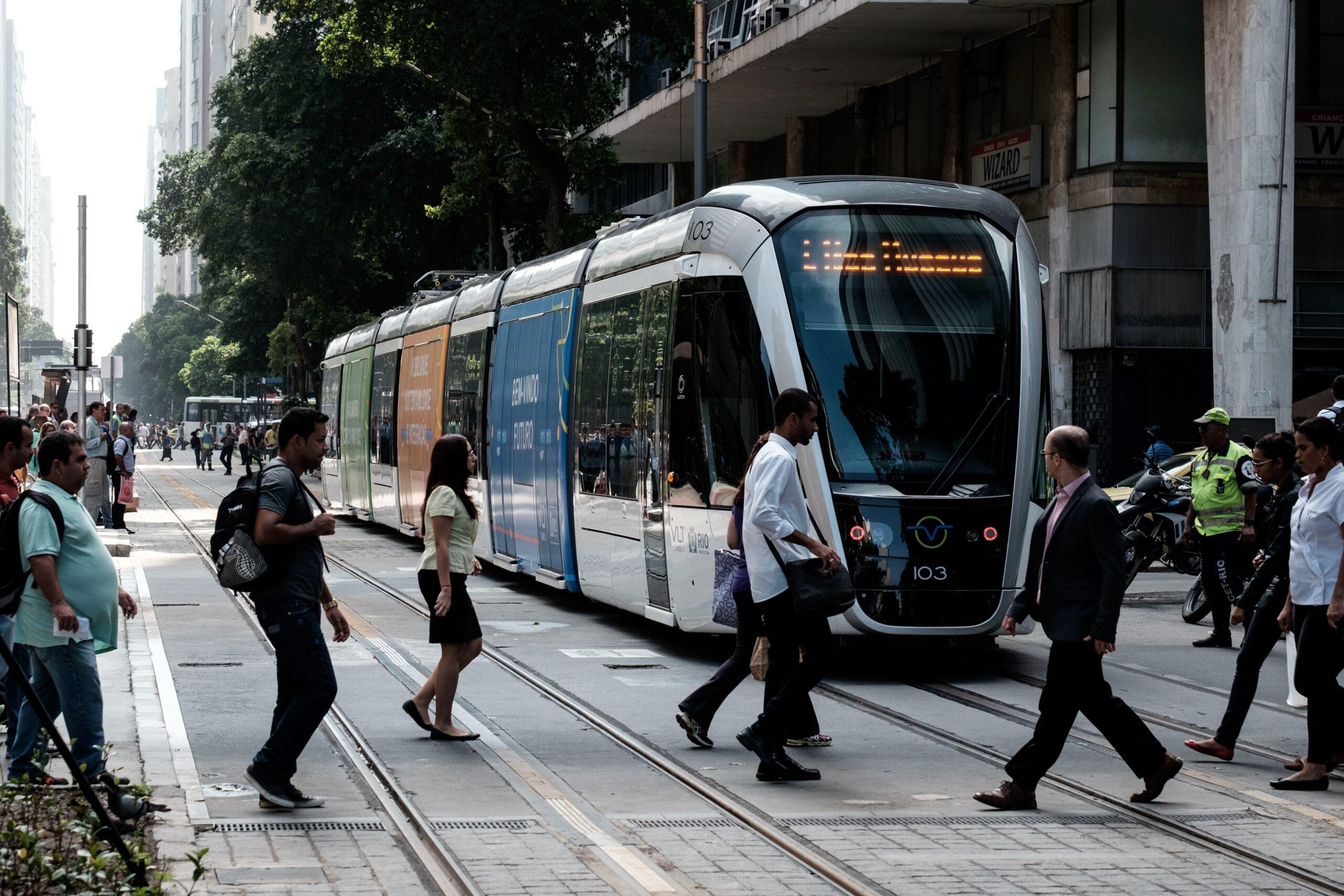 Built for the 2016 Olympics, Rio’s light rail has not significantly improved transportation access for the city’s poorest. (Photo by Yasuyoshi Chiba/Staff)

Perhaps the worst example of foolish spending, corruption and neglect can be seen in the tram systems (light-rail vehicles, or VLT in Portuguese) of Cuiabá and Rio de Janeiro. In Cuiabá, the capital of the state of Mato Grosso, the VLT should have been completed in March 2014, but it has already burned through 90% of the money to be invested, with just over 50% of the project completed. Forty vehicles purchased have already deteriorated due to lack of use.

“The legacy [of mega-events] is small compared to the potential and the investments made,” says Nabil Bonduki, professor of urban planning at the University of São Paulo. He explains that decisions on mobility projects were not made on the basis of technical studies but “were made in politicians’ offices, with strong evidence of corruption, overpricing, payment of bribes and money laundering”.

The situation in Cuiabá is so bad that the state governor, Mauro Mendes, declared in September that the project could be simply abandoned and replaced by a fast-bus system. In Rio, three VLT lines were built for a total of 28km at a cost of 1.2bn reais. However, the work is still criticised not only for the high cost but also for the lack of connection to other modes of transportation. It is further faulted for routes privileging areas of interest for real estate speculation.

“The strategy in terms of public interest is highly debatable, especially as it generates real estate speculation and gentrification, and is contaminated by corruption,” says Bonduki. “Unlike Cuiabá, Rio de Janeiro requires the implementation of more sophisticated public transportation systems, such as the VLT, but the layout could have been different if the population had been heard and if the best cost-benefit ratio had been evaluated.”

Urban infrastructure that benefits only the elite

Rafael Pereira, a researcher and head of the data science team at the Department of Regional, Urban and Environmental Studies and Policies at the Institute for Applied Economic Research, explains that among the benefits expected from the works made for major events are a reduction of traffic, pollution and accidents, “but the main objective of the investment is to facilitate access to employment, health, education and leisure areas for the population”.

On this point, Pereira says that the legacy of Brazil, and more specifically of Rio de Janeiro, is contradictory. The benefits were greater for the elite. “In practice, it was the biggest expansion of the transportation system in Rio de Janeiro’s history, but soon after the Olympics, Brazil entered a major economic crisis that hit Rio hard,” he says. “Unemployment increased, demand for public transportation decreased (bus companies cut lines, reduced supply, some went bankrupt). The whole system was affected.”

In another example of such contradictory legacy: in Rio de Janeiro, a new terminal was built at the city’s main airport, but the older one was deactivated due to lack of passengers not long after the major events had concluded. Bonduki, agreeing with Wolfe, suggests that such major infrastructure improvements must be implemented continuously, independently of events. “When the city is well structured, it can eventually receive mega-events, which, if well planned, can bring additional benefits,” he says.

Bottom line, cities should think about investing in infrastructure for their population not for immediate and short-term needs. Hosting the Olympics and similar mega-events, then, should be the conclusion of a development process, not the genesis.

Raphael Tsavkko Garcia is a journalist based in Brazil whose work has appeared in outlets including Al Jazeera, Foreign Policy and the Washington Post.