From the General Motors EV1 in 1996 and the first mass-market hybrid, the Prius, launched in 1997, to Tesla surpassing Toyota to become the highest-value car company in 2020, the past 25 years have seen an explosion of growth in efforts to make the motoring industry more green, particularly in the electric car market. 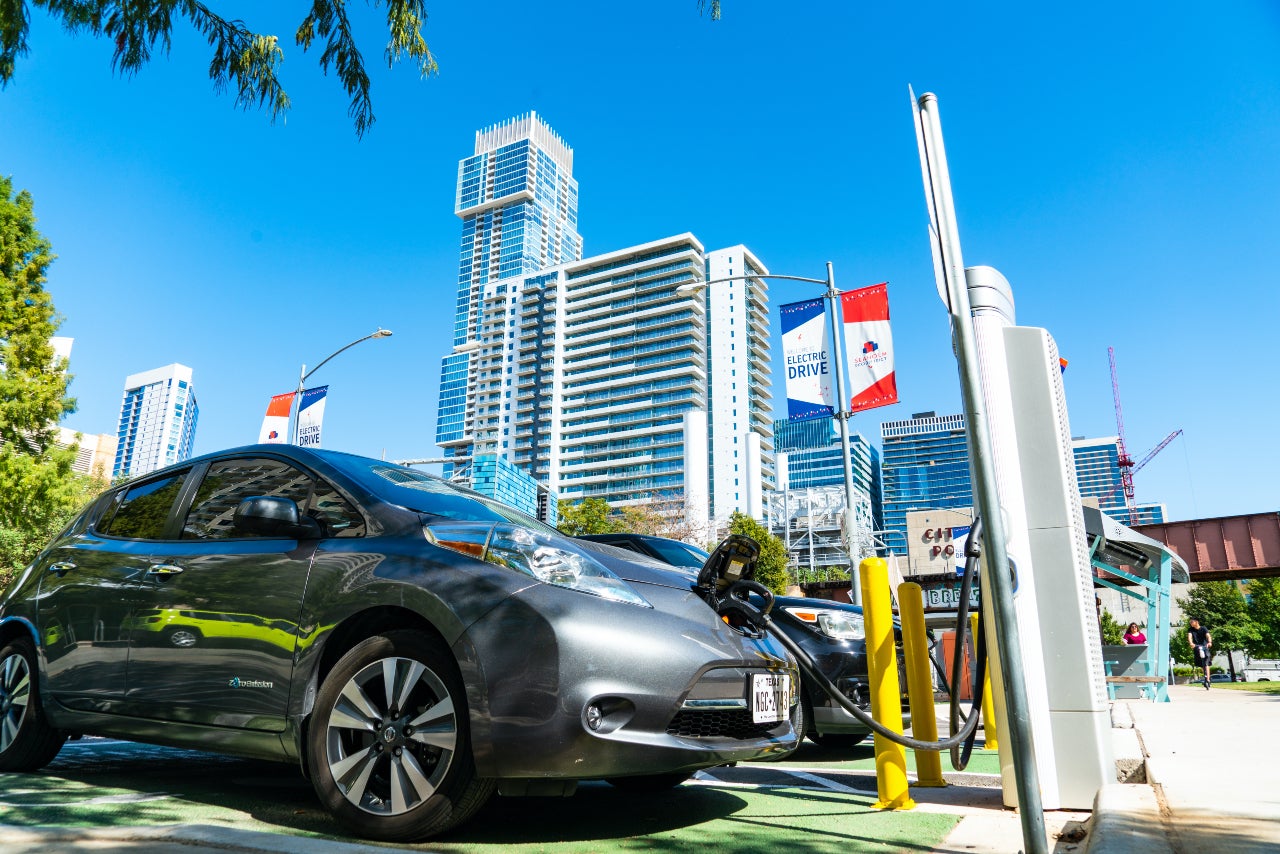 The advent of hybrid and electric cars is seen by many to be the most significant advancement in the automotive industry of the past two decades. “The General Motors EV1 in 1996 was the first all-electric car from a major automaker in our generation,” says Joel Levin, executive director of Plug In America. Although the EV1 was taken off the roads just a few years later, Levin says it was “pivotal in proving that there is demand for electric vehicles in the US” and kickstarting the new era of innovation.

“It shows a willingness to experiment in these areas well ahead of it becoming popular,” says Wells. “Some of the early developments were relatively crude by modern standards, but they were really important for laying those foundations.”

And in the past five years, that growth has exploded globally. Analysis by the IEA estimates that 2.3 million electric cars were sold in 2020, almost four times the number sold in 2015. China alone accounts for nearly half of that total, with its market growing fivefold between 2015 and 2019.

One of the biggest drivers of this is, of course, Tesla, which Levin credits with making electric vehicles well known in the US. Between December 2015 and December 2020, Tesla’s share price has grown almost 15-fold, and as of last summer it is the world’s most valuable car manufacturer, and one of the most valuable companies in the US overall. In 2020, Tesla sold almost half a million cars, a 35% increase on its 2019 sales. And in the first quarter of 2021, it continued to top its own growth, selling twice the amount sold in the same period last year.

Not only is Tesla an incredibly significant company in its own right, says Wells, but it has already had a huge impact on the rest of the market, and will continue to do so.

“What Tesla has done is shown that you can go electric and retain that sense of brand distinction and differentiation,” he says. “They make the whole electric market more interesting. It's compelled the more mainstream car companies to meet that competition head-on. You're going to be seeing in the next few years, more of the big manufacturers putting out new models that will be able to compete with Tesla.”

While electric vehicles currently make up just a small percentage of the overall market, there is huge room for growth, spurred on by government efforts to tax carbon emissions and encouraging green alternatives. Analysis by Bloomberg’s New Energy Finance research team predicts that battery and hybrid electric vehicle sales could surpass traditional gas cars by the mid-2030s.

Wells says this is more than feasible, and he predicts that as the electric and hybrid market grows, it will create a feedback loop. Gas cars’ decreasing popularity will cause a decline in gas stations, while governments around the world simultaneously invest in city charging points, making gas-car drivers the ones that experience range anxiety.

Companies will slow down their new designs and releases, Wells says, meaning there will be less choice in the future. But that doesn’t mean brands at the top end of the market will lose the opportunity to differentiate themselves when it comes to style and comfort.

“Cars have long been an aspirational purchase in the States,” says Wells. “For many years top-end brands specialised in the ability to sell not just a base model of a car, but all the other things that go on it: the seat colour, the leather, the alloys. That high level of kind of variability and customisation is all part and parcel of building some kind of mystique around the product and the brand, and this is the lifeblood of the car industry.”

Wells says the robust design of classic cars such as Rolls-Royce or Bentley, or the low centre of gravity of sports cars, makes them ideally suited to electrification, they just need to stake their claim.

“Some of the top end of the market has been relatively slow to get involved in electric vehicles; they've been a little bit tardy,” he says. “But now they’re getting on board because they can see, frankly, no alternative.”

A version of this article originally appeared on Elite Traveler.