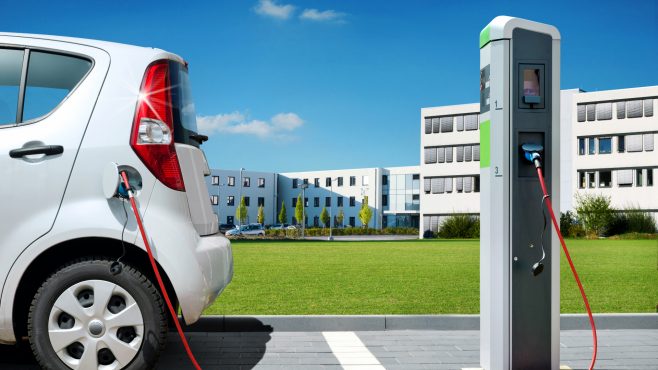 An electric car on charging spot in front of an office buildings. (Photo by Petair/Shutterstock)

A transition to all-electric cars and trucks by 2035 would save US households trillions of dollars by 2050, concludes a report from researchers at the University of California, Berkeley, Energy Innovation and GridLab.

Combining 100% all-electric car and truck sales by 2035 with a 90% carbon-free power grid would save US consumers $2.7trn between now and 2050, or $1,000 a household a year, say the researchers. The transition would also create two million jobs in 2035 and reduce economy-wide greenhouse gas emissions by 45% by 2030.

However, making that transition will require new policies to boost electric vehicle (EV) adoption. Among the measures recommended in the report are strong national vehicle fuel economy and emissions standards, targeted consumer incentives, and investments in an expanded nationwide EV charging network.

Topics in this article: Roads