Public transportation has never faced a crisis as sustained and all-encompassing as the coronavirus pandemic.

Nonetheless, over the course of a brutal year, governments of almost every wealthy nation have reaffirmed their commitment to beleaguered public transportation systems. In the US, however, despite an early intervention to address the immediate Covid fallout, advocates have a lot less confidence. 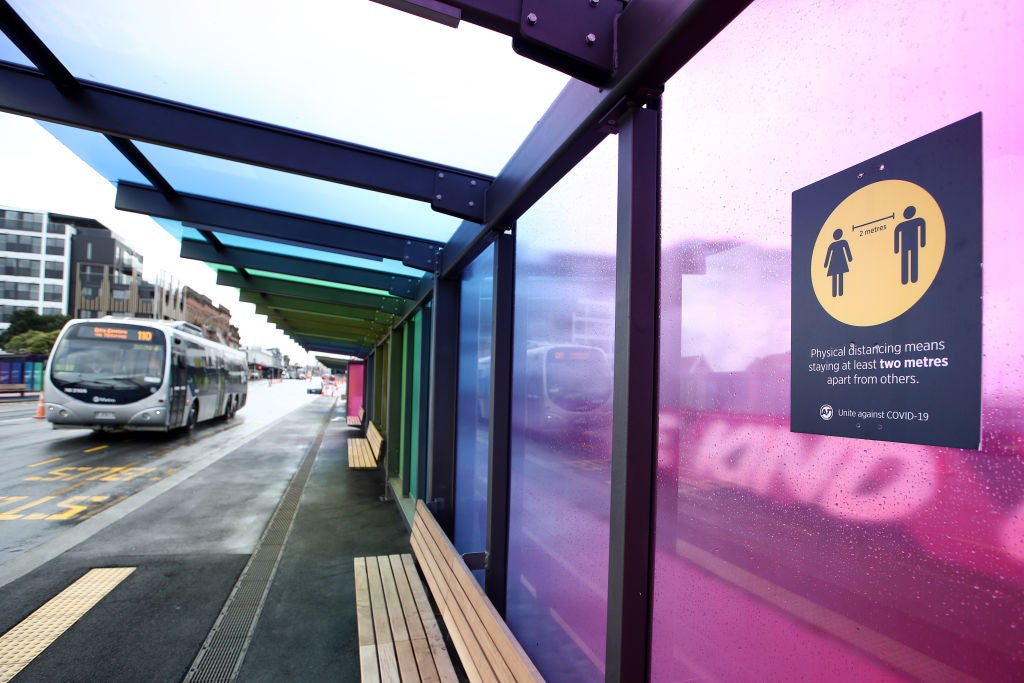 City Monitor spoke with experts in Canada, East Asia, western Europe and Australia about the impacts of the pandemic on public transportation. None feared that systems in their nations would be deprived of the funds needed to continue providing decent service – and most even believed they would keep expanding.

“Transit is deeply political, and it’s political everywhere,” says Matti Siemiatycki, associate professor of planning and geography at the University of Toronto. “But in general, the notion that transit is a public good that needs public investment is still agreed upon across the ideological spectrum. That gives you some sense of optimism that if there needs to be a bridge until things return, there will be that support.”

In the US, by contrast, systems have been preparing doomsday scenarios, and advocates fear for the future. Before the most recent stimulus package was passed in December, Washington, DC planned to end weekend Metro service and run trains only every 30 minutes. The San Francisco Bay Area mass transit system was going to lay off a sixth of its workers, and it has already radically cut back service levels.

Even with the relief offered by the December stimulus, advocates fear that US transit agencies won’t receive the kind of backing needed not only to sustain prior service but help shift people away from polluting and carbon-intensive car usage. By contrast, transit operators in other wealthy countries have avoided struggling along in survival mode.

In the US, the political system has created a coalitional arrangement that is highly polarised around density and ensures that the Republican Party – with its rural and exurban base – is disinterested (if not hostile) to transit. To make matters worse, public transportation is a way of life in only a handful of cities. Most of the sprawling country is accessible by car alone.

Many of the wealthy East Asian nations are also compact and deal with similar constraints. But advocates in sprawling countries like China, Canada and Australia are similarly confident their systems can emerge from the crisis intact – even if they aren’t sure just how yet.

That doesn’t mean there hasn’t been pain. Many governments were initially slow to provide relief (with the exception of the US), and layoffs were only narrowly avoided in Canadian systems, for example, as a result. In the UK, a long-awaited train line dubbed Crossrail 2, meant to connect south-west and north-east London, has been cancelled as part of a £1.8bn ($2.5bn) rescue package for the city’s transit system.

By the summer, aid money was flowing, and infection rates were falling in many countries (again, with the exception of the US). Ridership levels began to climb in cities like Paris and Berlin, where residents were encouraged to go back to work, while a few countries, such as New Zealand and Taiwan, smothered infection rates.

Since then, the real test has begun. As second and third waves of Covid have ravaged much of Europe and North America, ridership has fallen again after the summer recovery. Even in East Asian and Pacific island nations that have held the pandemic at bay, full ridership hasn’t yet returned. Taiwan conducted one of the most successful efforts to repress Covid in the world, and Taipei’s post-Covid ridership is the highest of any system. But it’s still not consistently at 100% of its previous volume.

“Globally, ridership levels have rebounded, but no city has gone back to where they were originally,” says Graham Currie, professor of transport engineering at Melbourne’s Monash University.

The resurgent virus isn’t the only reason that mass transit systems will face funding challenges for a long time to come. The pandemic offers a large-scale – and successful – work-from-home experiment that many believe could at least modestly shift demand for public transport away from the rush-hour-oriented model that dominates many cities. It is unclear how long residual fear of infection could last, especially as new strains of Covid emerge, and vaccine coverage is likely to be uneven.

Currie and his colleagues at the Public Transport Research Group have studied ridership trends in Melbourne, where the coronavirus was suppressed by the end of 2020, and they projected that public transport ridership as a whole would return to 80% of prior levels before stalling out. In Melbourne’s central business district (CBD), Currie’s group projected that 30% of pre-pandemic riders would still be missing in the medium term.

In similar cities, like Auckland, where the virus has been repressed for far longer, a comparable proportion of riders was still missing as of early December. Currie believes that this foreshadows a lengthy ridership recovery even after Covid has receded, partly because of residual fear and partly because work-from-home policies will change where a substantial proportion of CBD employees spend their working hours. (But he also argues that as cities begin to grow again, which he expects in places as varied as Melbourne, Singapore and London, ridership decline will recover through population growth.)

The notion that transit is a public good that needs public investment is still generally agreed upon across the ideological spectrum. Matti Siemiatycki, University of Toronto

“It’s a double whammy for CBDs,” says Currie. “First, subways are particularly bad psychologically because they’re underground. Second, the increase in teleworking will last past Covid-19. Don’t get me wrong – it’s only going to be a small share of the workforce, but it will have a particular effect in downtowns.”

This is an existential challenge to the commuter rush hour service that many transit networks have prioritised. But the response does not have to include the rounds of downsizing that many systems in the US fear are coming.

“If you slash because you have to cut costs no matter what with a short-term view, you may be damaging severely the transport systems and even the urban environment in the longer term,” says Sylvain Haon, senior director of strategy at The International Association of Public Transport. “We definitely encourage authorities to be very careful about this.”

Instead, Haon argues that the Covid crisis could present an opportunity to provide more consistent service throughout the day and mitigate the eventual return of the traditional rush hour crush.

“If you’re revising your operations [anyway], that drives you to accelerate the rethinking of your network,” says Haon. “This is probably the time to do it. Ideally, if we can spread the demand more equally throughout the day, it’s a win-win. You improve the quality of the travel, you improve reliability and even cost-efficiency.” 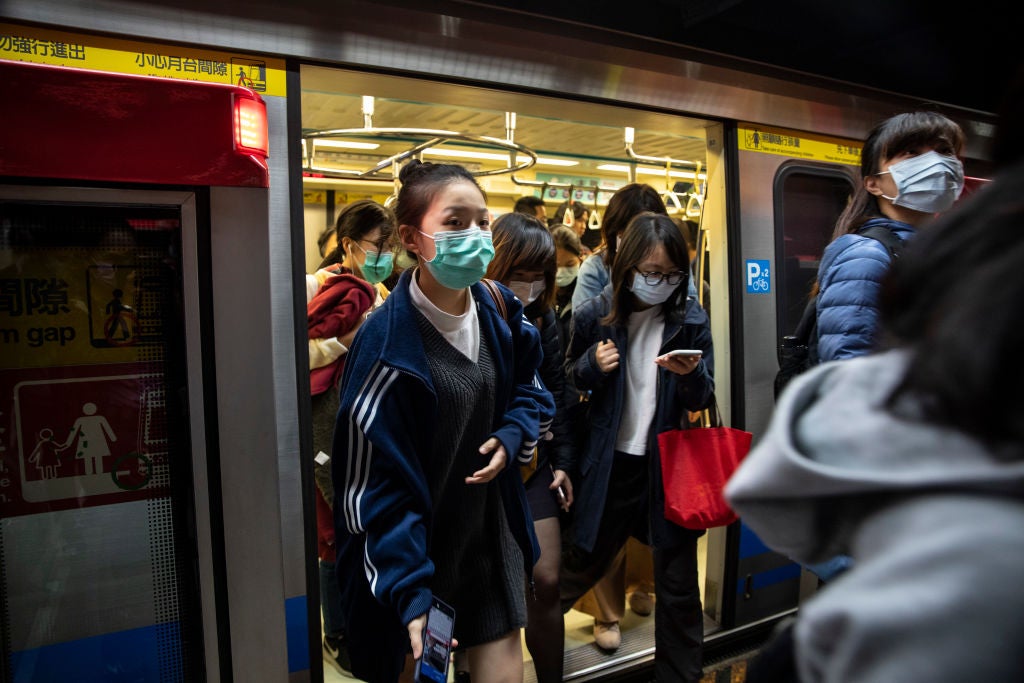 The city-state of Singapore has long offered differentially priced off-peak fares to incentivise travel during late-night or midday periods. Currently, Milan is trying to spread out the schedules of schools, universities and offices to ensure there isn’t transit crowding throughout the day. In Montreal, the advocacy group Trajectoire Québec reports that transit operators are seeking to offer more service in the evenings and weekends, and less during traditional peak times.

“The new situation where people aren’t working in city centres as much, maybe not travelling as often and not travelling at peak times – we should take that as a good thing,” says Simon Jeffrey, policy officer at the Centre for Cities. “It would be great if we can make more efficient use of our [system], making it a more pleasant journey. London just needs to move to a new model.”

With potentially lower ridership or cheaper off-peak fares, mass transit systems may need to find alternative sources of revenue. Congestion fees and parking taxes could be used to help coax fearful riders out of their cars, Jeffrey argues, ensuring more riders for public transportation. In cities that already have such policies, a congestion fee’s geography could be expanded and its prices increased to deal with the Covid-related influx of automobiles.

Such policies could be especially important in cities like London, where the central government demanded the hefty price of a cancelled subway line in return for the latest fiscal aid package. It’s certain that for the foreseeable future, more subsidies will be needed to keep systems operational. As cases worsen in countries like Germany and Canada, the shape of their next round of relief is not yet clear.

Still, advocates do not doubt that help is coming.

“All these governments continue to talk about the importance of transit investments as part of the recovery effort,” says the University of Toronto’s Siemiatycki. “The idea of transit remains strong, but there’s blurriness in when we’ll get back to what it was.”