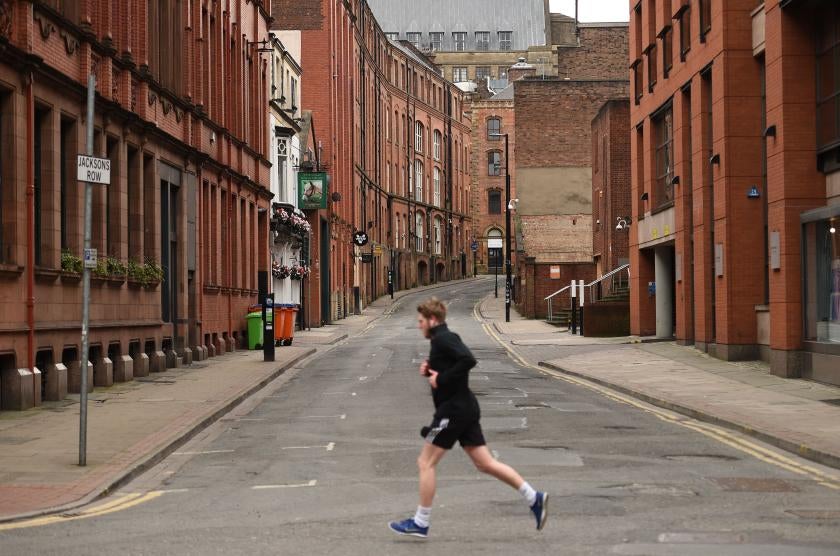 One of the few upsides to this global pandemic, if there can be such a thing, has been what it’s done, at least temporarily, for air quality. A precipitous fall in traffic on the roads has in many places meant a fall in air pollution levels, too. All that’s meant that, for those who are still braving the suddenly empty streets, the experience has been unusually pleasant.

Doing so is not always easy, of course: many of Britain’s pavements are so narrow that it’s all but impossible to pass someone on foot without breaching social distancing rules. To combat that, and to lock the current benefits in, large chunks of the country’s nascent urbanism community has been pushing for the UK to use the crisis to rethink how much space it gives over to cars permanently. Last month, several dozen transport researchers signed an open letter calling on the government to “protect the right to walk and cycle safely… [free] from risk of infection and traffic injury”. In an accompanying submission, the charity Sustrans called for “emergency infrastructure, such as bollards and better lighting to make cycling and walking safer for travel to work and shops”.

Some councils are taking such calls seriously. On Tuesday, the Times reported that Manchester had closed Tib Street to traffic, using cones to create two temporary cycle lanes through the city’s Northern Quarter. Both the city of Brighton & Hove and the east London borough of Hackney, meanwhile, are drawing up lists of streets to go car-free. Such schemes would improve quality of life for pedestrians and cyclists, of course; but the resulting reduction in traffic will also mean positive externalities in the form of cleaner air for everyone, including those who still need to drive.

In other ways, though, the coronavirus crisis has sent what few moves Britain’s cities were making towards cleaner air into reverse. Since 2015, in an attempt to address the fact its cities have some of the worst air pollution in Europe, the government has been planning to introduce “clean air zones”, systems which will use cameras to monitor city centres in Birmingham, Leeds and Bath, and issue fines to drivers of vehicles that don’t meet emissions standards. To enter the zone bounded by the Birmingham Middleway ring road, for example, drivers of pollution-spewing private cars or other smaller vehicles will have to pay £8; for heavy goods vehicles, it’ll be an eye-watering £50. This, it is hoped, will improve air quality, if not discourage driving altogether.

The launch date for these zones had already slipped from January 2020 to this summer. But now, thanks to the crisis, they won’t arrive before January 2021 at the earliest.

Meanwhile, Manchester has abandoned its consultation on plans for its own clean air zone, and Oxford has delayed its “zero emissions zone”, an area of the city centre in which only zero emission vehicles can enter, from December to next summer. London, meanwhile, has suspended existing traffic measures including the congestion charge and low emission zone, until further notice.

All this feels like a backward step. As Jon Burke, Hackney’s cabinet member for transport, tweeted on Thursday: “Even in the midst of a health crisis exacerbated by air pollution; even though air pollution already claims the lives of 40,000 people a year; politicians and council officers up and down the land are using coronavirus as an excuse not to do their job.”

That may be a little unfair: a time of economic crisis, in which large chunks of the population aren’t meant to leave their homes at all, is probably not the ideal moment to roll out policies involving a lot of software and cameras. Nonetheless, this backsliding on anti-pollution measures does serve to highlight quite how difficult it will be to wean our cities off motor vehicles. Large numbers of people are crying out to clean up the streets right now. If not now, when?