At a midweek lunchtime in late June, a woman browsed the travel-writing shelves at Waterstones Piccadilly in central London. The shop, which claims to be Europe’s largest bookstore, was otherwise quiet. James Daunt, Waterstones’ managing director, gestured to the woman from the shop’s café, where he was sipping a coffee opposite me. “We all know she is picking out a book that she can get from Amazon and it would save her a quid, or whatever it is,” he said. “But as it pops through her letter box she will get only a fraction of the enjoyment that she would if she buys it here.” 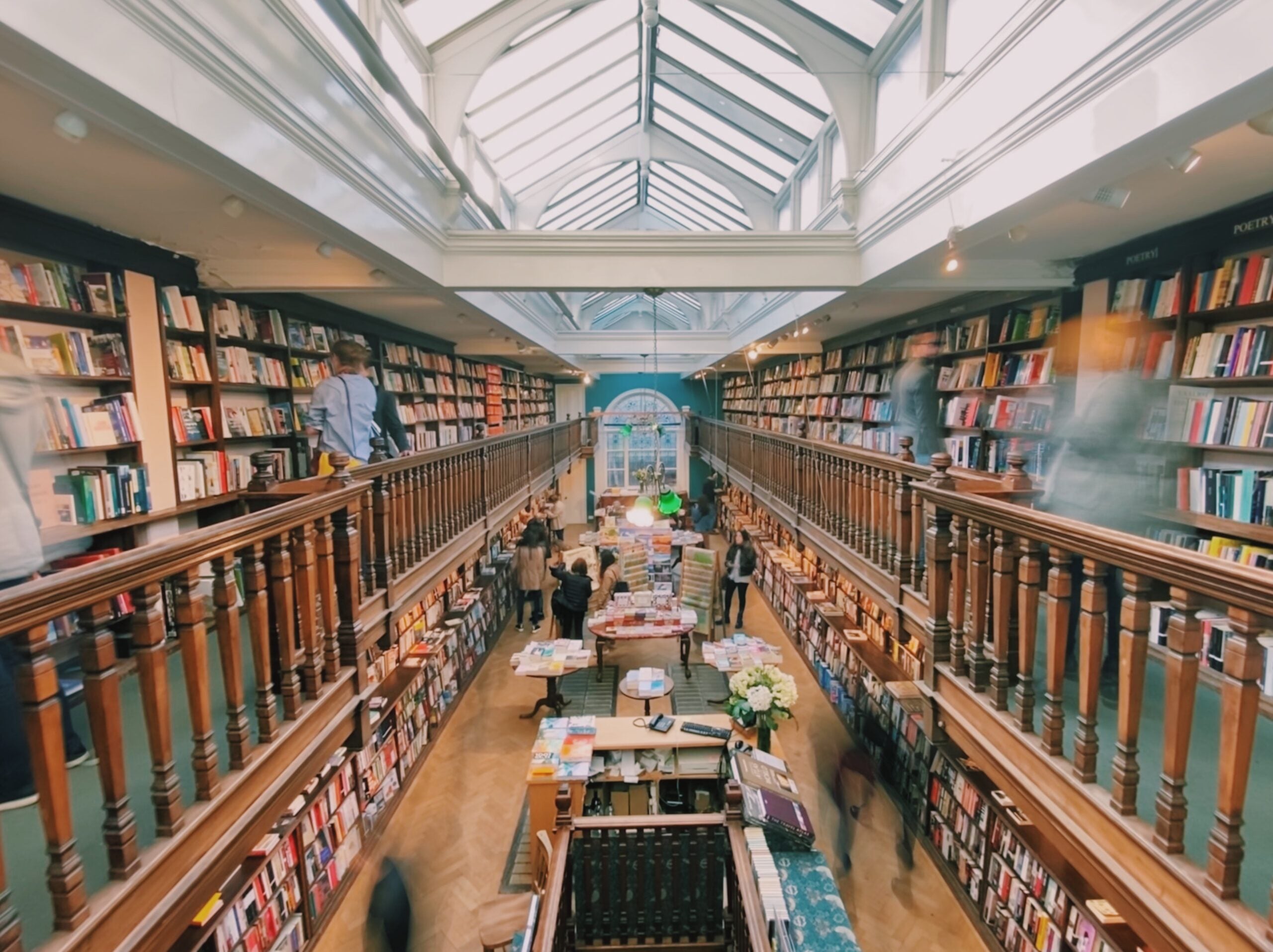 The curation of an inspiring browsing space is paramount to his business strategy. “A lot of it is visual – the attractiveness of books – and then it’s how do you get the right titles, the right juxtaposition? How do you tease people? How do you amuse people? How do you get people into your shop, and how do you keep them there?” He nodded towards the woman again. “And in half an hour’s time she’ll probably still be there. Now, if we’ve done it well, she’ll also walk out with something. Most importantly, she will have had a really nice time.”

Daunt, 57, wore a checked shirt and jeans, and sat below a poster of a vintage cover of Angela Carter’s Nights at the Circus, having cycled in from Hampstead, where he lives with his wife and two daughters. He was remarkably soft spoken given his prominence as a businessman. After graduating from Cambridge University in 1984, he worked as a banker at JP Morgan before founding Daunt Books, an independent shop in Marylebone that now has nine branches and its own publishing imprint.

In 2011 he was brought in to “save” Waterstones from bankruptcy, as Amazon’s growing domination, bringing with it the rise of e-books, threatened the high-street retailer. He succeeded: in 2016 Waterstones made a profit for the first time since the 2008 financial crash.

As such Daunt has been heralded as “the man who saved Waterstones” (the description is “obviously ridiculous”, he said) and has now been tasked with doing the same for Barnes & Noble, which has more than 600 stores in the US. His strategy there is “an exact parallel” to what he did in the UK: to break up the “homogeneous beast” of the brand, allowing managers to run their own shops – choosing which books to stock and how to display them. Each of the UK’s 280 Waterstones branches, from Piccadilly to Middlesbrough, is different. Daunt is comfortable with “variance in execution”, where most retailers are not. “We have to respond to our customers. And it’s booksellers who drive what a shop is like: you have to let them do it.”

For all the confidence he has entrusted in his booksellers, Daunt remains steadfast in his insistence that he cannot pay all Waterstones staff the living wage. A petition asking the company to pay employees £9 an hour (or £10.55 in Greater London) was signed by more than 9,000 people; a separate petition on the same matter had the backing of more than 2,500 authors, including Sally Rooney, whose novel Normal People won the shop’s “book of the year” accolade in 2018.

Daunt insisted that the number of Waterstones employees currently earning less than the living wage is “relatively small”. Whereas most retailers pay 80–90% of their staff the living wage, with a small number of managers on higher pay, Daunt has built more increments into the Waterstones career structure, allowing what he called the “committed career people” who show “vocational aptitude” the opportunity to work their way up beyond the living wage. It is these employees he cares for most. “I don’t think the living wage is remotely adequate for anyone trying to have a career,” he said in defence of his policy. Waterstones hires seasonal workers, particularly around Christmas. “Now, would I rather be paying them the living wage? Yes. But then I have to take money off the vast majority of my people. Should I do that? I’d get a lot less grief if I did. But is it right?”

Another decision Daunt “got grief” for was his attempt to keep Waterstones open early on in the pandemic. While other retailers voluntarily closed, Daunt fought to stay open, saying Waterstones was “no different to a supermarket or a pharmacy”. Staff complaints prompted a U-turn just before the first nationwide lockdown was announced. Covid-19 closures resulted in a “massive loss of sales”, and though Daunt said regional branches had recovered well, there were “clear difficulties in the metropolitan city centre shops”. Waterstones’ online offering (pre-pandemic, its website accounted for 8% of its sales) won’t ever compare with Amazon, whose threat lingers.

That said, while Amazon has long been blamed for the demise of the high-street book trade, Daunt is sanguine. “I’ve always been very happy with the view that we co-exist with Amazon,” he said. “Some parts of what they do have been really welcome: we used to have, frankly, all the boring books in the shops; now we don’t have to because Amazon supplies those.”

Daunt sees the existence of books on Amazon as a positive for the wider book-buying ecosystem. “Amazon spreads readership and ownership of books. Ultimately, if you’re buying books and reading books, you will turn up in a bookshop at some point… As long as Waterstones has good shops, we’ll be fine.”

Topics in this article: Retail

Ellen Peirson-Hagger is the New Statesmanâ€™s assistant culture editor.
Websites in our network