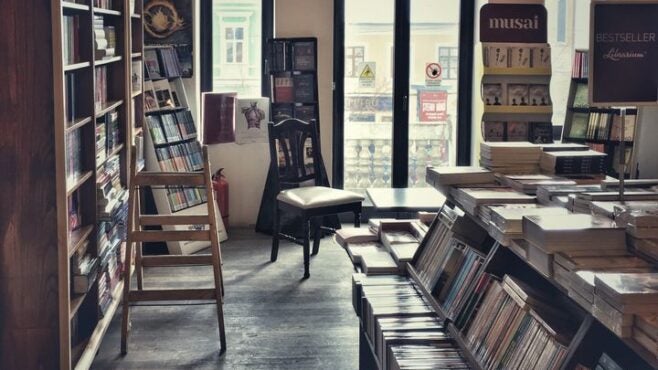 Bookstores like this one in Milan can contribute to the economic and sociocultural health of communities. (Photo by Sabrina Bertazzo)

Milan is one of the liveliest cities in Italy, not least because of the multitude of independent bookstores distributed throughout the locale. Books are a prominent part of the urban scene and, despite technological progress, are still considered irreplaceable by most Italians. And bookstores contribute to the sociocultural and economic growth of the city.

Indeed, there is a belief here that paper books and those who sell them have a role in shaping the future of citizens. A law passed in the city last March supports this notion and hopes to help bookstores remain a vital part of the urban realm.

Broadly, the law (Legge 13 Febbraio 2020, n.15) helps booksellers combat competition from big e-commerce. Specifically, it covers various aspects of culture and reading, such as initiatives for promoting literacy, particularly in schools, and enhancing the status of books and bookstores. It also aims to reduce the unfair competition in the book market that has contributed to the crisis experienced by booksellers.

A similar legislative proposal was first presented (but failed to pass) in 2013. Flavia Piccoli-Nardelli, a member of the chamber of deputies in the Democratic Party and co-sponsor of the law, reports data showing that at that time, as an indicator of literacy, “46 Italians out of 100 read at least one book a year, compared to 70 in France, 82 in Germany, 76 in Great Britain”. Those figures, she points out, haven’t improved. She hopes the law will help change that: “Italians don’t read much,” she says, “yet reading constitutes a fundamental basis for the economic, social and cultural growth of a country.”

To buy on Amazon is to impoverish your neighbourhood. Vittorio Graziani, Libreria Centofiori

Piccoli-Nardelli defines the 2020 version of the law as a framework in which to attach more ambitious regulations. The legislation sets down in black and white the strategic importance of reading for social, economic and civil progress – an important step for a country that appears to have one of the lowest rates of literacy in Europe. The government has established a fund for the implementation of a National Action Plan with an annual budget of €4,350,000 ($5,275,767).

The greatest amount of excitement has been generated by the measure’s imposition of a reduction in how booksellers (any entity that sells books, including online shops) can discount titles. It amends the previous law, known as “Legge Levi”, that allowed a maximum 15% discount. That percentage has now been reduced to 5%. The new law is in line with other European countries, such as France, where the law establishes a fixed price for books and limits price discounts to 5%.

Limiting the discount to 5% is a relief for small bookstores that have been struggling to compete. Many believe the law will result in a decrease in the price of books in the long term. Vittorio Graziani, a merchant at Libreria Centofiori, a historic independent bookstore in Milan and one of the city’s largest, is optimistic. “It’s no longer about the price of a book but the quality of the service offered,” he says. “Everyone is happy.”

Not everyone. Alessandro Gigliola, a bookseller at Libreria del Mare, which specialises in seaside and navigation books, is not too keen about the law because he contends it doesn’t touch upon the real issues. “The underlying problem is cultural,” he says. “It should be addressed in a more articulate way, starting from the education sector.”

The Association of Italian Publishers (AIE) has always been against this change. AIE’s president, Ricardo Franco Levi, co-author of an earlier law that allowed higher book price discounts, predicted that the more recent law would be harmful to the market, discouraging book sales and readers. He says that it “will weigh on the pockets of families and consumers”.

Graziani is sceptical of that take. Large publishers and large groups, he says, “have always been against this law, even blindly”. 2020 was a better year than 2019 for his bookstore, he says: sales increased, as did community, even in the midst of Covid. “People have realised how important their neighbourhood is. It’s the 15-minute law – you have to do everything within 15 minutes’ distance from your home. This has become a treasure.” To buy on Amazon, he says, “is to impoverish your neighbourhood”.

Historically, Italy has had a problem with low levels of literacy and a small number of readers, but Allodi believes his city is experiencing a cultural boost. “The wind is changing, and we talk more about books,” he says.

Graziani also believes change is underway: “Big chains will review their range of action, probably creating smaller stores in neighbourhoods. People want to enter warm and welcoming places. In my opinion, this is the future of bookstores.”

Topics in this article: Cities, Retail

Stefania Frustagli is an Italian freelance journalist based in the United Kingdom.
Websites in our network