The price of British rail travel is a near-constant bugbear of daily commuters and occasional passengers alike. It’s not uncommon for travel between Britain’s largest cities to be cheaper by flight than by train. At the time of writing, a one-way ticket from London to Edinburgh, purchased on the day of travel, costs £126. The same one-way journey by plane, also purchased on the day, costs just £83. 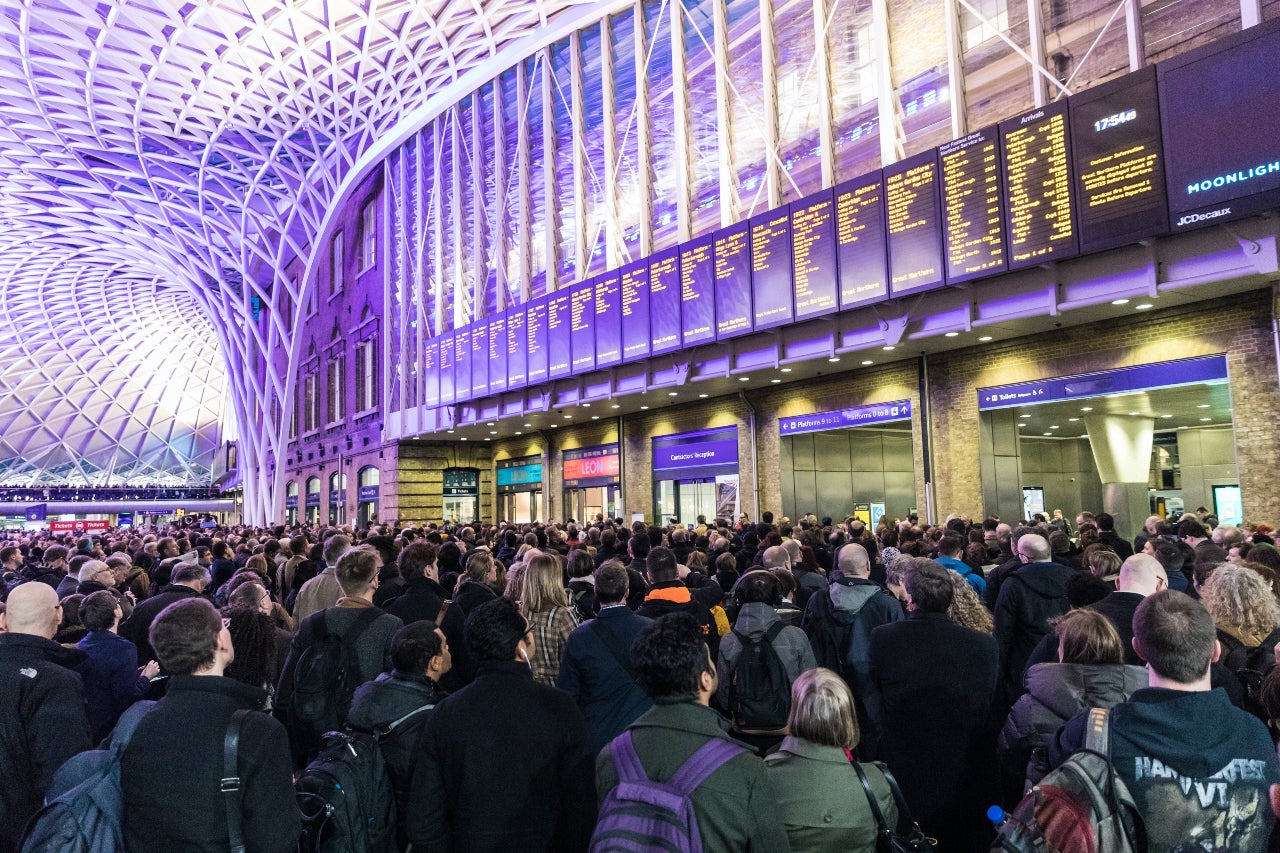 Unlike in many other countries (such as France) where train journeys often have a fixed price, the fares paid by British passengers fluctuate according to which operator passengers use, as well as the date tickets are purchased, the time of travel, and the changing demand for that particular service. Fares are set automatically according to computerised calculations, as UK train companies try to increase revenues by filling seats on emptier trains by offering much cheaper tickets well in advance. The confusing differentials can result in passengers in a single carriage all paying different amounts for their journeys. In 2019, BBC Reality Check found that the UK had the second-cheapest rail travel in Europe if tickets were booked one month in advance, but the most expensive if bought on the day.

Norman Baker, a former Liberal Democrat MP and an adviser to the Campaign for Better Transport, says the current system is disjointed and in need of serious reform. “It shouldn’t require a degree in railway ticket practice to find the best fares, but the current fares and ticketing system is so complex and hard to navigate that passengers are often left out of pocket,” he says.

The government’s recent Plan for Rail, which sets out Transport Secretary Grant Shapps’ strategy for the biggest shake-up of British railways in a generation, says that the privatisation of the 1990s was “meant to foster competition” and “bring greater efficiency”. It goes on to admit that “little of this has happened”. Instead, competition is limited (“two-thirds of contracts since 2012 have been issued without competition”, it says), and fragmentation, confusion and lack of accountability between multiple profit-seeking operators has become the norm. Twenty-eight companies charge different amounts at different times, for tickets that are only valid on certain routes and priced according to the date of purchase.

The government’s own figures show that average fares have increased by at least 23% since privatisation. Earlier this year, it was announced that rail fares would rise by 2.6% in England and Wales, an additional 1% increase above the RPI rate of inflation. Following the increase, an Avanti West Coast season ticket from Birmingham to London is projected to cost £11,204, having risen by £3,467 since 2010.

The government has attempted to justify the most recent price hike with reference to the £10bn worth of taxpayer support that operators have received to subsidise trains running through the pandemic. This is not likely to impress passengers, who provided as much –  £10.4bn in revenues – to the private railway franchises in 2019–20 alone. That revenue figure is in addition to the huge taxpayer subsidy provided to the rail industry, which in real terms now outstrips the investment government used to provide to its own publicly owned service before privatisation, according to the Office for Rail and Road.

Mick Lynch, general secretary of the RMT, a trade union representing railway workers, lays the blame for our high railway costs squarely at the door of privatisation policies. “Unlike trains in the rest of Europe, which tend to be publicly owned and have cheaper fares… most UK trains are privatised, which means that a profit has to be paid out, reducing the scope for fare cuts,” he says.

He estimates the annual profits paid out to Britain’s railway operators at “about half a billion a year”, and says that any future fairer settlement would have to result in passengers paying a lower proportion of the costs of the railways.

Cat Hobbs, director of We Own It, a pressure group that campaigns for public ownership of rail services, agrees wholeheartedly. “As a proportion of salaries, Brits pay five times as much in rail fares as their European neighbours,” she says. “The reason is that our railways have been chopped up and privatised… As long as private operators are running the show, our fares will continue to go up and up.”

The likes of TUC chief Frances O’Grady have suggested that the UK has the highest rail fares in Europe. This is true in some ways but untrue in others. Research by Vouchercloud, a money-saving website, put the UK top of a list of 40 countries for railway pricing, calculated at the cost per mile of a 50-mile journey from the capital city to another destination roughly 50 miles away (in the UK’s case from London Paddington to Oxford). Similarly, a 2016 report by the European Commission found that, by some measures, the UK’s rail transport was indeed among the most expensive.

But the UK’s tickets were found to be much more economical when journeys were booked a month in advance. And since most UK train operators offer return journeys for only a fraction of the cost of a single journey, when these were factored in the UK became cheaper still. Despite the high pricing, the report also showed that the UK had the highest annual growth in passenger-kilometres of any EU member state and had above-average passenger kilometres travelled per capita (seventh out of 27). In other words, the UK’s railways are incredibly popular, in spite of the pricing system.

Andy Bagnall, director-general of the Rail Delivery Group, the body representing Britain’s private train operators as well as Network Rail and HS2 Ltd, says “rail companies offer good deals on advance tickets and railcard discounts, which on average can save people up to £142 a year”. But he also points out that lower fares have to be accompanied by more support from the government. “Only governments can ultimately decide the balance between how much farepayers and taxpayers pay for running the railway,” he says.

“Before the pandemic, successive governments of all colours adopted policies to shift that balance towards farepayers, with the result being lower subsidies but higher fares.” (The vast majority of current subsidies are going towards infrastructure mega-projects like HS2 and Crossrail, rather than making journeys more affordable.) “Train companies have long said they want to work with the government to reform the fares system to make it easier for people to buy a good-value ticket and that’s why we supported the introduction of Flexi Season tickets, which are a step in the right direction, but we want to go much further.”

It remains to be seen what effect the government’s Plan for Rail will have on pricing across the board, although it promises more flexibility and a roll-out of e-ticketing. Even though the proposed Great British Railways body will have sole responsibility for collecting fares, private companies will still have a major role to play, and so will be operating routes at a profit. As costs for major infrastructure projects soar, and while the popularity of railways continues to grow, a cash-strapped government is unlikely to spend on subsidies for more affordable tickets. High prices on the railways are likely to remain a motif for the British commuter for some time to come.