You need to get across town, and Google Maps tells you exactly what to do. You walk 500m to a bus stop and wait for five minutes; your bus arrives, and during your short ride, traffic lights give you priority; you hop off the bus and onto a train for ten minutes; a final 200m walk takes you to your end destination. Each part of your journey is paid via a contactless card, capped at a daily limit. 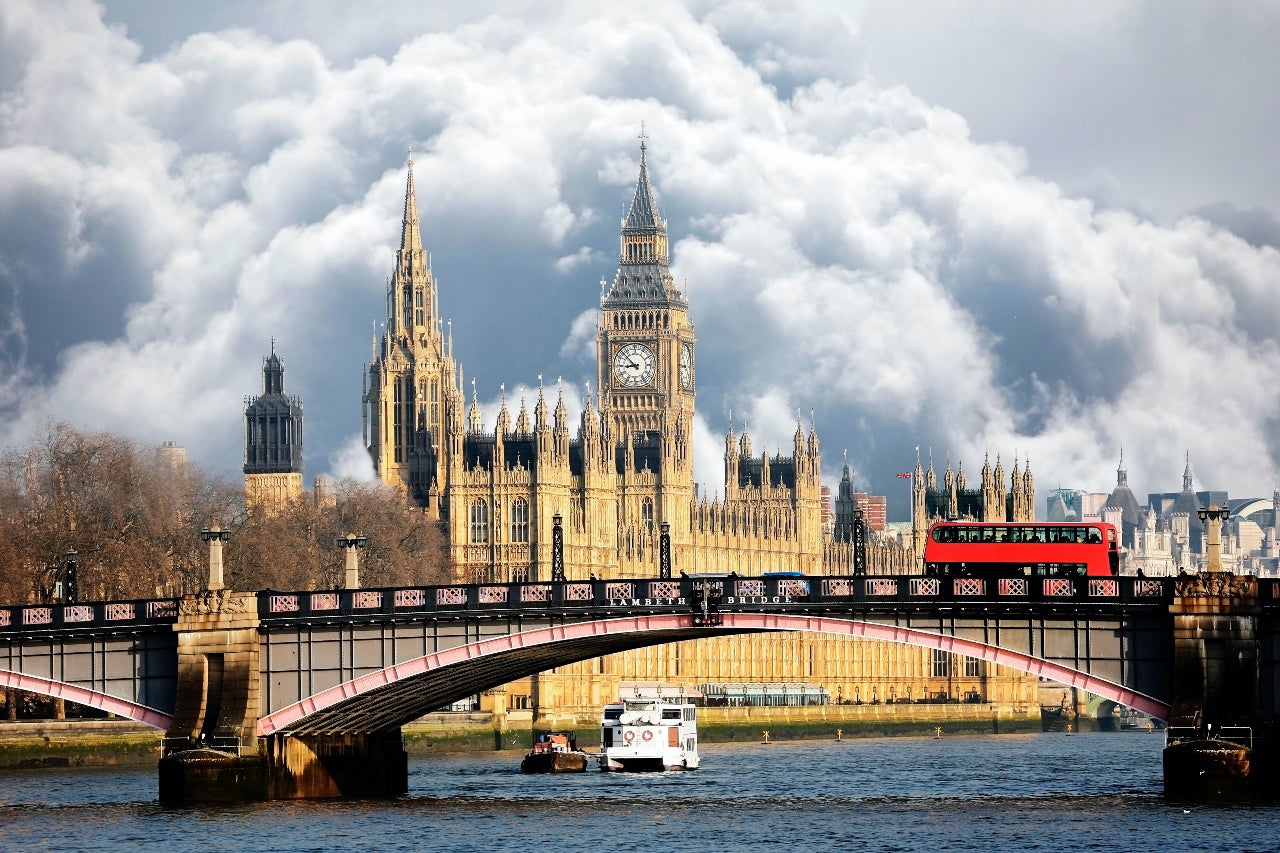 Sound seamless? This is an integrated transport system, where different transport modes are combined cohesively to make getting from A to B as quick and cost-effective as possible.

London is known for its integrated system, which is owned by Transport for London (TfL), an umbrella government body. Certain services, like bus operations, are franchised to private companies, but still operate within TfL’s control.

Elsewhere in the UK, wholly privatised systems mean there is no overarching owner, and several operators run competing services. Regions such as Greater Manchester are now seeking more joined-up networks and are looking to London’s public ownership model. The model has recently inspired the Department for Transport to propose a similar state-owned body for national rail called Great British Railways, which is set to launch in 2023. 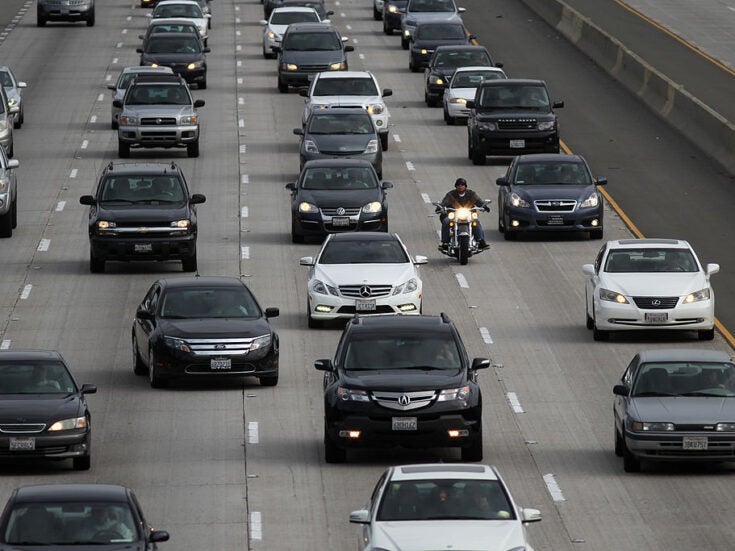 The argument for this is compelling. It is estimated that more than 16 million people in England and Wales travel to work by car, including two-thirds of city dwellers, but London’s car ownership is comparatively low – 55% of London households own a car compared to 80% of households across the rest of England. Increasing use of public transport can positively impact the environment and people’s health – but is state ownership the best way to convince people to ditch the car and take the bus?

Admittedly, London’s transport model is not straightforward or totally state-controlled. The London Underground is operated entirely by TfL, but buses, trams and the London Overground are franchised, so while TfL oversees fares, routes and timetables, competitive contracts are awarded to operators to run services, which includes hiring staff and buying or leasing vehicles.

The franchised model simplifies travel for the customer, says Geoff Hobbs, director of public transport service planning at TfL. Bus fares are consistent at £1.55 with a daily cap of £4.65, payment is all contactless, and there are travel cards for use across all buses or multi-modal travel. All other transport modes are capped as well – you can travel all over town for 24 hours and not pay much more than a single average taxi ride.

Integration also means the design is consistent and information centralised. The TfL website is a one-stop shop for all travel information – up to and including offering you advice on which streets are best suited for cyclists – and staff on the ground tend to have comprehensive knowledge.

There is a further benefit: TfL’s timetable control means a fairer spread of services. Different bus operators are not competing for the most popular routes and neglecting less busy areas, unlike in cities such as Manchester, where a focus on profit has seen several routes cut over recent years.

“When timetables are decided commercially, services are piled on popular routes and times of day,” Hobbs says. “If our system wasn’t integrated, you would see bus operators competing with the London Underground rather than resourcing quieter areas. We can make things complementary rather than competitive.”

Services are timed to avoid long waits between two modes, such as Tube and bus, and walking paths and bike facilities are placed near stations, encouraging more people to incorporate active travel into their journeys.

TfL also has the power to push private operators to be more sustainable. Under government regulation, all contractors need to ensure their buses meet Euro 6 and Ultra Low Emission Zone (ULEZ) standards, and the model helps government “accelerate the rate of change” to alternative fuels, says Hobbs. Six per cent of London’s 9,000-strong bus fleet is currently electric and hydrogen, with Mayor Sadiq Khan aiming to make all buses zero-emission by 2030.

There is a consensus that the most valuable thing transport leaders can do to tackle climate change and air pollution is make services more desirable and efficient. Road management falls under TfL’s integrated system, so buses are given priority through designated lanes, and even traffic lights are programmed to turn green as they approach.

“I can turn the fleet green, but if there are no passengers riding it’s all for nothing,” says Hobbs. “The biggest single contribution is to transfer trips from private car to public transport.”

Currently, 250 million car journeys of less than 1km are taken every year in Greater Manchester. Chris Boardman, the region’s transport commissioner, hopes that a new integrated transport system – including a franchised bus model bringing services under the control of Transport for Greater Manchester – will encourage more people to ditch the car, as set out in the Greater Manchester Transport Strategy for 2040.

“To tackle climate change and the health crisis, it is essential we give people a viable alternative to driving,” says Boardman. “You have to ask: what would make people get out of their car? It’s got to be easy, reliable, affordable and roughly as quick.”

By 2040, the city hopes to introduce standardised fares with a daily price cap, a coordinated bus service and a comprehensive cycle and walking network, with 100km due to be ready to ride this year. Cycle hire will be included within the daily cap – something London is yet to do. Greater Manchester has also pledged to deliver the UK’s biggest cycling network, at 2,900km long.

The new system will help towards achieving Greater Manchester’s climate target of net zero by 2038 and aims to encourage people to exercise – physical inactivity is responsible for one in six UK deaths and costs the country £7.4bn per year. Electric cars might help tackle pollution but do not solve issues such as road congestion or sedentariness.

“The sheer cost of [inactivity] to the NHS is enormous,” says Boardman. “Electric cars are not a panacea – they don’t encourage people to change their habits so are not the priority.”

Designing a complex integrated system will come with challenges, including funding in the billions, decades of work and keeping up with changing technology. But Boardman says the biggest hurdles are not financial or logistical but sociopolitical.

“The person on the street is dealing with getting two kids to school and themselves to work, and that dominates their life,” he says. “We have to show them that short-term inconvenience is going to lead to something better.”

There will need to be a strong communication strategy to demonstrate the long-term positive impacts of the new system to the Greater Manchester community, says Boardman, from money saved on fuel that can go towards holidays to the health benefits for children of walking and cycling.

The proposed change is not without its critics, who say that Manchester’s existing multi-operator bus model is sufficient and question whether money spent on franchising could be better spent on tackling specific issues, like traffic congestion.

Gary Nolan, chief executive at OneBus, which represents Manchester’s bus operators, says that franchising will be a “huge cost to taxpayers”. The Greater Manchester Combined Authority (GMCA) expects the cost of transitioning to the new franchising system to be £134.5m, and fares are forecasted to increase above inflation.

A publicly owned system can certainly place a financial burden on the government – TfL is normally majority funded by fares, but a drop in passenger numbers during the pandemic has meant the government has given it more than £4bn in bailout money to keep services running.

“[This] shows that franchising is no panacea,” says Nolan. “It is vital we make the best use of scarce public funding and work together on practical improvements that will help restore the region’s transport networks.” He argues that a “partnership approach” between bus operators and local authorities through individual schemes could achieve the same aims as franchising without the cost.

Nottingham’s transport set-up is an example of such a partnership. Distinct from the franchising model, Nottingham City Transport (NCT) is the main operator within the city and is majority-owned by Nottingham City Council. It runs alongside other operators and sets its own fares, but council ownership means there are standards around emission ratings and vehicles.

“Nottingham’s system is deregulated therefore commercially focused,” says David Astill, managing director at NCT. “There’s no drain on local taxation but we still operate in close partnership with the council.”

The bus network is not dependent on local authority budgets, meaning NCT was able to invest £20m into low-emission buses in 2019. “If we’d been competing with other expenditure demands on the local authority, we probably would not have received this investment,” Astill says. “It takes the politics out of bus service provision.”

The deregulated system means there is competition between operators to serve popular routes, but he says this can be positive as it encourages them to learn from each other and improve their customer service. For less commercially viable routes, the council operates a link bus service to fill network gaps.

For a partnership like this to work, there needs to be “mutual trust” between operators and government, Astill says – which could perhaps be what is lacking in other cities. A Greater Nottingham Bus Partnership meets regularly with the council to discuss issues of concern.

So which is the best option? There is no doubt that a joined-up transport network made possible through public ownership encourages people to get out of their cars. Government regulation is also a powerful tool that can be used for societal inclusion and environmental standards. Equally, the public sector has its financial difficulties and challenges around innovating outside of budgets. There is no one-size-fits-all approach, but a green and sustainable transport system requires the public’s needs to be placed ahead of short-term commercial interests.

The New Statesman is convening its first Regional Development Conference in Manchester this September, with a day of insights into local growth and the levelling up strategy. Speakers include Kwasi Kwarteng MP, Lisa Nandy MP and Jamie Driscoll. Find out more and register for free.

Special projects writer at New Statesman.
Websites in our network