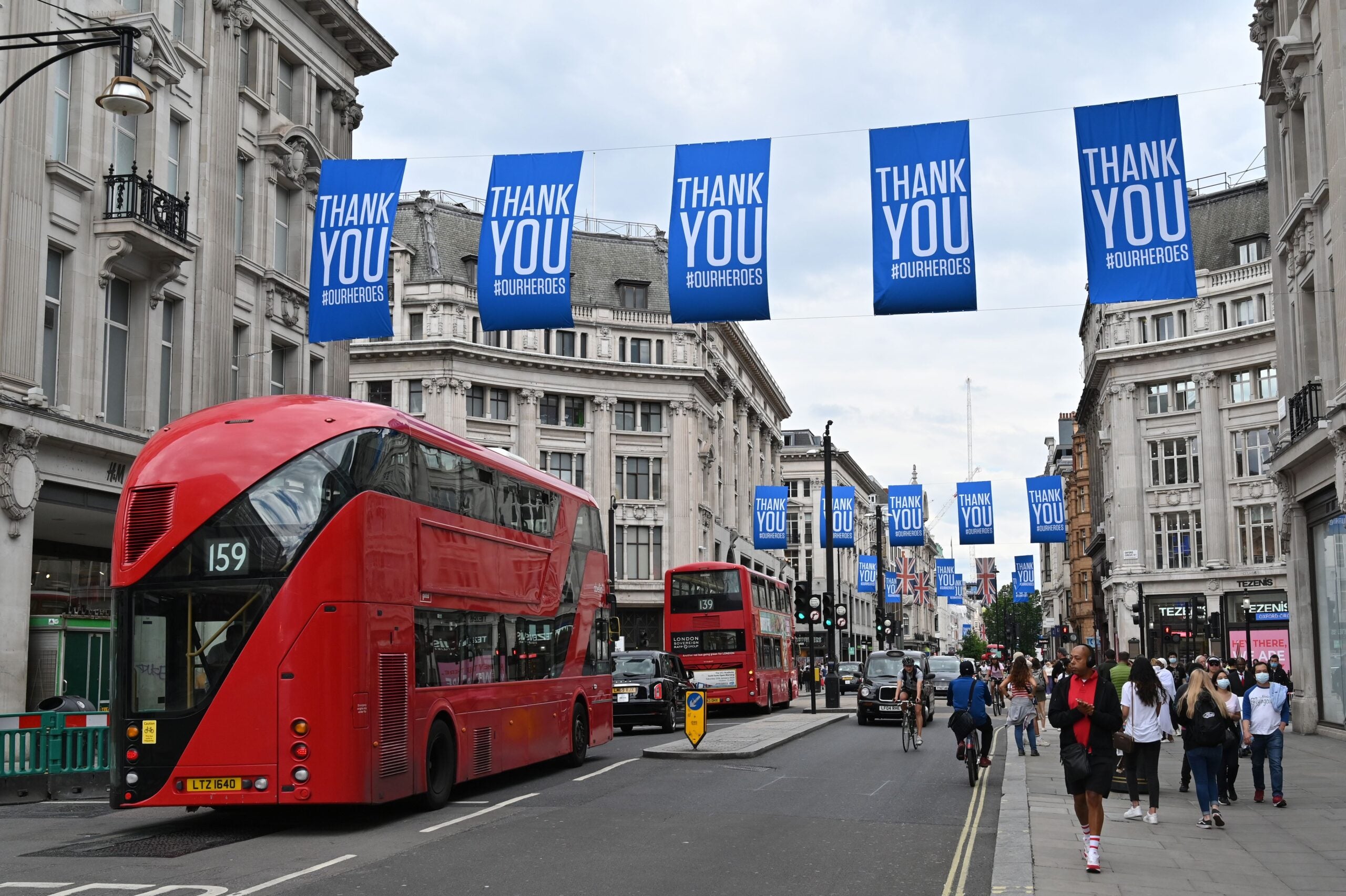 Young Londoners prefer public transit. The city should ensure it will continue to be a viable option for them post-lockdown. (Photo by Glyn Kirk/AFP via Getty Images)

In cities across the globe, young people have been hit hard by the Covid-19 pandemic – not necessarily in terms of lives lost or livelihoods destroyed but independence curtailed and opportunities missed. In London, yet another national lockdown has necessitated that the lives of young residents of the city continue to play out behind phone and laptop screens – seemingly anywhere but the streets and public spaces of the capital. However, when lockdowns permanently ease, will young Londoners embrace their new-found freedom to travel as they please – and if that’s the case, how will they choose to do so?

New research by London-based think tank Fare City suggests that most young denizens surveyed would choose public transport over other options for travelling in and around town in the future. The research, which surveyed people between 16 and 18, further suggested that ease and convenience were the main motivations behind their choices. As the graphic demonstrates, driving a car came a close second, sustainable alternatives – including walking and cycling – placed third and fourth, respectively, while other alternatives, such as scooting, were less popular.

Given the prolonged disruption the pandemic has inflicted upon public transport in cities globally, its future popularity among young Londoners is perhaps surprising. A range of factors, including its familiarity to that demographic, the robust nature of the public transport network and the fact that car ownership is decreasing in the capital, are contributory but not conclusive in explaining this. The research shows that cost is also a big factor, given that under-18s currently travel for free on London’s public conveyance. However, this is set to change, as the vulnerability of a fare-based revenue model has left Transport for London dependent on a central government bailout that stipulates the axing of subsidised services.

How can we avoid a car-led recovery?

With the future of public transport being far from assured, rising levels of partisanship for competing modes, including private cars, cycling and walking, have been a hallmark of the pandemic in cities across the globe. After public transport, those surveyed favoured driving in and around the capital via private cars. This is a clear indication that despite wide-ranging measures to reduce automobile dependency in London, along with fewer young people obtaining a licence, the car is still associated with aspiration, independence and status. Those surveyed who chose walking and cycling did so for both short trips and longer ones – often in combination with other modes of getting around. This multimodality arguably reflects the realities of navigating the city for many Londoners, regardless of age.

Being driven as a car passenger or choosing micromobility options such as scooting were, surprisingly, the least popular choices among those surveyed. This is because globally, the past decade has witnessed the emergence of a transport disruptor movement whereby companies such as Uber and Lime have successfully paired smart tech with on-demand services. Arguably, these are amenities some young Londoners may have less experience with, or access to, but ultimately their popularity among younger city users suggests they will prevail post-pandemic.

While those surveyed appear to be clear about their preferred future travel options and their motivations for selecting them, the choice ultimately may not be theirs to make. With many city authorities reeling from the financial fallout of Covid-19, young people must not only be provided for but consulted with to ensure that less equitable conveyance options do not prevail. Given that transport is a key facilitator in enabling physical, economic and social mobility, a car-led recovery would serve only to prolong the curtailing of independence and the missing of further opportunities.