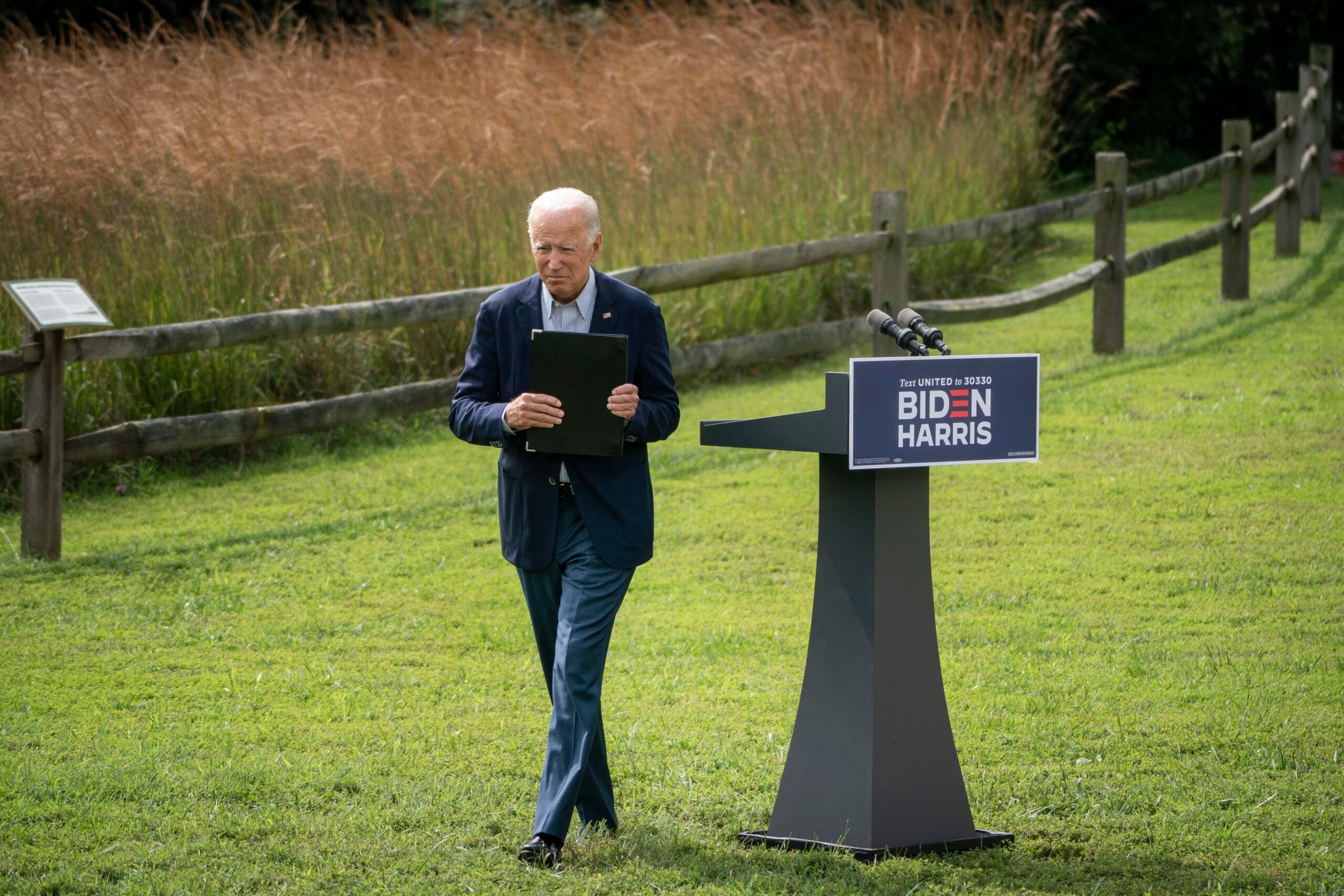 It sounds trivial to say that the Biden administration will inherit a divided nation. Between a raging pandemic, an escalating climate crisis and the rise of right-wing extremism, the US is not just fraying at the edges but coming apart at the seams. While these existential threats aren’t unique to the country, its outsize global influence means the whole world watches its response to them. For the past four years, the Trump administration’s ideological opposition to environmental protection has been a thorn in the side of international climate diplomacy.

However, one of the world’s most radical proposals for tackling the climate crisis also emerged from the states during the Trump era. Senator Edward Markey and Representative Alexandria Ocasio-Cortez’s Green New Deal (GND) resolution has ignited a global dialogue on climate change and economic inequality since it was introduced almost two years ago. Though President-elect Joe Biden has said he doesn’t support the proposed legislation, its tenets have firmly taken hold at the grassroots level, most prominently in urban areas.

The Green New Deal, as envisioned in the resolution, states that there are several concurrent crises facing the US today – including wage stagnation, income inequality and environmental breakdown. The GND would aim to tackle them in tandem via a ten-year mobilisation to get the US economy to net-zero carbon emissions. It envisages a shift to 100% clean power alongside energy-efficiency upgrades for buildings as well as a large-scale roll-out of green transport infrastructure. It also calls for a jobs guarantee, with every American able to earn a “family-sustaining wage” in the public sector.

Biden’s $2trn climate plan is not as ambitious as the Green New Deal, though it certainly borrows some of its framing. (And now that the Democrats have control of the Senate, he’s got a somewhat clearer path towards pursuing his climate goals.) On the campaign trail, Biden made it clear that his administration would approach the energy transition as an opportunity to reinvigorate the economy and create jobs. However, the president-elect would see the US target net-zero emissions by 2050 – as opposed to the GND’s 2030 goal – while striving to make the country’s electricity production carbon-free by 2035. To the ire of the climate movement, Biden has also said that he won’t ban fracking except on federal lands.

In the climate policy vacuum that has been the past four years, state and city-level authorities ostensibly began taking matters into their own hands. New York, Seattle and Los Angeles all have policies inspired by the Green New Deal at various stages of development and implementation today, as do the states of Maine, Illinois and New Mexico. In the increasingly crowded field of local climate action, New York’s efforts stand out for their fidelity to the social justice principles of the congressional Green New Deal proposal.

Will cities make their own GNDs?

Lawmakers passed the landmark Climate Mobilisation Act – which has been billed as the starting point for a citywide GND – in April 2019. Its centrepiece is a bill that will require midsize and large buildings – which make up nearly a third of NYC’s greenhouse gas emissions – to deliver a 40% cut in emissions by 2030 and an 80% cut by 2050.

According to Pete Sikora, a director at New York Communities for Change, one of the grassroots organisations that helped to push the law through, there will be tens of thousands of jobs created in renovating and retrofitting buildings over the next ten years. The victory was hard-won – with organisers confronting New York’s powerful real estate sector, which was predictably resistant to any kind of regulation.

“We mobilised a base to actually put the pressure necessary on the elected officials,” Sikora says. “That’s our formula. And I don’t see anything else even remotely capable of stacking up against big, powerful interests like the entrenched real estate and developer lobbies, which are powerful in pretty much every city.”

At its core, the Green New Deal promoted by AOC and ‘the squad’ is about more than transitioning to green energy and creating jobs. It’s about wresting the power to shape our climate and built environment away from deep-rooted financial interests and distributing it to citizens. Whether Biden and the wider Democratic Party establishment are prepared to take the political risks associated with regulating powerful industries remains to be seen.

The president-elect has said, “We’re not getting rid of fossil fuels for a long time,” despite promising to end oil and gas subsidies. Meanwhile, the Democratic Party itself removed a provision in its platform that called for an end to fossil fuel subsidies and tax breaks during its convention last summer. It’s clear that severing ties with a still-powerful oil and gas industry will not be easy or expedient – even for a party that has meaningfully ramped up its climate rhetoric.

There’s a battle among elites in the US over control of the Democratic Party, while the Republican Party stands implacably opposed to progress on climate. Pete Sikora, New York Communities for Change

“Whether it’s the phrase ‘Green New Deal’ or the policies associated with it, it’s incredibly popular,” Sikora says. “But the Democrats are split on this issue because they’re so heavily influenced by lobbyists and their donor class. There’s a battle among elites in the US over control of the Democratic Party, while the Republican Party stands implacably opposed to progress on climate. It’s an extraordinarily dangerous situation, with the clock ticking down towards midnight.”

So will it come down to cities to enact their own Green New Deals? The prospects for federal action remain uncertain – and with a narrow division in Congress, Biden may yet struggle to get his climate plan off the ground. But there are notable limits to what cities can achieve on their own, given that they don’t make decisions about industrial policy or large-scale environmental infrastructure. “The Green New Deal is posed as a federal initiative, so it’s necessarily top-down,” says Kian Goh, assistant professor of urban planning at UCLA’s Luskin School of Public Affairs. “It very directly evokes the New Deal of the 1930s.”

Though the GND is still a progressive aspiration – rather than a piece of legislation with cross-party support – it’s crucial to keep imagining what a greener and more equitable city, and country, could look like. Once citizens accept that these visions can become reality, the pressure will fall on politicians to help them take shape. Still, change isn’t likely to come quickly or all at once.

The US has a lot of catching up to do when it comes to climate action. But it’s clear that there’s a mandate and desire for transformative change among the American people. Biden was, after all, elected on the most ambitious climate platform ever put forth by a leading presidential candidate – and advocates of the Green New Deal must not let him forget it.