As more US cities and states explore zoning reform as a way to increase housing supply, one big question remains unanswered: how well does it really work?

There’s surprisingly little research on how upzoning – or remapping a tract of land to allow the possibility of a greater density of units – affects housing construction. But the policy has been getting much more attention in recent years: Minneapolis and Oregon made waves by adopting new upzoning policies to boost housing density in urban areas. Other states and cities across the country have explored efforts to do the same.

A new paper from California State University, Fresno attempts to shed light on this question by investigating how more localised upzoning efforts in one city played out. By looking at development across Portland, Oregon, over a period of 17 years, professor Hongwei Dong found that upzoned land is more likely to see development and that it results in greater housing density. 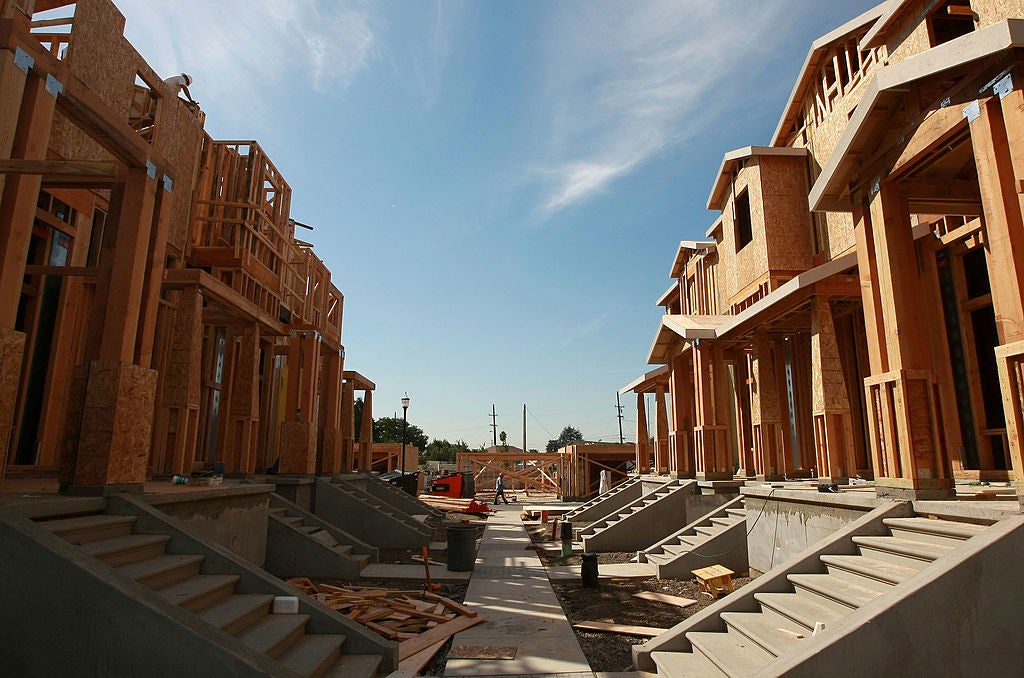 Oregon now allows duplexes on all residential land in all cities with a population over 10,000 and many other kinds of denser living in cities over 25,000. (Photo by Justin Sullivan/Getty Images)

“We can always reform our land use regulations to allow higher-density homes to be built with the same amount of land,” says Dong, an associate professor of city planning. “Hopefully, that will relieve the pressure on the housing market.”

(While this could ease market-rate housing prices, he emphasises that federal government intervention is needed to address the far more pervasive housing crisis among poorer Americans.)

The new research finds that Portland’s upzoned parcels produced three times more dwelling units in 15 years than their counterparts that remained unchanged. Still, overall development was quite low: the probability of development on an upzoned parcel was only 5.1% because the great majority of the studied land was already developed.

We can always reform our land use regulations to allow higher-density homes to be built with the same amount of land. Hongwei Dong, California State University

Earlier research on increased density allowances in Chicago found no short-term increase in housing, but Dong says his research shows a positive effect over a longer time frame. Still, the effects will be limited in most large cities, where there are many other barriers to new construction. Instead, he says, the most impactful place for upzoning would be in suburban or exurban areas, where there is greater scope for new development.

That’s probably part of the reason why the famed large-scale upzoning of Minneapolis, which in 2018 voted to allow three-family homes in all neighbourhoods, has produced limited results so far. In its first year after adopting the policy, the city saw only three permits for triplexes. That’s not shocking; after all, there are other regulations that have to be updated, and development unfolds on a long timeline, so the true effects will not be known for years.

“Portland [by state law] now legalised multiplexes in single-family-home neighbourhoods, but Portland is a city where 90% of land is already built up,” he says, “so the effect of zoning will be moderate because there is very little vacant land to be built on. But if we look at suburban cities – Beaverton, Gresham or Hillsboro – they probably will produce more homes than Portland does over the long term because they have a lot more vacant land.”

What role do developers play?

There are limitations to researching the effect of upzoning, which Dong acknowledges and tries to mitigate. Chiefly, it is very difficult to compare like with like. Many parcels have been rezoned to allow greater density because of developer interest in the land, to which politicians and planners then react.

Dong tries to control for this by a process called propensity score matching. Essentially, he sought to compare upzoned parcels with control parcels that were similar across a range of over 30 variables.

“What I did was to quantify development potential and neighbourhood resistance by using locational variables like how close this land is to the city centre, what is the proximity to the highway, what kind of income is the neighbourhood, what kind of people live here?” he says.

But measuring developer interest and political negotiation is trickier than crunching demographic data. Which came first? Is it the upzoning that caused these changes or is it developer interest? Without knowing what is causing the change, it’s difficult to say that increasing the density limit on any one parcel causes more construction to occur.

“I use propensity score matching to control for 33 variables, but there could be 100 or 200 variables that were affecting this decision of where to upzone,” Dong says. “But I tried my best to control all the variables that I can think of in the data that are available.”

For long-time planning professionals like Rick Jacobus, the study confirms both the results that the field believes it is producing and the limits of truly measuring the specific effects of hyperlocal building regulations. Just because research shows upzoned parcels resulted in more housing doesn’t necessarily mean that if we did twice as much upzoning, we’d get twice as much housing. It’s hard to know whether upzoning attracted housing that otherwise would have been built elsewhere or if it created units that otherwise wouldn’t have been built at all.

But Jacobus believes that the political spadework of securing upzoning involves building coalitions and consensus around the idea, which then can induce more development. The results are in line with his anecdotal experience. It’s not that these policy reforms result in dramatic changes where a ton of new homes get built overnight, but it makes a noticeable difference in where building happens.

“If you want your city to have more development, putting some time into the planning work that goes into upzoning is a good way to lay the ground for that,” says Jacobus. “At a minimum, this study shows that when Portland did that, they got the kinds of results that we all hoped they would.”

The difficulties around measuring the outcomes of upzoning could be eased in coming years as cities and states implement the kinds of mass upzonings seen in Minneapolis and Portland. In a decade or so, after the policies have been in place for years, it will be easier to see whether these kinds of pushes for more density bore fruit. That research presumably will not be bedevilled by chicken-and-egg questions of whether developer interest or zoning change came first.

But Dong does have some predictions of how those reforms will work out, based on his research.

“I do expect that the new, legalised multiplexes in the single-family neighbourhoods will increase housing supply, particularly in suburban cities that have more vacant land,” he says.