Tracy Brabin says she feels “like a minister”. She sounds the part, too. Speaking from her airy office over a Microsoft Teams call she exudes the confidence that she can affect real change.

At the time of our conversation, the former Coronation Street actor and West Yorkshire native, elected as the region’s first-ever metro mayor, and the first-ever female metro mayor in the UK, is taking stock of her first 100 days in the role. She stepped down as the MP for Batley and Spen earlier this year, the constituency she took over from her close friend, the late Jo Cox, and says she is relishing the prospect of being “very much a full-time mayor… I’m giving it my all.” 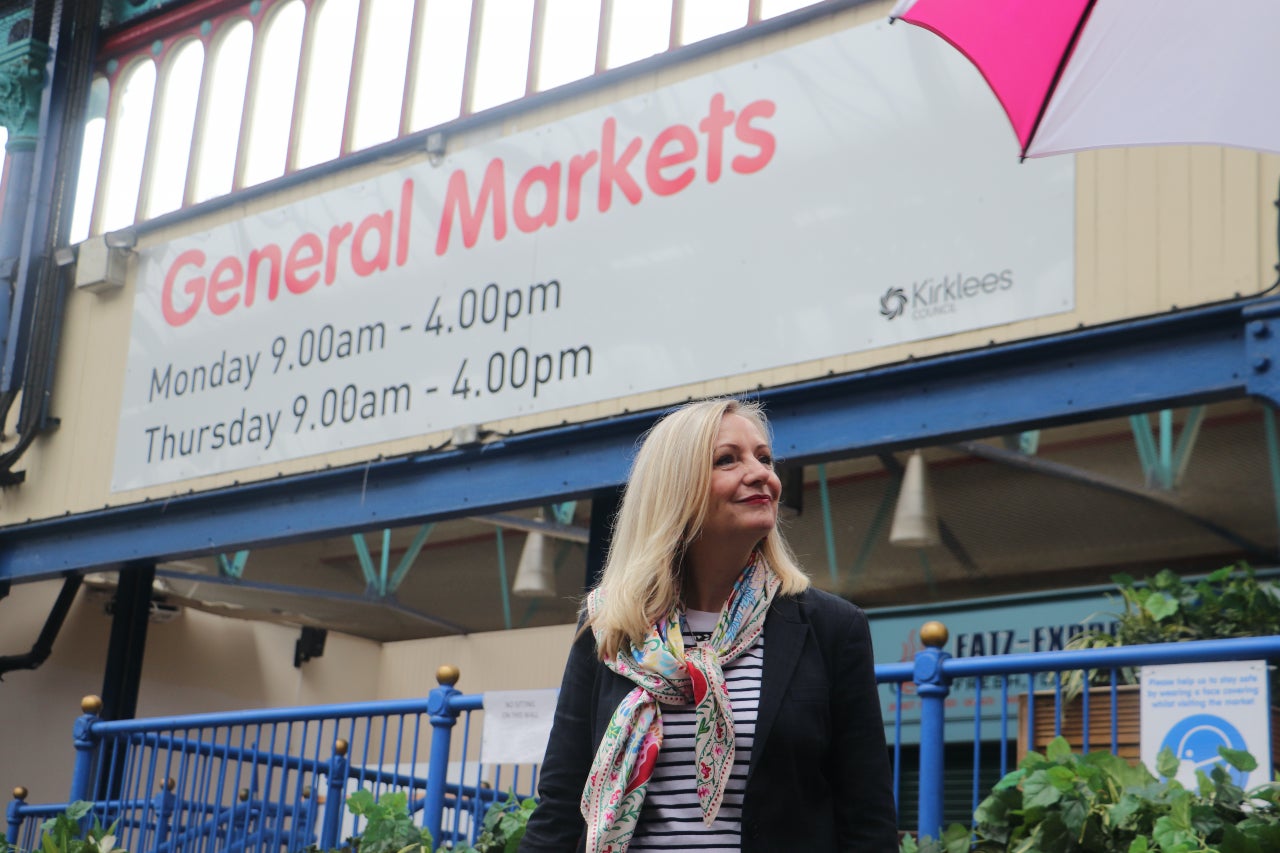 Brabin is the first-ever woman to be elected as a metro mayor in the UK. (Photo courtesy of West Yorkshire Combined Authority)

Brabin won the West Yorkshire mayoralty by 310,923 votes – a majority of nearly 60% after second preference ballots were counted. She has powers over transport, crime, adult education and housing across a region that includes the cities of Bradford, Leeds and Wakefield.

With the Labour Party attempting to rebuild its image in the north after losing control of many of its traditional “red wall” constituencies in the 2019 General Election, Brabin is hopeful that her home-grown status can stand her in good stead. “I want to make palpable changes for the people I care about in West Yorkshire,” she says.

“Suddenly, we have seen, haven’t we, the power of the mayors [since the inception of the regional offices four years ago], and three of five residents in the north are represented by them. We have an understanding about our community that I don’t think others in Westminster and Whitehall do.”

Brabin, 60, was born in Batley itself, grew up in Birstall, and was educated at Heckmondwike Grammar School. The first of her family to go to university, she studied drama at Loughborough before gaining a master’s degree in screenwriting from the London College of Communication in 2001.

Her pre-political career as an actor – ducking and diving within the freelance economy – she suggests, has afforded her a greater sense of empathy. “I could say to the public, you know, I’ve been where you are. I’ve worried about paying my bills, particularly as a freelancer for three decades. You know, I really understand that sense of fear about not having a job, about going shopping and not being able to afford things.”

Brabin’s happy childhood hinged, she says, on having access to free education, affordable and secure social housing, and well looked-after public libraries. As West Yorkshire’s metro mayor she remains committed to these causes and intends to build on them.

A “strong cultural offering”, Brabin argues, is “as important” to someone’s decision to live or continue living in an area as any other factor. She points to the public health benefits, specifically those pertaining to mental health, from funding local theatres or running art or dance classes. Against the backdrop of the coronavirus pandemic, which has taken its toll on public morale, she says that “feeling part of a community” has never been so important.

And Brabin doesn’t simply view art and culture as quaint add-ons that are nice to have. They are at the core of her vision for “regeneration, skills and employment”. In August, she announced the creation of a new specialist West Yorkshire Culture, Arts and Creative Industries Committee, which will oversee the delivery of a “Creative New Deal”.

Funding worth £500,000 has been ring-fenced to support the development of the scheme, including £190,000 for the continuation of the Beyond Brontës film and TV training programme, which has been developed in conjunction with Screen Yorkshire, offering mentoring to local aspiring actors aged 18 to 24.

Brabin is “deeply concerned” by reports that the central government is considering privatising Channel 4. The broadcaster, which established a temporary national office in Leeds two years ago in the city’s West Gate development, is currently owned by the state but receives its funding from advertisers.

It could be sold off, though, with a consultation on privatisation set to conclude on 14 September. Government ministers have claimed its consultation aims to ensure Channel 4 “thrives for another four decades”, by allowing it access to greater private funding sources amid concerns about its ability to keep pace with streaming services such as Netflix or Amazon Prime.

Brabin, however, says any such decision would be short-sighted and risks Channel 4 being taken over by an overseas corporation and getting pulled out of Yorkshire altogether. Brabin says it is “critical” that Channel 4 retains its presence in Leeds and completes its permanent move to The Majestic, a larger building in the city centre, as planned later this year.

Brabin wants the broadcaster to continue to “integrate with local partners”, making the most of the “great universities in the area”. Keeping Channel 4 in Leeds is essential, Brabin adds, to giving West Yorkshire’s regional development an “internationalist edge”.

It is critical Channel 4 remains in Leeds.

As well as protecting and investing in cultural capital, transport policy has been one of the key concerns of Brabin’s mayoralty so far. The mayor has moved forward with her plans to deliver greater public control of bus services. The West Yorkshire Combined Authority, she explains, has access to a share of the £3bn fund the central government has made available to support buses during the Covid-19 recovery.

As a frequent bus commuter herself, Brabin says she understands the importance of making buses “fair, green, easy and reliable”. Her plans, Brabin claims, will deliver deals on fares to encourage more bus travel, better integration of customer travel information, new bus stops, and a guarantee of more consistent standards for hygiene and energy efficiency across different operators.

On rail, Brabin is continuing to lobby the central government to deliver on its promises about HS2 – the seemingly forever under-construction high-speed rail network intended to link London, Birmingham, Manchester and Leeds. The project “absolutely must” be completed, Brabin says.

“We’ve already got the land allocated. It’s not just about connectivity to London, it’s about connecting our cities [in the north]. It’s about capacity building. It’s about a faster service to Sheffield. I mean, [at the moment] the journey from Leeds or Wakefield to Sheffield is [around] 45 minutes. It needs to be 20.”

Inter-city connectivity, Brabin says, is vital for a thriving West Yorkshire economy. “It will offer up more opportunities for people in how they live and work. We also need these good transport links in order to attract new businesses to the region.”

After her first 100 days as West Yorkshire’s metro mayor, Brabin is “optimistic” about what happens next. She is “extraordinarily grateful” to represent the area that she is from. And she notes that, when it comes to improving Labour’s image in the north, that actions will speak louder than words.

Tangible success at regional level, she hopes, will inspire a national confidence that a Labour government could do things differently, and better.

“I want Labour values to be part of the Yorkshire identity,” she says. “I do think people are seeing during the pandemic that Labour councils can deliver… They’re absolutely running the show. They’ve been delivering on [Covid] testing, on laptop roll-outs for kids who are out of school. That is brand Labour and it’s evidence of what Labour in power can do.”

Topics in this article : Mayors

Rohan Banerjee is a special projects writer at the New Statesman.
Websites in our network