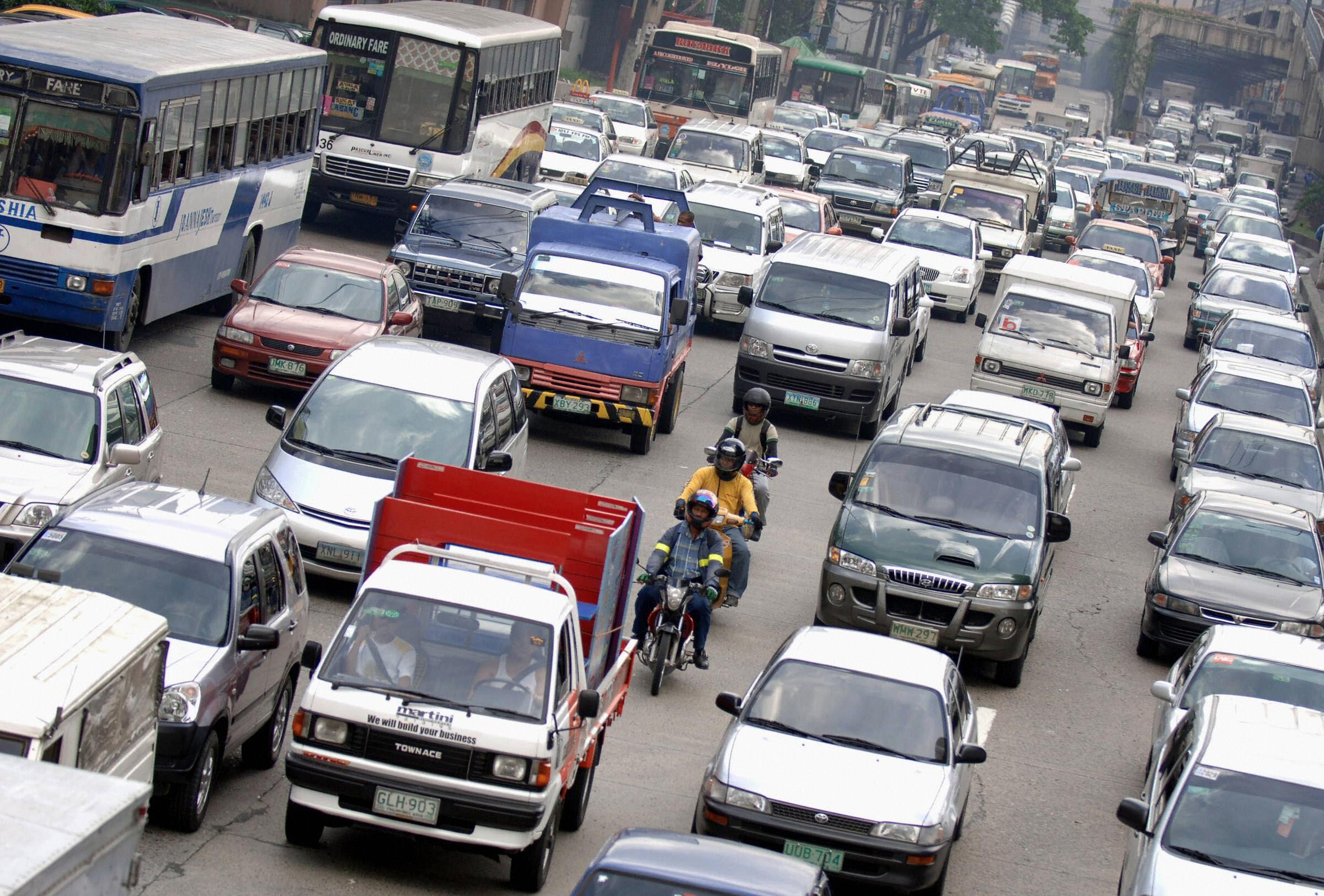 Before Covid-19, Robert Miranda had to be out of his house in the provincial town of Marilao by 4am to get to his office in Metro Manila, some 25 miles away. If he arrived later than 8 o’clock, he would be deemed late by his superiors.

While a four-hour commute sounds torturous to most, Miranda says he found it “decent”. “In the early mornings, traffic is not as bad along Epifanio de los Santos Avenue [EDSA],” he says.

“Not bad” means enduring two to three hours of traffic along EDSA, the highway serving as the main thoroughfare of Metro Manila, the 16-city capital region of the Philippines. The capital is home to more than 12 million people, but the population balloons during work hours, as the three largest business districts in the Philippines are located here. In the absence of a functioning rail system, privately owned public buses are the de facto mass transport provider here.

Manila has consistently ranked as one of the top five worst vehicle-congested cities in the world by the TomTom Traffic Index, which charts congestion data in over 140 metros. The situation has become so dire that by 2030, the capital’s traffic problem is expected to cost the country’s economy P6bn ($125m) worth of losses daily if no infrastructure interventions are made.

Covid-19 has given Manila’s government a window of time with which to tackle a transit revamp. The city’s transportation department is taking advantage of the relatively low-level vehicular traffic to overhaul the city bus system that runs through EDSA. It is part of the department’s bid to combat the spread of coronavirus while pursuing the modernisation of its road-based transport system.

City bus operations in Metro Manila are privatised rather than operated by a government agency. With the EDSA Busway system, the previously independent bus operators were forced to form two major consortiums to operate a single bus service. Sixty bus routes were running on EDSA pre-Covid; since July, there’s just one.

Only 500 buses are allowed to use the barricaded part of the highway to serve passengers each day, a massive drop from the usual 3,000. Commuters, who could previously hail a ride at any point on the EDSA, are now forced to queue at designated stops. Buses run often, arriving at stops every five to ten minutes from 4am to 10pm. But this is less frequent compared with pre-Covid times, since officials expect most passengers to be at home by midnight due to the curfew imposed by the government. All buses accept cashless payments to limit contact between passengers and conductors. The transportation department predicts that the new system could cut the travel time of passengers riding from the two ends of EDSA (approximately 7.5 miles) to as little as 45 minutes, down from the usual two hours.

For people like Miranda, this means getting an extra hour of life back each day.

Increased efficiency has been a long time coming

This increased efficiency had been unthinkable pre-pandemic. A variety of obstacles, from lack of political will to commuter resistance to change, have stood in the way. Any EDSA infrastructure project causes even heavier traffic, so major interventions on the road have been delayed for years to prevent worsening congestion.

We would need people back on the road for this to be sustainable. Renato Mapili, Mega Manila Consortium Corp

The bus consolidation effort required an overhaul in operations. Previously, operators had shared commissions with drivers and conductors based on the daily earnings of each individual vehicle. To ensure high payouts, operators would allow all of their units to be on the road at the same time. Buses would compete for passengers, especially during rush hour, resulting in predictably worse congestion. To avoid this on the new busway, the labour department then imposed a policy prohibiting the practice, forcing operators to embrace a standardised salary program for employees.

“The project has come up multiple times during my almost two decades in this industry, but it never materialised,” says Renato Mapili, press officer of Mega Manila Consortium Corp, one of the groups operating the project. “Who knew it would take a pandemic for us to work together?”

According to Mapili, the acceptance of the system has become easier for most operators, as it decreased the operating and maintenance costs by as much as 60%. Buses need not endure the heavy traffic on the road. And the forfeiture of the commissions system for drivers and conductors also helped.

Still, the reform isn’t without critics. Manila Times columnist Marlen Ronquillo was the first to lament the displacement of approximately 10,000 of the system’s 15,000 bus drivers who would either be dismissed or have their wages cut short due to the new system. Mobility advocates want the project to evolve further, and hope that improvements to improve bikeability and walkability on the EDSA will be forthcoming.

But the biggest challenge for operators now is the low volume of passengers using the new bus system due to lockdown. Mapili says that in the past six months of operations, the busway has served only 220,000 passengers daily, in contrast to the almost three million who used land transport pre-pandemic. Aside from the expected apprehension about using public transportation due to coronavirus concerns, the EDSA Busway, despite its increased efficiency, leaves a lot to be desired for commuters.

The limited stops of the busway, currently at 16, are inconvenient for most. And the stops, which are designed with elevated walkways, are not easily accessible to the differently abled and seniors. Moreover, according to Jedd Ugay, a commuter advocate, since the EDSA Busway forced some routes to be cut off, some commuters now have to take multiple rides to get to their destinations.

Ugay believes the busway is a step in the right direction but hopes that a more holistic approach will be taken in the future. “If we could implement the same bus systems in other corridors in Metro Manila, commutes can be more seamless. Then it’s not only travel time inside the bus that can be cut short but also waiting time,” he says.

Manila’s transport department has yet to lay out plans for a similar system to be implemented in other major thoroughfares in Metro Manila. But Mapili says the bus companies he represents have always been open to the idea. More city bus operators in Metro Manila may be encouraged to embrace a similar system, though, if the EDSA Busway turns out to be a financial success.

“We would need people back on the road for this to be sustainable. And we all know it will take some time before we go back to our old normal,” Mapili says.

Elyssa Lopez is a freelance writer based in Manila, Philippines.
Websites in our network