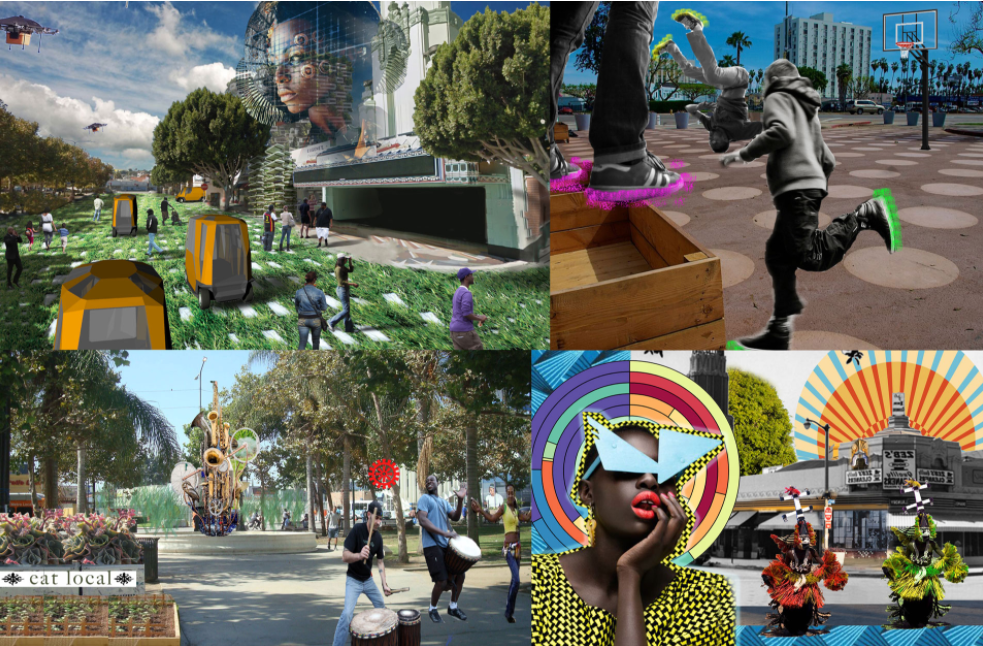 Can speculative futures be used to create a space for people to collectively imagine the future of their neighbourhoods? That’s what Sankofa City explored. (Images courtesy of Karl Baumann)

Across the globe, Covid-19 has pushed long-standing city-planning rules aside, with unevenly distributed benefits. These patterns of inequality mimic enduring issues in urban development, where exclusive approaches fail to include concerns of marginalised residents. To truly capitalise on the opportunities of this pandemic and create more resilient, equitable urban spaces, all voices have to be at the table. Post-pandemic cities need new planning tools. They need speculative futures.

Take Sankofa City. The project ran from 2014 to 2019 in the South Los Angeles neighbourhood of Leimert Park, a site of heated discussions about gentrification and cultural displacement. Working with local organisations, artists, musicians and community members, project leads asked residents to imagine how they wanted to use emerging technologies in years to come. The project became a space to collectively imagine the future of the neighbourhood, exploring what everyday life might look like when augmented reality and autonomous cars are widespread. Work resulted in a series of collages and a video short, presented to local planning committees as blueprints for long-term community visions. 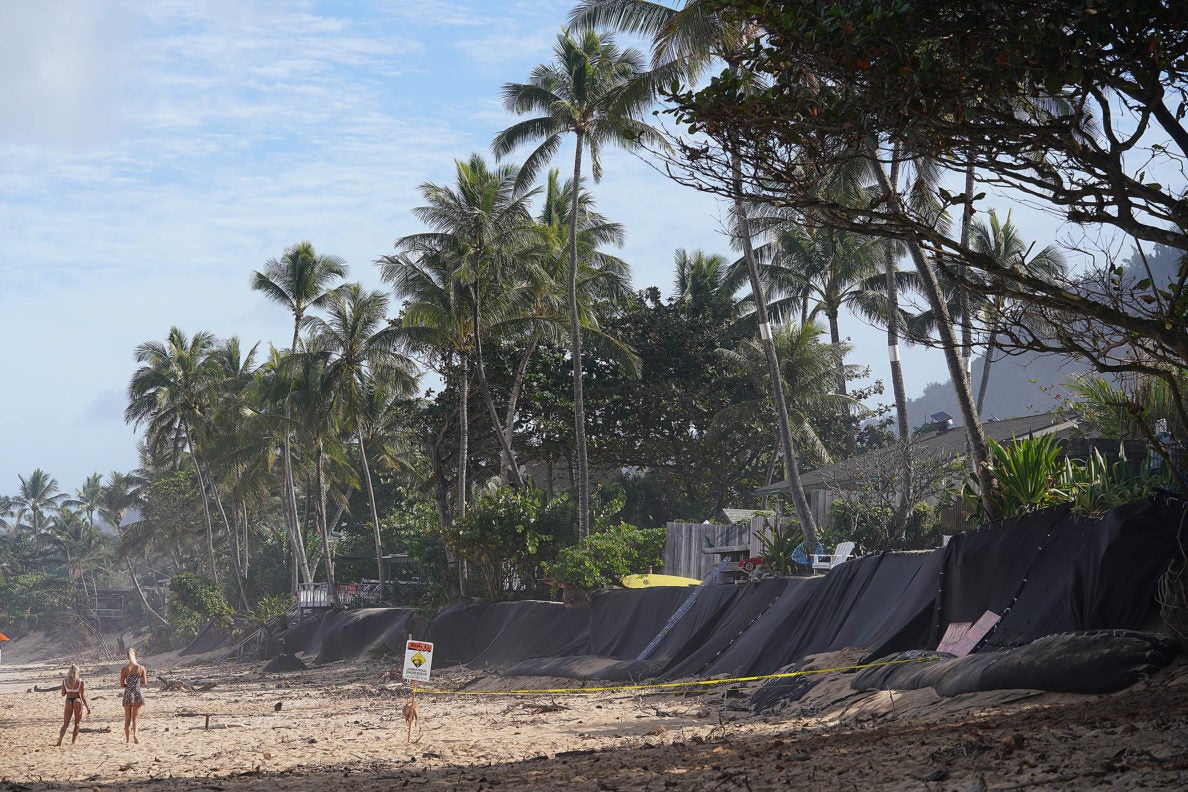 Other efforts take more experiential approaches. Hawai’i 2050 employed speculative futures to foster more public engagement in the state’s long-term sustainability plan. Project leaders created four versions of how the island state could operate by the middle of the century and rented out a convention centre for a community kick-off event. Participants, including policymakers and constituents, moved through four rooms, each containing an immersive experience of one of the four scenarios. Scenes ranged from a naturalisation ceremony for climate change refugees to an information session at a well-being facility for technologically enhanced humans. Detailed reflection sessions, held after participants engaged with the experiences, helped people debate and discuss long-term trajectories for the islands and their greater sustainability aims.

Speculative futures can also reshape our attitudes towards the present. In 2014, a neighbourhood in Amsterdam addressed long-standing social tensions by transforming a public square into a micronation. Over the course of three months, the Republic of Columbusplein – the name of the square in question – became an officially sanctioned nation space, complete with its own flag, passport and stamps. A local arts organisation led neighbourhood programming, including the creation of a national space program and competitions to develop the “flavour” of Columbusplein. The initiative generated excitement among residents and city officials alike, cultivating greater degrees of connection and ongoing collaborations between factions previously at odds.

For all their power in cultivating community participation and connection, many speculative-futures projects have a harder time achieving concrete plans. With Sankofa City, generated visions have yet to influence bigger development initiatives in measurable ways. Hawai’i 2050 inspired participants to take more action and think bigger about sustainability issues but had little tangible influence on the islands on a larger scale. 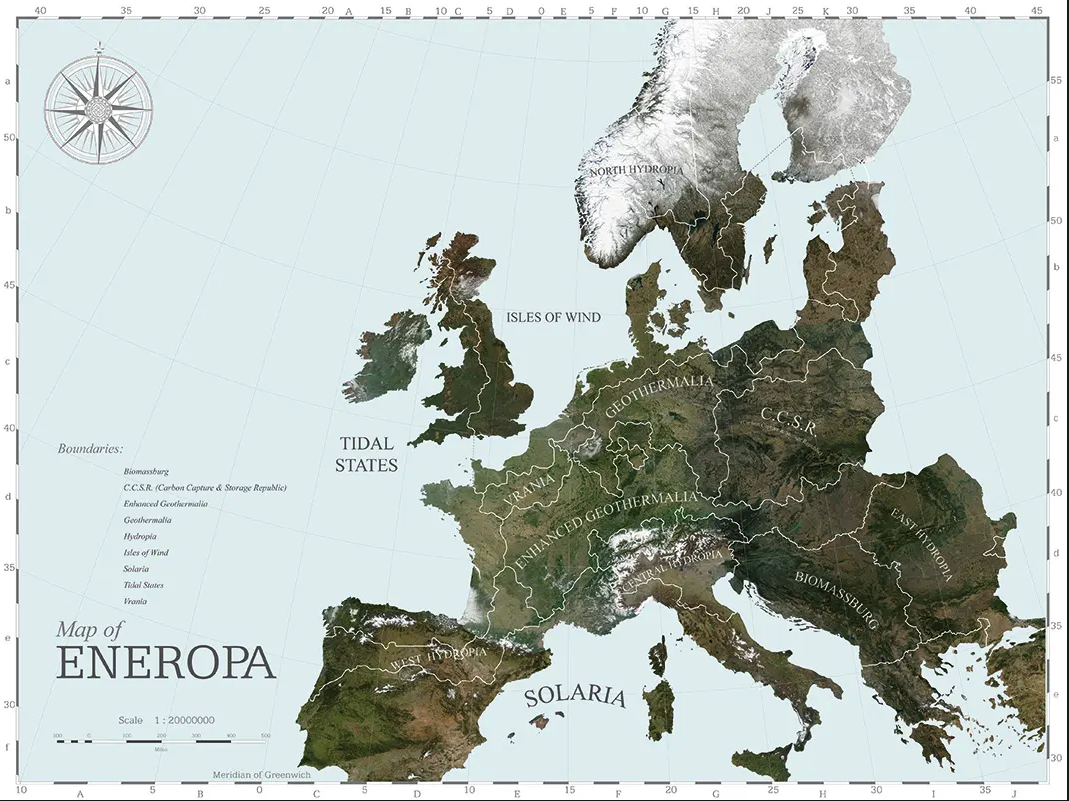 The architectural firm OMA redrew the map of Europe as Eneropa, with countries forming new regions according to what type of energy they would supply to the grid. (Image courtesy of OMA)

Creating more direct impact depends on making speculative futures a fundamental part of planning processes. Eneropa used speculation for an exploration of what Europe might look like in 2050. Part of a vision document funded by the European Climate Foundation in 2010 and developed by architect Rem Koolhaas’s OMA, the project depicted a future based on renewable-energy production. Europe’s old boundaries were dissolved, replaced by new, fictional states shaped by the types of renewable energy generated. A centralised energy grid linked the new countries, redistributing power across the continent according to season. In the winter, energy supply came from strong winds and tidal power states in the north. Come summer, solar power from southern states produced the majority. Under this new paradigm, the continent became almost entirely energy-independent, with carbon emissions dropping 80% from 1990s levels.

Rather than a viable plan, Eneropa was used as framework to assess the technical and economic feasibility of achieving such large-scale reductions. Its long-term vision was a tool to assess what short-term goals could look like. Instead of providing a concrete destination, Eneropa helped ask: “If we’re going to realise these massive reductions in 40 years, what should we do now?” It was a means for finding plausible pathways to attain an ambitious aim.

A 2017 effort by the speculative design studio Superflux took a similar approach. Commissioned by the UAE to create explorations of energy futures, Superflux created an interactive series of installations with the goal of influencing the country’s long-term energy policies. An energy simulator, role-playing game and interactive objects designed to illustrate life in 2050 created a space where the UAE’s prime minister, head of cabinet, Ministry of Energy, policymakers and stakeholders explored and debated an array of future scenarios, from continued dependence on fossil fuels to futures shaped by renewable-energy investment. Soon after the project’s completion, the UAE announced its National Energy Strategy 2050, which allocated $163bn for investment in renewables.

If we can start to accept that the futures we design for are constantly in flux, we can get closer to creating the post-pandemic cities we need to embrace what’s headed our way.

Projects like this go beyond simply creating interesting experiences to making experiences that help articulate and build better futures. When it comes to navigating the challenges of 21st century urban life, the interactivity that speculative futures cultivate can be powerful. The processes help build what researchers call social resilience – our abilities to handle and adapt to environmental, social and economic change. They’re what teach us who needs help and how to reach them when things turn upside down. They’re the foundation that helps us weather the unpredictable.

How we build our cities either supports or diminishes those social ties and our resilience along with them. Busy commercial centres or accessible public parks encourage casual interaction, helping us form stronger connections as we go about our days. Affordable public transit makes the interdependence of neighbouring areas a lived reality rather than just a conceptual truth. Whether by transforming plazas into micronations or making short films, speculative futures invite more creative involvement into our plans for what cities can be – involvement that sets the stage for more resilience.

With the rampant gentrification, socioeconomic stratification and displacement going on across the world, the problem of how to weave community engagement into development has reached a crisis point. The pandemic has been intensifying these problems, accelerating the impacts of long-standing socioeconomic inequalities to extreme degrees. Speculative futures are frameworks for bridging those tensions by injecting more possibility into present-day conversations and creating a context for designing more collaborative and resilient spaces today.

It’s time to call city-making what it actually is – urban development based on speculative futures. If we can start to accept that the futures we design for are constantly in flux, we can get closer to creating the post-pandemic cities we need to embrace what’s headed our way.

Johanna Hoffman is an urban designer and futurist based in San Francisco.