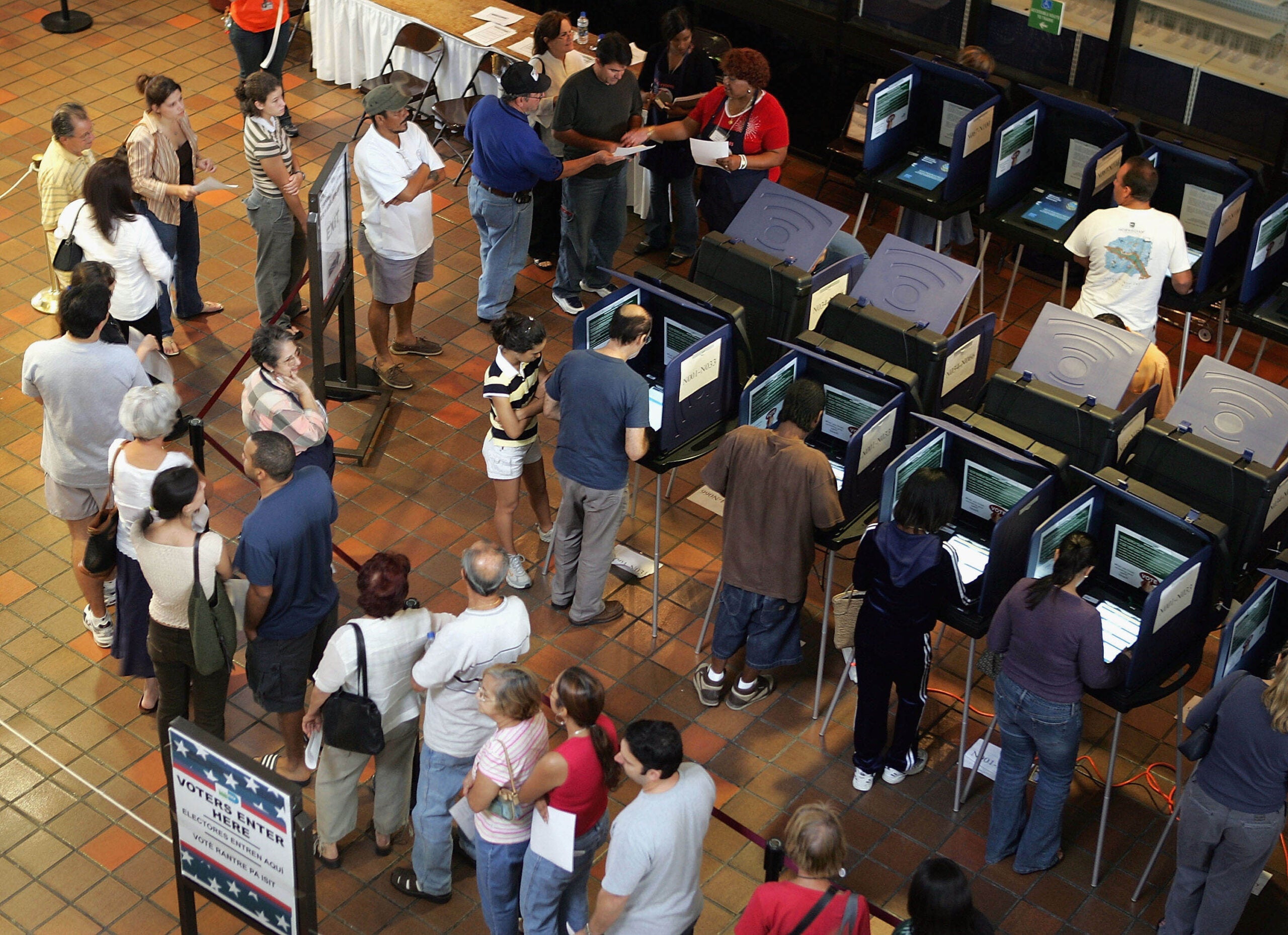 The challenges around voting in the US in 2020 have shown that at least in part, what cities are sorely missing are things like easy-to-use websites and reliable databases. (Photo by Joe Raedle/Getty Images)

As a civic technologist, my job is to help governments use modern technology to better serve their constituents. I came to this niche field in 2009 when Stanford University and the Centers for Disease Control and Prevention asked my company to help develop an easily editable website template for county health departments to communicate with the public during the H1N1 pandemic. Since then, I’ve helped city governments develop integrated views of their public geodata by address, county election officials build websites to address voters’ questions, and court administrators create digital options for people filing cases without lawyers, just to name a few.

The smart, committed public servants I meet on every project are heroes of mine, but all too often I see them taking the wrong approach to innovation. For all the emphasis on world-changing advances, the fact remains that most city governments lack even 1990s-level technology. Websites don’t work on mobile phones, the public has to fill out forms with ballpoint pens on clipboards, and city staff are forced to re-enter data from one system to another. It’s perhaps a hard truth that well-designed websites, fast databases and secure data integration would solve many of cities’ pressing technology problems – especially those that most frustrate the public.

These are universally available, well-understood technologies. But make a budget or grant proposal to turn your PDF forms into web forms that write directly to databases and you’re likely to be out of luck. Funders and, often, even department heads prefer to put money into fresh ideas and new capabilities, even when plagued by outdated and ineffective systems.

Because cities can often get support for innovation, they tend to pursue it. But is this actually making cities better?

There’s a stark mismatch between what residents, especially vulnerable ones, need and what the tech industry’s cutting-edge offerings provide. Those sensors so fundamental to Smart City concepts? They have interesting potential, but – as we’ve seen, for example, with facial-recognition tools now shown to be biased in multiple installations – they can trigger privacy concerns at best and have the potential for serious harm at worst. Chat bots, which replace both call centre staff and web pages by simulating conversations with users, are not nearly as ready to step in for actual humans or as easy to implement as companies would like governments to think. With the possible exception of chat tech, of which you can see an example here, which adds one more option for interacting with a city, none of these inventions help people participate or access services. None of them help institutions address core values of equity and inclusion the way fast, private, usable interfaces would.

In its quest for profits and venture capital, the tech industry continually reinvents itself but, in so doing, often gets in the way of its ability to operate ethically and equitably at scale. Uber’s rise through regulatory resistance and questionable employment practices around the globe is a perfect example. Tech companies don’t worry about this too much – with their capital and resources, they can typically recover from a big failure or fix it later. (And sadly, investors rarely turn against a company based on an equity problem.)

City governments, charged with stewardship of public funds and the public good, should be sceptical of this model of advancement. Should technology be used to help the public participate in their city via modern communications technology? Unquestionably. But it is essential that technology be used in a way that offers additional value or convenience without eliminating privacy or fairness. The goal should not necessarily be newer but better.

I’ve observed that often the biggest problem with innovation happens when officials think of it as an ingredient that needs to be added from outside. Every city has pockets of problem solvers who quietly invent smart improvements using the tools they have, without the shine that a formal innovation group or outside consultant provides. It is the people programming workarounds in Excel spreadsheets or running lunchtime learning groups on mobile web design that are pushing cities forward. They may think of themselves as problem solvers rather than innovators, but the root of most useful inventions is properly defining the problem to be solved. When these government staffers are given resources and attention, they can move mountains.

The toolkit for unlocking their inventions is precisely the set of stable, accessible and, yeah, unsexy technologies that tend to get ignored by grantors and private-sector companies. Government databases and websites may not be innovative in themselves, but highly functioning ones can be transformative. Combined with stable communications technology like email and text messaging, they form an unrivalled mechanism for delivering useful services, from voter registration to parking ticket payments to court date reminders. Access and utility should supersede disruption.

Advancing services, access and public information is critical, so innovation in the sense of moving forward is never a bad thing in itself. And framing improvement as innovation can help secure much-needed funding and support. Ultimately, city innovators should recognise that one of the best ways to empower public servants to deliver valuable services is to secure and support the best versions of a few decidedly old-school technologies. Cities must keep pushing forward but should be sceptical of new technology for its own sake.

Cyd Harrell is a UX researcher and product manager, and author of A Civic Technologist’s Practice Guide (2020).