Princeton University’s Patrick Sharkey is an almost impossibly prolific academic, regularly publishing an array of well-regarded studies on everything from social distancing to neighbourhood change. But in recent years, he’s become best known for his work on criminal justice and law enforcement – topics that have risen to the top of the US’s policy agenda. 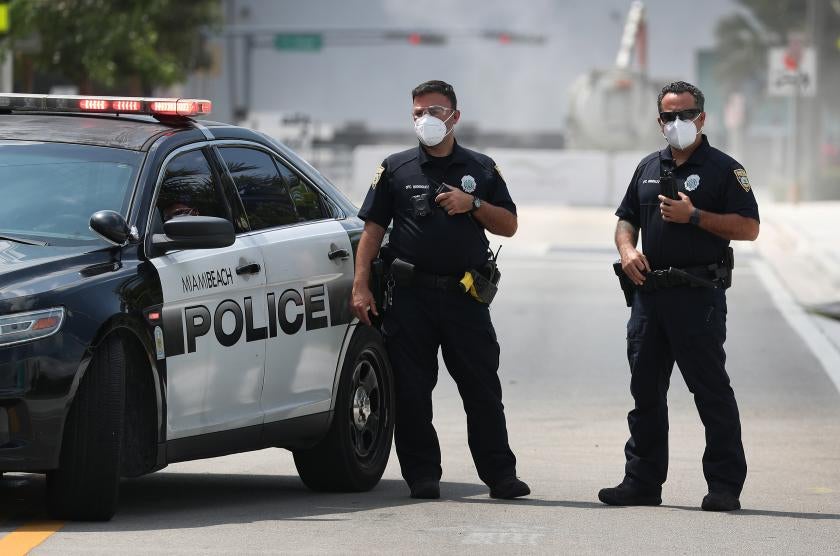 Sharkey’s latest book, Uneasy Peace, is about the dramatic decline in crime rates in US cities, what caused it and what is needed to sustain it. Published in the wake of the Black Lives Matter movement’s emergence in 2014, it deftly analyses issues that are again roiling the country after the killing of George Floyd.

Uneasy Peace – and the work Sharkey has published since Floyd’s murder – argues for a massive campaign to address violence in US cities. But that does not mean flooding the streets with more police officers. City Monitor spoke with Sharkey about the little-known factors behind the country’s great crime decline, the need for massive public investment and what community policing looks like without the police.

Why did violent crime in the US, and in its cities particularly, fall so sharply between the early 1990s and the early 2010s?

Violence from the late 1960s through the early 1990s was at an extreme level. There was a crisis of violence throughout much of urban America, particularly in the big cities. Then something happened in the 1990s. It happened because both political parties took on crime and violence as central issues in their platforms. Bill Clinton ran on a platform that he was tougher on crime than the Republicans had been. The whole country saw violence as a national crisis.

In the early 1990s, there was a large-scale mobilisation to retake public spaces and make cities safe. That consisted of several parts. There was a large-scale effort to bolster police forces, to invest in more-aggressive tactics of policing, to go after gang activity, to shut down drug markets.

At the same time, there was a large-scale expansion of local organisations that really mobilised to make their communities safer: after-school programs, religious organisations, community centres, neighbourhood groups. These kinds of organisations expanded in a major way.

The crime decline benefited everybody, making urban areas safer and convincing more middle- and upper-income people to move back to cities. But you argue that those who live in the most violent neighbourhoods benefited the most because violent crime declined most in those areas. What has changed in these communities as they’ve seen less crime?

The most obvious benefit is that tens of thousands of lives were saved, with the greatest impacts experienced by Black men. We found that for most groups, life expectancy wouldn’t change that much if homicide never fell. But for Black men, there was an enormous change: the life expectancy of Black men rose by almost a year due purely to the drop in homicide mortality. That is a change as large as any public-health advancement over the past several decades.

Then there are direct consequences for academic achievement. The places where violence dropped the most are places where statewide test scores rose the most. And children who were in places that became less violent over the course of their childhood were much more likely to rise up in the income distribution in adulthood and to make more income as adults.

Violence has a long reach. There’s a direct effect of violence on every institution, every member, every child within that community. It damages kids’ cognitive development and academic functioning. So when violence falls, kids are able to learn, kids are able to focus in school if they’re not thinking about the threat of violence.

Then it has an indirect impact because life returns when a community becomes safer. Businesses start to set up shop, families invest in that neighbourhood, it becomes a vibrant place again, and that means more jobs are there, that means more opportunities are nearby. That changes the possibilities for a child as they near adulthood and enter the labour market. All this translates into improved economic outcomes later in adulthood.

You point to research that shows aggressive policing and imprisonment have been part of the story of the US’s great crime decline, but at immense human cost. You note that while every other kind of violence has fallen since the early 1990s, the rates of police violence remain consistent.

Why hasn’t police violence responded to what’s happened everywhere else?

We invested heavily in an aggressive style of policing. We asked police departments to take over city streets and reduce violence by any means necessary. That was a conscious policy decision made in the 1980s and 1990s. It was supported by most Americans. Not everyone, but it had support across the political spectrum. It had support from Black and white Americans. Not universal support, but it did have strong support.

What has changed over time is that as violence fell, as city streets became safer, the strategies that police departments use didn’t change.

I lay out two policy questions toward the end of the book. The first is, how can we make sure that violence keeps falling? The second one is, how can we do it with a new approach that doesn’t rely on the prison system and the aggressive policing of the past few decades? That’s the challenge right now: what’s the next model?

What do you make of calls to defund or even abolish the police? In your book, you say that every video of police brutality makes it harder to reimagine a new role for the police. Did the George Floyd video make it impossible?

It might be impossible. There are lots of neighbourhoods where the institution has lost all credibility, and that happened a long time ago. More people are coming to that conclusion now.

We need a new model to deal with the challenge of violence. If we pursue a policy agenda that is designed to simply exact revenge against the police and try to destroy this institution, we’re going to leave cities vulnerable. If we pursue an agenda that just attempts to dismantle the police before an alternative institution is ready to take responsibility, then we run the risk of destabilising neighbourhoods. That’s my biggest concern.

Over a longer term, I think the role of the police should be dramatically reduced. We have great evidence that local community organisations, in combination with residents, are at least, if not more, effective at controlling violence. They’ve just never been given the same resources, the same commitment. 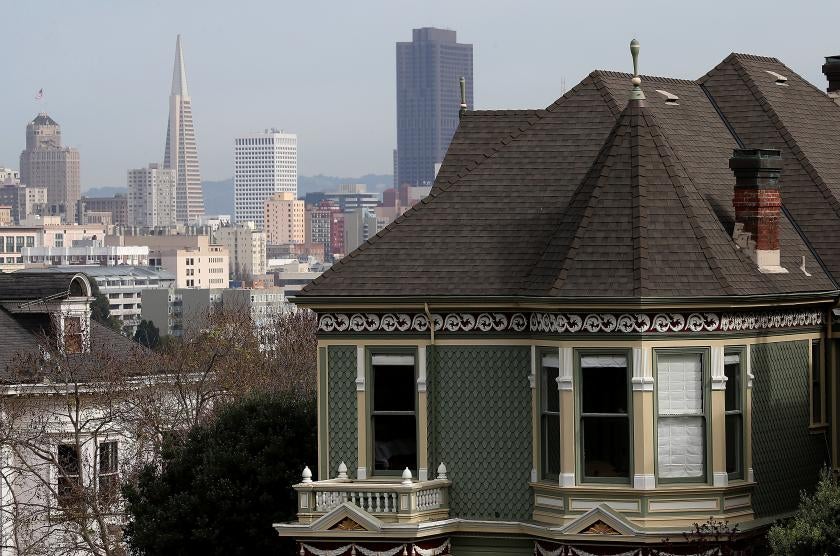 At the end of your book, you call for a “war against violence”. To fight that war, investment is needed if these groups are going to take the place of the police. But we seem to be embarking upon a new age of austerity. What could the ramifications for urban violence be if the US Congress fails to support city and state governments?

Austerity is not inevitable, but it doesn’t look like this Congress is preparing to invest in state and local governments. It’s not inevitable that we’re going to see a period of fiscal crisis in cities. That’s a policy choice, but if that happens, if city budgets are reduced and funding for local community organisations drops, we’ll probably see a rise in violence.

When cities and communities are abandoned, that’s what happens. That’s why violence rose the first time. In the early 1970s, the federal government abandoned its support of central cities, and the power structure of state governments shifted toward suburbs. If funding for cities and local organisations falls, we should expect a rise in violence.

You write about a newer institution in Australia’s Aboriginal communities that patrols the streets, unarmed, to defuse situations and address issues – everything from domestic disputes to public drunkenness – in place of the police. But the role of this community patrol, and neighbourhood groups in the US, is about prevention. Is there a role for law enforcement in ensuring that those who commit murder and violence are punished?

Yes. I think the model that we need to work toward is one where a different set of actors are responsible for overseeing public spaces and making sure everybody is safe, everyone is supported within those communities. Then the police play a secondary role.

That means when there’s a mental-health crisis, you have trained mobile response teams who are the first to respond to those incidents. Patrol of a neighbourhood should not be carried out by police officers; it should be carried out by advocates, by neighbours who are well trained and genuinely concerned for the well-being of their neighbours. At the same time, I argue that there is a role for police. In places where gun violence is extreme, it’s potentially harmful to relieve the police of all responsibilities. There are weapons crimes where I think the police should still be the first to respond. There is a role for police because gun violence is so extreme in the US.

That should not be police officers. There are too many communities where the level of mistrust is too severe. It should be other members of the community who are trained professionals, whose job is to be a pro-social presence in public space. That’s one major change that I don’t think is mentioned enough in these debates about who should do what. Who should be a pro-social presence in public space?

You cite research that suggests that despite the crime spike between the late 1960s and the early 1990s, the second half of the 20th century was less violent than the first half. So despite recent crime spikes in some cities and what appears to be a surge in domestic-violence-related murders during the pandemic, does that mean we are living in one of the most peaceful periods in US history?

Yeah, without a doubt. The data before 1950 are not great. But the best evidence we have suggests that violence has been falling over the history of our country. There have been periods with more and less violence, but without a doubt, we are living in one of the safest periods in US history.

We need to focus a great deal of attention on violence. It is the fundamental challenge of cities. But along with urgency, we have to be aware of progress that’s happened over time. New York is going to have a higher level of violence this year, in all likelihood, than it had a couple of years ago. That’s something we need to maintain focus on. New Yorkers are dying.

But we also have to remember that there were 2,200 murders [annually] in New York in the early 1990s. There will be somewhere between 300 and 400 this year. That’s urgent, but let’s also celebrate progress and make sure we have an accurate perception of the level of violence and that we don’t exaggerate short-term fluctuations.