Haiti’s 2010 earthquake, which saw the capital city Port-au-Prince suffer major damage, has been determined the world’s most economically devastating natural disaster, according to new research from Compare the Market.

The report, which includes natural disasters from 2000 to 2019 with a damage bill exceeding $1bn, analysed the economic impact of each event on their country’s GDP.

Haiti’s earthquake was by far the most impactful – at a cost of $8bn in 2010, the damage bill represented 120% of the country’s GDP at the time.

The World Bank notes that the actual repair costs reached as high as $11.3bn – significantly more than the $8bn of immediate damage caused by the earthquake.

The only events to even come close to that level of economic devastation were the Christchurch earthquake in 2011 and Hurricane Maria, which tore through Puerto Rico in 2017 (costing $15bn and $90bn respectively at the time of each event). While both events cost significantly more than Haiti’s disaster in dollar terms, the impact on their GDPs was notably less (89% and 87% of GDP respectively).

Combined, disasters across the world displaced 38.5 million people between 2000 and 2019. About 4.2 billion people were directly impacted – some more than once.

Across the period studied, the research found that 2005 was the costliest year globally at $214bn. The contributing events include Hurricane Katrina, Wilma and Rita, which all took place across the US. Throughout the studied period, the total global economic losses were recorded at $2.97trn, accounting for 7,348 recorded events.

The US recorded 467 disasters between 2000 and 2019. Despite many of these being listed as billion-dollar events, many of them represent less than 1% of the country’s GDP. It’s a stark difference from a country such as Haiti, where a single event absolutely devastated the economy. Asia also recorded a significant number of disasters. Across the same period, the continent has a list of 3,068 individual events. These are spread between China (577), India (321), the Philippines (304) and Indonesia (278), just to name a few. 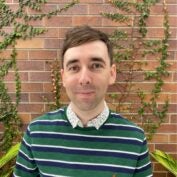 Phillip Portman is a media and communications adviser at Comparethemarket.com.au.
Websites in our network