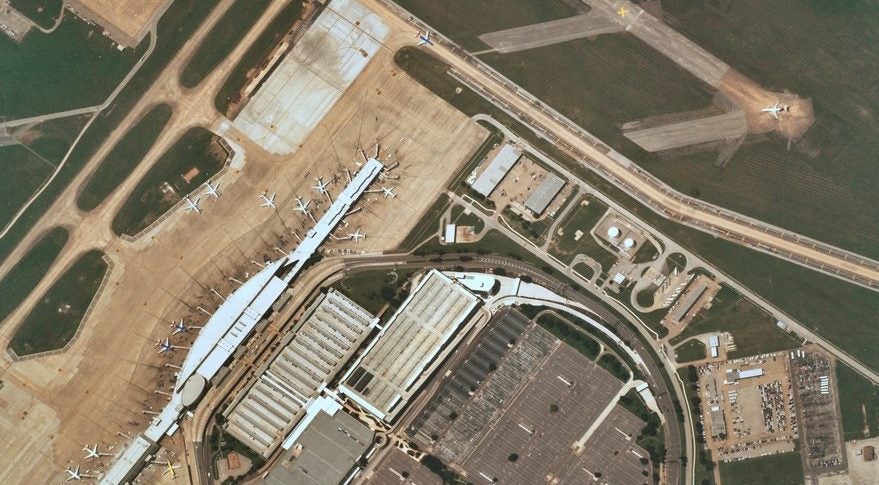 Urban Us invests in start-ups like Near Space Labs, which works to provide communities, businesses, municipalities and researchers easier access to frequent geospatial data. (Image courtesy of Near Space Labs)

Founded in 2013 in Miami, Urban Us is a venture fund focused on start-ups upgrading cities for climate change. We’ve since expanded to New York, Los Angeles and San Francisco, and have made over 100 investments across the globe. As it’s a mystery to most how venture capitalists decide to invest their money, we thought we’d share what we look for when evaluating start-ups for investment.

Obviously, we’re interested in cities, but more specifically Urban Us is interested in companies that can impact greenhouse gas (GHG) reduction, improve resilience or improve common challenges like affordable housing or traffic congestion in high-density communities. This leads to sectors ranging from mobility and construction to various areas of sustainability in cities. We are especially interested in companies that have the potential to grow to 100 cities or more within five years. This rate of growth is important to private investors and Urban Us, as the scale of potential impact and financial returns is critical. After making more than 100 investments, we’ve observed that a few things need to be true (or nearly true) to identify the most promising start-ups.

We score each investment opportunity across seven areas.

Before we try to understand if an approach might work or if this is the right team, we want to convince ourselves that this start-up is focused on one of our focus areas: reducing GHG, strengthening adaptability and resilience, and improving density. We review the problem and how it’s being solved, and think through “what if?” scenarios to try to imagine what could happen.

Reducing GHG as a starting point, we look to frameworks like Project Drawdown, which covers everything from electrification of transportation and more efficient HVAC to alternative cement and engineered carbon sinks. About a third of our investments fall into this category. One of our most recognisable is Future Motion (the makers of Onewheel), which is in the fast-growing electric micromobility space.

Strengthening adaptability and resilience, our second-largest investment category, assumes that we’ll need to adapt our communities to increased temperatures, increased flooding, higher sea levels and larger wildfires. And this in turn will impact critical needs like food production and transportation. While GHG frameworks are quite developed, we’ve only recently started to see mainstream analysis of climate risks such as this September 2020 New York Times overview. For example, we invested in Bowery Farming because we believe food and food supply chains are increasingly at risk. We’ve also made multiple construction-related investments, as the productivity and sustainability of that industry remains relatively poor.

Improving urban density represents the balance of our investments, as research shows that GHG reduction as well as adaptation and resilience benefit from higher density. As community density decreases, GHG goes up. It’s also true that as density falls, the cost to provide services and infrastructure goes up on a per capita basis. So in considering investments, we ask what we need to do to make higher density more attractive. The list of responses looks a lot like most mayors’ to-do lists – provide more affordable housing, reduce traffic and increase alternatives to cars like micromobility or transit.

Once we’re convinced that a start-up might be able to impact one of these areas, we move on to more traditional investment assessments.

A large market will result in annual revenue that can get to a $1bn-plus in valuation or enterprise value. For example, if you look at how investors value a company with recurring sales like software as a service, this could mean $100m in annual revenue. If you consider a hardware company or marketplace, they might need to achieve $500m in annual revenues to achieve a similar value. To help us understand the full scale of the opportunity, sometimes it’s also useful to explain adjacent markets. A classic example is Amazon’s early focus on books. What wasn’t immediately obvious was that books helped Amazon build a company that could then quite easily expand into other products like music or electronics. In our case, we know that Onewheel, one of our hardware investments, is used for recreation and commuting, but we also know that its IP and core capabilities can be used to create a bunch of additional products, increasing its impact and market size.

We also consider geography when assessing market size. We look at companies from all over the world. Whenever we meet a start-up – whether from San Francisco, São Paulo, Tel Aviv, Beijing, Mumbai, New York or Lagos – the first thing we usually want to know is: what is the plan to expand geographically? A start-up based somewhere like Tel Aviv tends to start selling almost immediately into large markets like the US, the EU and China. Start-ups from these large markets are lucky – they can grow very large within just one of them. However, outside these markets, it’s useful to think about where there are plans to expand later – say, São Paulo or Lagos. Regulations, IP and other risks

Regulated industries can be tricky, and cities have a lot of them. Some businesses are viable only if you assume that regulations can be ‘hacked’ or are going to change in your favour. We don’t get that excited about the prospect of confrontation with government agencies – we prefer to work with them.

Intellectual property can also be tricky. For example, energy storage is a fascinating area, but it’s very hard for us to assess IP claims or potential risks in areas where there is, or has been, a lot of active university and especially corporate research.

We want to understand why this is a team that will succeed in building a very large company quickly while staying mission-focused. We want to understand the founding team’s motivations and try to get an appreciation for their ability to adapt and learn. We like to discuss with the founder of the start-up their key insight about the market. We look for founders who have a deep understanding of the customer and their problem. This often comes from having spent time working on the problem or living with it themselves.

We like schlepping. Paul Graham has a wonderful explanation of how perceived ‘schlep’ blinds many existing vendors to new opportunities. This seems to be especially true where key stakeholders have worked the same way for a long time, and experts are usually the first to point out that something can’t be done.

We’re interested in how a start-up decides what to build and what not to build. It’s often the case that great technical teams build the wrong things, but it’s also true that teams with deep insights aren’t necessarily very good at building. Most importantly, we love teams who love their customers and are obsessed with solving a problem.

Perhaps the trickiest category of all is competition. It’s easy to use Google or Amazon as scarecrows, as they seem to be able to do anything, but it’s also often the case that some categories emerge that attract a lot of investor interest – like scooters or augmented reality – and with them lots of start-up competition. In these cases, even promising companies can be challenged if they’re late, too early or not properly funded; funding competitions in a ‘hot sector’ can force some companies to raise too much money, while making it tough for others to catch up.

The other important part of competition is how successfully a start-up makes it hard for competitors to replicate what they’re doing. Investors often refer to this as building a moat, after the medieval fortifications. Moats can be overcome with time and resources, but good moats usually come from a counter-intuitive or prescient insight about the customer, making it more likely that the universe of potential competitors will be small for a while. Similarly, the hardness or cost of building a solution, especially hardware, can be a deterrent to competitors. Simply being first often isn’t enough of a moat – ask the folks who built search engines before Google, social networks before Facebook, video conferencing before Zoom or enterprise chat before Slack.

What are competitors or even the customers not able to understand about the status quo? Sometimes it’s readiness of new technology for a sector, and sometimes it’s the customer readiness for new behaviours. This is important in starting to define why the startup might have uncontested access to the market at least initially, which can often be critical for early stage growth.

We’re doing this work out of the recognition that cities and city-related sectors are critical to addressing climate change. Local government and policymakers are critical to decarbonising and enhancing city life, but tech and venture capital can work with cities to support new solutions. What we are trying to assess in our investment analysis is whether a start-up can actually help cities scale their solution – and whether we are best positioned to help. With record start-up activity and investor interest in climate change, we’re busier than ever.

Last year taught us all that resilience matters, and unaddressed systemic issues can grow exponentially. So can the best solutions. We’re betting on it.