Growing cities are attractive to investors for myriad reasons. The opportunities they offer include a large (and often cheap) workforce, a vast customer base and measures taken to accommodate this growth, such as new housing and infrastructure projects. When ranked by the number of new people per hour, the UN World Urbanisation Prospects considers Delhi, Shanghai, Dhaka, Kinshasa, Chongqing, Lahore, Bangalore, Lagos, Cairo and Beijing to be the ten fastest-growing countries between 2015 and 2020. Here we profile each of them. 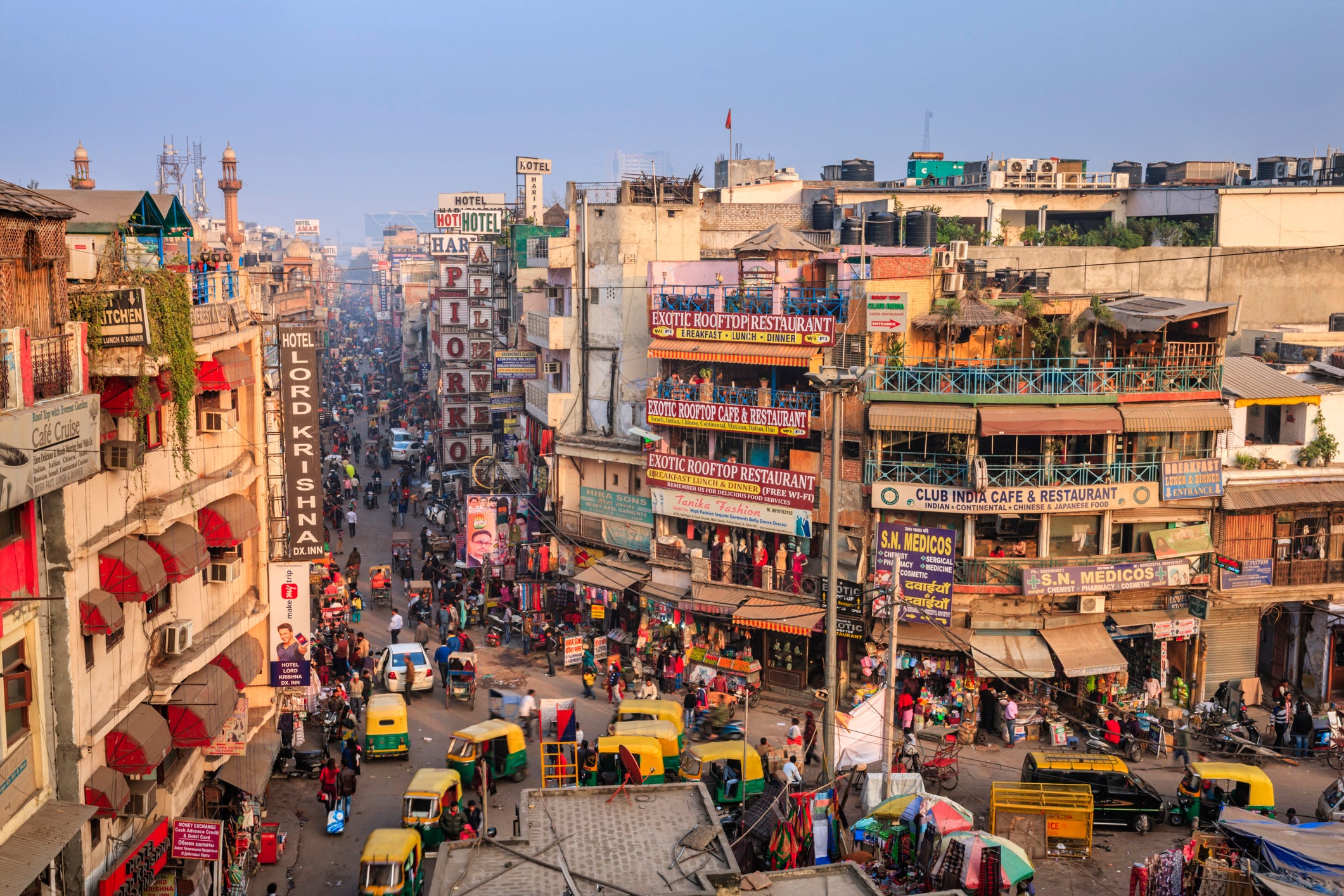 The hustle and bustle in Delhi, India, shows why it is the fastest-growing city in the world. (Photo by hadynyah/iStock)

Delhi, incorporating the Indian capital of New Delhi, sits in the north of India and has a metropolitan population of approximately 30 million people (2020 figures). According to the World Population Review, by 2035 the population will have reached 36.1 million. Issues such as air pollution continue to blight Delhi, but the city remains a big draw for both tourists – who visit attractions such as the Red Fort and the Qutab Minar – and investors, who are particularly attracted to its strengths in services, IT and real estate.

The population of Shanghai’s municipality stood at 24.9 million people in 2020, making it the biggest city in China and one of the largest in the world. Shanghai’s port is the busiest in the world by container traffic, and the city’s importance to global trade looks unlikely to diminish in the foreseeable future. According to the World Population Review, by 2035 the municipality’s population will have grown to almost 35 million.

Dhaka is the capital city of Bangladesh, itself the eighth-most populous country in the world, and one of the most densely populated. The number of people living in Dhaka stood at 20 million in 2020, and the World Population review predicts this number will rise to 31.2 million by 2035. As with the rest of Bangladesh, Dhaka is a global hub for the textiles industry, as well as being highly regarded for its pharmaceuticals and ceramics expertise.

The capital city of the Democratic Republic of the Congo (DRC), Kinshasa stands on the Congo river just opposite the capital of the Republic of the Congo, Brazzaville. It has a population of about 15 million (as of 2020) and combined the neighbouring capitals have close to 20 million inhabitants. According to the World Population Review, Kinshasa will grow to house almost 27 million people by 2035. The DRC is one of the largest, but also one of the poorest, countries in the world. It holds vast quantities of rare earths such as cobalt, but worries about corruption, human rights issues and political and social unrest mean its potential is some way off being realised when it comes to attracting foreign investment.

Chongqing in inland China has a population in 2021 of approximately 16.5 million people. According to the World Population Review, by 2035 this number will have risen to 20.5 million. The city has been an important centre of China’s military activity, and thus has a reputation for being an R&D centre of excellence. It is also a manufacturing base, specialising in automotive, iron and steel production, mining and agriculture.

Lahore sits in the east of Pakistan, close to the border with India, and in 2021 had an estimated population of just over 13 million. By 2035, the World Population Review expects this number to grow to more than 19 million. Lahore is a Unesco City of Literature and also houses many of Pakistan’s leading universities. It is also a tourism hub, with the Walled City and famous mosques attracting millions of visitors every year. Lahore’s economy had been based around manufacturing, but in the 21st century has become better known in investment circles for its thriving services industry.

Bangalore, officially known as Bengaluru, is located in the state of Karnataka in southern India. In 2021, it had a population of just under 13 million, and by 2035 the World Population Review predicts that this figure will have risen to more than 18 million. Bangalore established an international reputation for business process outsourcing and other shared services, given its large, educated workforce. It is now frequently referred to as ‘the Silicon Valley of India’ given its excellence in a wide array of tech specialities.

Lagos may no longer be Nigeria’s capital city (it was replaced by Abuja in 1991), but it is the country’s largest urban area, and the second largest in the whole of Africa. In 2021, its population stood at almost 15 million, but by 2035 it will have close to 25 million inhabitants, according to the World Population Review. Lagos hosts one of the biggest ports in Africa and it is also a major financial centre on the continent. The city is also an African hub for information and communications technology, and one of the most culturally rich locations on the continent.

The largest city in North Africa, Cairo has a rich history and is one of Egypt’s many tourism hubs. In 2021, its population was more than 21 million, and this figure is set to grow to 28.5 million by 2035, according to the World Population Review, meaning Cairo retains its position as the largest city on the African continent. Beyond Cairo’s rich cultural and historic offerings, it has one of the busiest metro systems in the world, it houses many of Egypt’s governmental institutions and offices, and it is globally renowned for its expertise in automobile manufacturing.

Beijing is the capital city of China and hosts many of the country’s administrative departments. It had a population of almost 21 million in 2021, and the World Population Review states that this figure will rise to more than 25 million by 2035. Beijing hosts the headquarters of most of China’s large state-owned companies and is the city that contains the most Fortune 500 companies in the world. Its 91 universities – some of which are classed among the best in the Asia-Pacific region – mean that businesses operating in the city have a strong conveyor belt of talent. Its economy is dominated by the services sector, although a city of Beijing’s size has myriad strengths in fields such as IT, manufacturing, R&D and real estate. This article originally appeared on Investment Monitor.
Topics in this article :