The Covid-19 pandemic wasn’t the only staggering public health crisis the US faced in 2020. It also saw a huge surge in homicide, potentially the highest one-year increase on record.

New research from the National Commission on Covid-19 and Criminal Justice found that homicide rates in 34 large US cities increased by 30% in 2020. In previous years, data from these municipalities closely tracked the homicide rate of the nation as a whole. If their 2020 data is again similar, the spike will easily eclipse the previous largest single-year increase in 1968, which saw a jump of 12.7%. 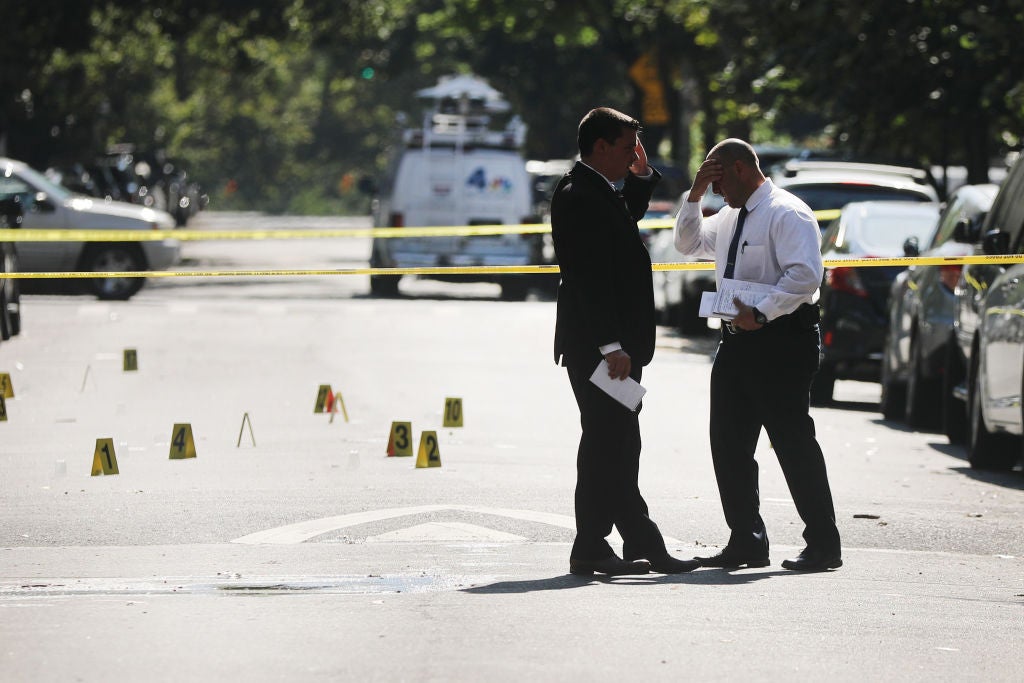 “In 1968, there were major urban insurrections, and most of them were sparked by a negative encounter between a police officer and a minority citizen,” says University of Missouri-St. Louis professor emeritus Richard Rosenfeld, one of the authors of the report. “The current situation is not unique, but what makes it distinctive is that, added to the social unrest, we have Covid. That combination probably accounts for why we’re seeing a spike in homicide.”

In January and February, before the pandemic or the unrest, the average homicide rate across the 34 cities jumped by 32.5% over the same months in 2019. In March through May, it was 19.4% higher. Then, in June through August, the homicide rate was 37.2% higher, followed by a 28.2% increase over 2019 for the remainder of the year.

Rosenfeld says far more research is needed before strong correlations can be drawn between last year’s overlapping ills and their exact relation to the surge in violence. He says that mass protests and unrest in response to police violence could have contributed by drawing officers away from neighbourhood beats, where research shows that law enforcement presence deters crime. The pandemic also reduced police presence on the streets as officers fell ill or had to quarantine.

The police killing of George Floyd and the aggressive police response to the subsequent protests could have also undermined community trust in law enforcement institutions.

“While I do think the pandemic probably did contribute, the timing of the homicide increase coincides almost exactly with the outbreak of mass protests after the George Floyd incident in Minneapolis,” says Rosenfeld, whose work focused on violent crime and crime data. “It’s not unlikely that the relationship soured even further [than normal] and people drew back even further from the police.”

With police legitimacy in a historic crisis, residents of neighbourhoods with high rates of homicide and other kinds of violence would turn elsewhere for help.

“They are then less likely to cooperate with investigations and less likely to report crimes, including crimes in which they themselves are a victim,” Rosenfeld speculates. “They are more likely to take matters into their own hands to solve problems, settle disputes, and that too could have contributed to the uptick in homicide.”

There are many other potential contributors, including a spike in gun sales at the beginning of the pandemic and the fact some of the communities hardest hit by Covid-19 were also the most affected by gun violence. The difficulty of travel, even after lockdowns, may have further trapped some gun victims in neighbourhoods that they otherwise could have escaped – say, by visiting family in another state – giving individual or gang tensions time to simmer down.

Rosenfeld says it’s also important to note that there is no evidence that this rising tide of violence is sweeping across society as a whole. Instead, these tragedies are being visited upon the same communities that usually suffer most harshly from gun crime and homicide. Young Black men, especially in lower-income communities, still bear the brunt of these murders.

A full national picture will not become available until much later in the year, when the FBI releases its annual report on crime. The National Commission on Covid-19 and Criminal Justice study also includes month-by-month analysis of a variety of other violent crimes, although the data sets are not as complete as those for homicide. Generally, they found that car theft and assault were on the rise in 2020, while drug crimes, burglaries and other property crimes were sharply reduced.

Of the 34 cities studied, homicides rose in 29 of them. Large proportional increases in homicides were seen in smaller cities like Chandler, Arizona, and Omaha, Nebraska. But the nation’s largest cities all saw substantial spikes in their homicide numbers from 2019. Because of their size, they make up a huge proportion of the raw numbers in Rosenfeld and his co-authors’ study. New York, Los Angeles and Chicago alone were responsible for 40% of the 1,268 additional people killed across these 34 cities in 2020. Houston, Phoenix and Philadelphia also saw spikes in violence.

City Monitor gathered the month-by-month data for the six largest US cities, which can be explored here.