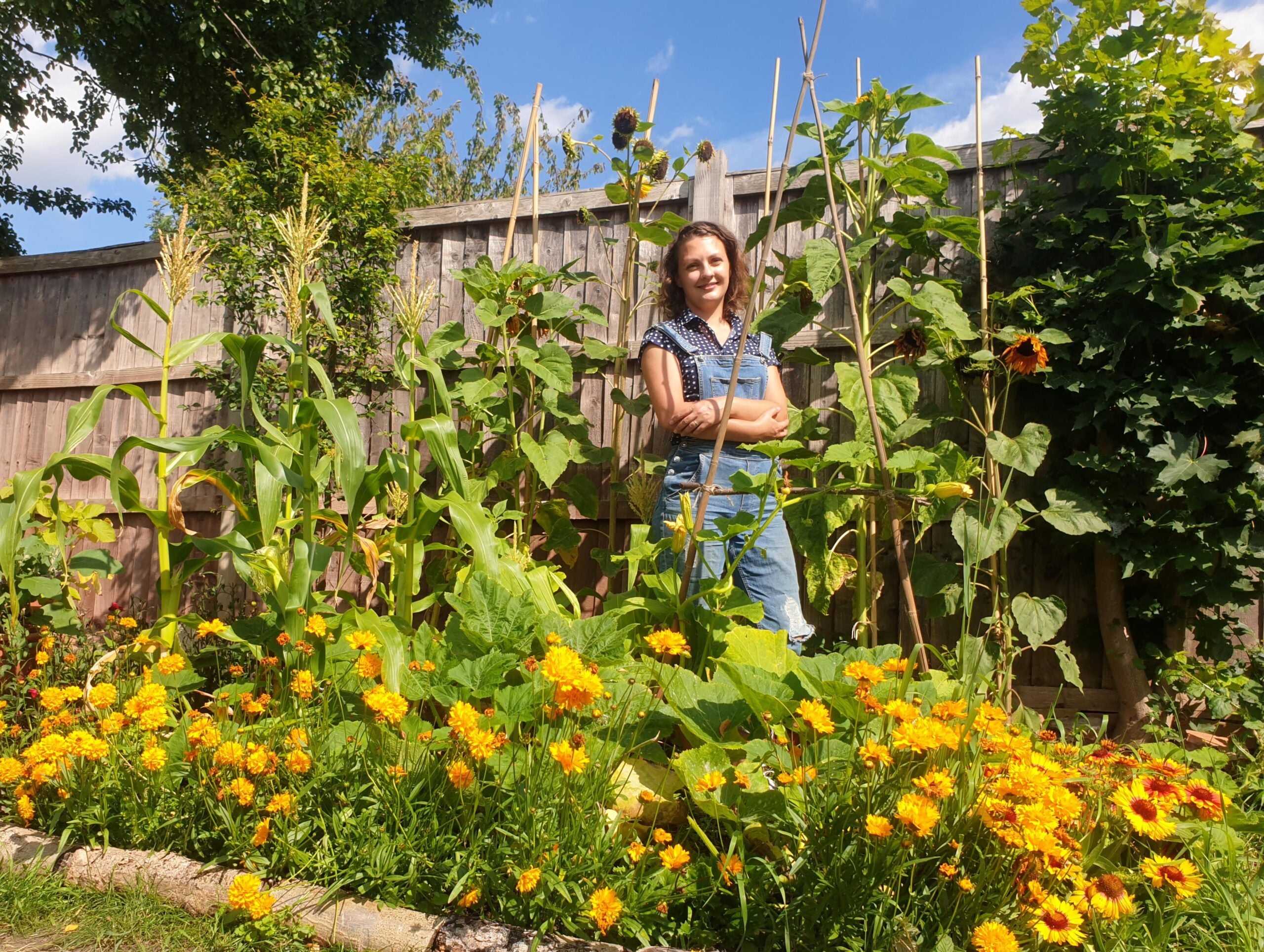 In Sydenham, a leafy suburb of south-east London, what was once a single Victorian home now encloses five small, separate flats. That, along with the neighbourhood’s median home price of over half a million pounds, “tells you the sort of population increase in the area”, laughs Ania Klimowicz, the owner of one. And a garden? Not a chance.

But for the 36-year-old and her husband, Pete, 39, nature isn’t far away. Stroll ten minutes down the road and you arrive at their private allotment – a few dozen square feet of inner-city land sectioned off for the growing of fruit and vegetables. Small but serene, this oasis of greenery is a tonic to the stresses of urban life, Ania says.

“As soon as I walk in, I take a deep breath of fresh air, and it feels like leaving London,” she says. “It’s a place where we can escape our little one-bed flat.”

As the UK wrestles with renewed coronavirus restrictions, the couple aren’t the only ones finding solace in urban agriculture. Demand for allotment space – creeping up in recent years – surged as Covid-19 crashed onto the scene, with applications in some cities spiking an incredible 700%.

For those lucky enough to land a plot, there is an annual rent of around £50 ($68) paid to the allotment owner – either an association overseen by the local city council, or a private outfit. Similar schemes are found worldwide, with reports of increased demand in Germany, Spain and Canada amid the pandemic.

For Miriam Dobson, an academic studying the phenomenon’s resurgent popularity in the UK, this comes as little surprise. In a survey conducted before the coronavirus, she and colleagues quizzed plot holders on the appeal of allotment life and were struck by the breadth of self-reported benefits.

“People really wanted to talk about the huge spectrum of well-being gains they got from participating in allotment gardening,” said Dobson, a postdoctoral research associate at the University of Sheffield. “These ranged from the physical health benefits – the exercise they got – to the mental health benefits from being outdoors and feeling connected to nature. The community and social benefits were really strong as well – things like sharing food and looking after each other’s plot when somebody was away.”

As pandemic fears deepened and public life retreated behind closed doors, many of the respondents contacted Dobson and her colleagues with an update. Allotments offered respite from social isolation and the wall-crawling boredom of lockdown, the academic says, recounting the repeated use of one particular phrase: “lifesaver”.

Ania and Pete would agree. As they were unable to work during the outbreak – both have careers in the performing arts – the plot kept them busy, burnt off excess energy and, perhaps most importantly, provided a platform for social interaction.

“In the bleakest days of coronavirus, there was a little community of people who went to the allotment every day,” Ania says. “It was so nice because we got to know people I don’t think we would have met otherwise, because they work during the day, we work during the night, that sort of thing.”

With the plot doubling as a garden space (complete with lawn, picnic bench and barbecue), its importance to the couple’s social life will continue long after the pandemic passes. First and foremost, though, it’s a bona fide piece of working land, sprouting carrots, beans, onions, potatoes, eggplants, tomatoes and all manner of other produce. These go into soups, sauces, chutneys and more, supplementing the couple’s daily food intake – a throwback, in a sense, to allotment holders’ proud place in British history. 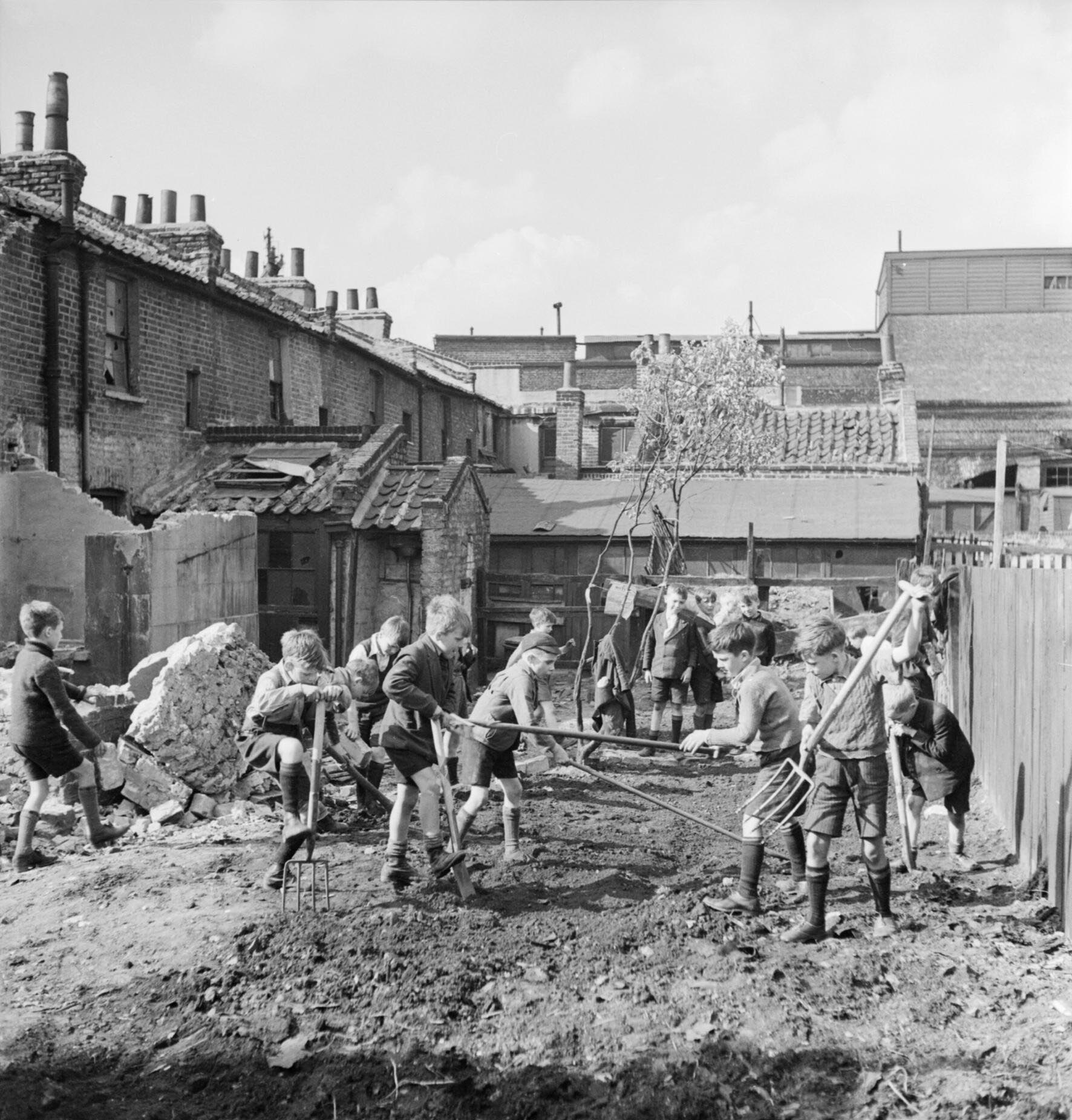 During the darkest days of the Second World War, urban agriculture in the form of victory gardens came to the rescue of the sustenance-strapped UK, offsetting the loss of supply ships sunk en route from the US. Responding to the government’s Dig for Victory campaign, millions of self-described ‘allotmenteers’ took up the trowel and spade nationwide, growing fruit and vegetables to supplement meagre wartime rations.

That changed in the decades that followed, however, as affordable-housing schemes gobbled up scant city space and mass-produced supermarket food became the norm. Today, there’s estimated to be no more than 300,000 allotments left in the UK – and as Ayesha Hooper of the South West Counties Allotment Association (SWCAA) explains, the threat of urban development that would remove them remains.

“An allotment in my town [in the south-west of England], which had been there for about 150 years, was just sold off for development,” she says. “There was no consultation. They just kicked everybody off of the site, and it all happened within a couple of months. People who’d been there for a very long time just lost everything.”

The SWCAA aids allotment groups fighting these sorts of evictions, but as Hooper acknowledges, there’s often not much that can be done. Agonisingly long waiting lists also hamper the plot-holding dreams of many, with decade-long delays not uncommon.

But for Sheffield-based Carol Burns, her site was more than worth the wait.

“I suffer with depression and anxiety, and my allotment really helps,” she explains. “When I’m feeling very anxious and down in the mouth, I go up there, and I can always find something to do. With allotments, you’ve always got to look forward, because you’re planning what you’re going to grow next year, so it takes you out of that moment of feeling really quite sad.”

Beyond the mental health benefits, Burns’ haul of fruit and veg (everything from broccoli to blueberries) helps keep herself, her two adult children and five grandkids well fed – and anything left uneaten, she says happily, goes straight to the local food bank for those most in need.