The lack of adequate public spaces in cities during the height of Covid-19 was a burden to many people. The conditions of distressed communities were a major factor in rising infection rates. Existing organisational flaws in cities acted as a barrier to the implementation of successful responses to the lockdowns. These realities will continue in our cities as we recover from the pandemic unless change is implemented.

The Place Standard tool (PST) is a mechanism for making efficient decisions in our cities post-pandemic. The tool was developed by various public bodies in Scotland. It is free and uses 14 questions aimed at improving physical and social environments in urban areas. It addresses the obstacles our cities face by highlighting what works and what needs to be improved. The tool can be applied by a wide variety of stakeholders.

Participants score each question from 1 to 7, with 1 being the worst rating and 7 being the best. It is possible to clarify the reasoning for each score. Results are shown on a circular diagram. The closer the rating is to the centre, the more improvement is required and the further the rating is from the centre, the better the situation is. When multiple compass diagrams that relate to a specific area are compiled, it is possible to identify trends within the designated area.

The lack of accessible public spaces in cities was evident during the pandemic. Policymakers have called for green spaces such as parks to remain open during lockdowns because enjoying these locations reduces feelings of anxiety and stress. Access to green spaces is not always easy, however. Rapid and unplanned urbanisation in the developing world has resulted in densely populated cities with limited access to green areas. For example, green spaces account for only 3% of Kathmandu’s area. Studies show that mental illnesses such as depression are also higher in cities than in rural areas. Green spaces in urban environments are vital for combatting this reality. They encourage physical activity and provide a sense of community and social unity.

In Hong Kong people were forced to eat in public toilets due to heavy rain when restaurants banned indoor dining. This highlights the necessity of adequate public spaces. Some require different amenities such as playgrounds or infrastructure for disabled people. Others do not consider weather conditions or encourage antisocial activity caused by design flaws. These issues undermine the viability of public spaces.

The PST is a useful mechanism as it addresses the specific needs of different neighbourhoods and public spaces. The tool discourages a ‘one approach fits all’ style of decision making that results in ineffective solutions as these needs vary.

The pandemic has reinforced inequalities in cities. In the US, research has shown that lower-income neighbourhoods were disproportionately affected by Covid because of factors including air pollution and badly kept public places. In the GCC (Gulf Cooperation Council) countries, overcrowded migrant worker housing was a crucial reason for the rise of Covid rates at the beginning of the pandemic. This led to migrant workers being temporarily housed in schools in Saudi Arabia.

These social and physical realities explain why life expectancy in deprived urban communities is much lower than in more affluent areas of the same city. In New York City, Brownsville has the lowest life expectancy in the city, and it has the largest number of public housing projects. Local residents often live in small areas and have limited access to green spaces. This highlights the correlation between mental illness and physical ill-health. Residents in such areas must be provided with the opportunity to control and engage with their surroundings in order to limit the causes of stressful environments. The PST is a mechanism for achieving public engagement and creating healthy physical environments.

Decision-makers have implemented radical changes in our communities due to the pandemic. The sudden nature of these much-needed adjustments was not always effective. As London recovered from the first wave of the pandemic in July 2020, bike lanes were introduced on Euston Road as an initiative to encourage a healthier lifestyle. It was unsuccessful because it resulted in protests by taxi drivers due to increased congestion. The decision was reversed in October 2020. The PST helps to avoid ill-considered decision making because it allows officials and members of the public to cooperate. The tool offers a better understanding of local attitudes and may influence better decisions, thereby avoiding expensive errors.

Lockdowns have shown that cities are sometimes ill-equipped to respond to local concerns, particularly when unforeseen circumstances occur. Philadelphia experienced a 134% increase in burglaries during the first six months of 2020 in comparison with 2019. This was because stay-at-home orders made it difficult for businesses to secure their premises and arrange adequate storage.

Grassroots neighbourhood watches exist in cities around the world, but they are not necessarily successful in combatting crime. Research shows that facilitating the flow of intelligence between members of the public and the authorities is essential to improving their practice. Local problems require local solutions with official support – neighbourhood residents can’t do it themselves. The PST is a useful tool for achieving this objective.

In order to create stronger communities, we must combat the underlying issues that the pandemic has exposed. The lack of green spaces in many cities, public spaces that are not user-friendly, and the realities of deprived communities preclude a healthy population. Also, inadequate collaboration between decision-makers and residents leads to poor decisions in cities.

The PST is a straightforward mechanism to tackle these issues. The tool is easy to use by the public and its results are comprehensible for decision-makers. The long-term effects of using the tool will help to meet three United Nations 2030 Sustainable Development Goals: Sustainable Cities and Communities, Good Health and Wellbeing, and Reduced Inequality. 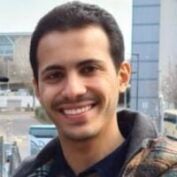 Khalid Salman is a researcher in urban development and town planning.
Websites in our network