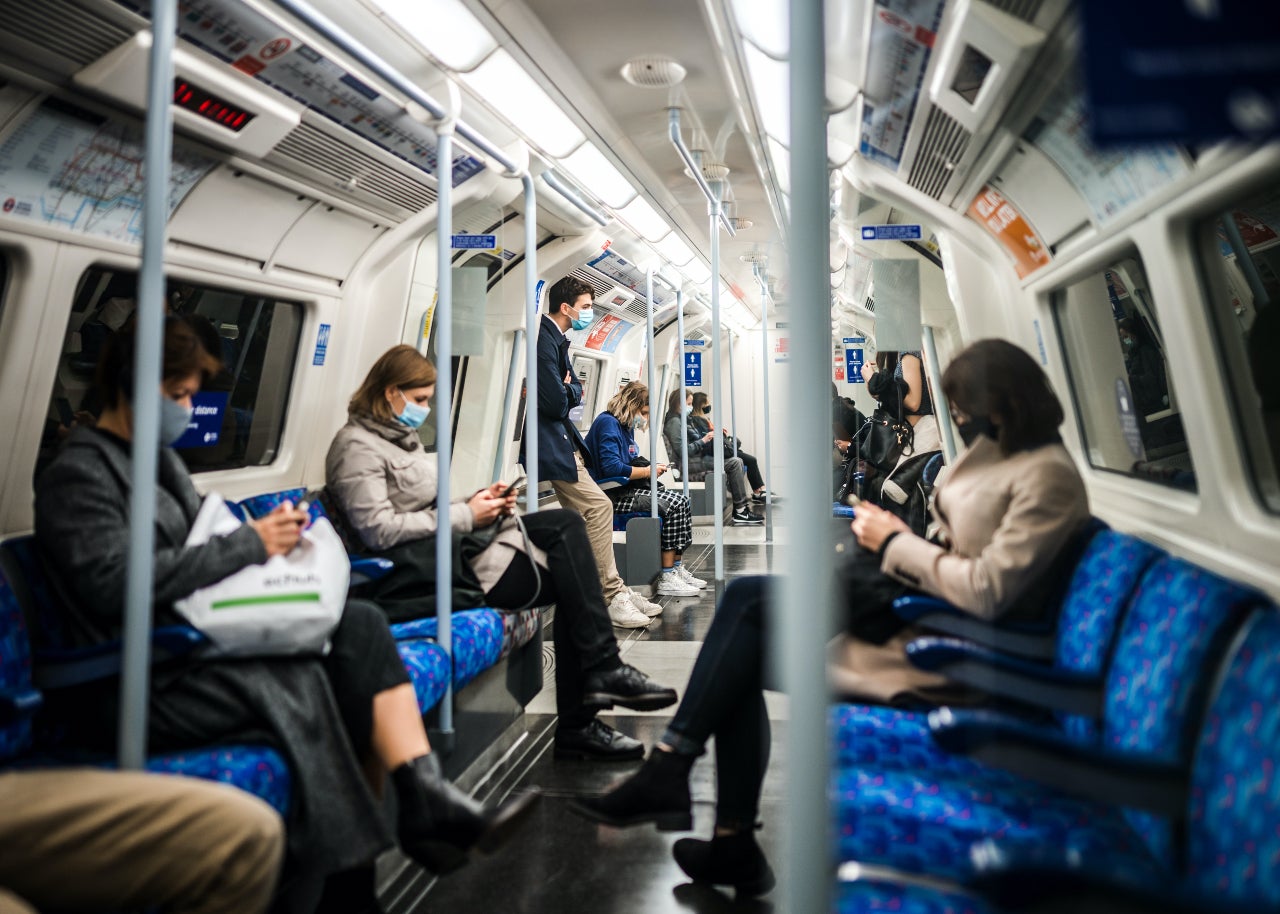 The UK capital’s TfL service may be impacted by the ‘Covid census’. (Photo by Matthew Troke/Shutterstock)

“Work mainly at or from home.” It was the box millions of us in the UK ticked in the 21 March census, describing a situation that we never imagined would still be the case now when we moved out of our offices this time last year.

For those whose job it is to decide how and where to invest in the transport network, the extra people ticking the work-from-home box causes a headache. According to the ONS, 30% of working adults worked from home in the week of 10 March 2021, a number that has hovered between 20% and 40% since the beginning of lockdown in 2020. Between January and December 2019, in contrast, 5% said they worked from home. Those numbers don’t compare directly – but it’s not hard to deduce a radical shift has taken place.

That leaves transport planners “blind in terms of how you make investments”, says Paul Swinney, director of policy and research at the Centre for Cities.

Historically, census data has worked for transport planners because the pace of change was slow. For their entire working life, a person might rise at 7am, take the 8.11am into town and be at their desk by 9am. They finished work at 6pm, took the 6.14am train and were home in time to say goodnight to their kids – every working day for 40 years. Certain things have changed: recent generations might switch jobs more frequently, and people are retiring later. Morning tea has changed to coffee; microwave lunches are now Pret baguettes. But that commute pattern hasn’t evolved that much – and surveying the population at ten-year intervals was enough to plan for the following decade.

The pandemic has upended that assumption. The lockdown conditions under which the 2021 census was conducted are clearly an extreme circumstance, but we don’t yet know to what extent things will return “to normal” in future.

The evolution of travel

The challenge for planners is that the way we travel will evolve as companies and employees settle on a new, post-pandemic pattern for working life. Even if the census was put back to 2022, as it has been in Scotland – or even the year after that – “I don’t think it will give us a full picture of what life is going to look like in the second half of the ’20s,” says Swinney. As with all areas of the pandemic, it’s an unprecedented situation: predicting the future is now harder than ever.

Richard de Cani is the global planning leader at the engineering and planning consultancy Arup, where he specialises in transport. He believes that although home-workers may return to the office once the pandemic is over, the way they do it will be different. “We’ll probably see more flexibility and variability in work patterns, so rather than being concentrated in that 7.30am to 9.30am window, we might have a slightly flatter peak, where we perhaps get less concentration there, but more people travelling 10am to 11am, with people coming into the office for three or four hours in the middle of the day and fitting in around what they can do at home or what they can do in the office.”

The good news for planners – especially in cities – is that they don’t have to rely on the census alone for the next decade. Transport is an area where the amount and variety of information explaining how we move around is increasing. In addition to authorities such as Transport for London (TfL) using contactless data to see exactly how passengers travel, sources like smartphone data are also becoming increasingly useful, says Swinney.

“Not only can you see where people are travelling from and where they’ve gone to, and how frequently they’re doing it, but you can [also] make estimates about the type of transport they’re using to do that, in terms of how quickly is the phone moving, and patterns of stops and starts,” he says. There are, obviously, questions over how that data is used and stored, but if those can be resolved, planners have data at their fingertips that “tells you not only the things that the census will tell you, but something extra, about frequency of travel, for example. Do you do a journey three or four days a week?”

TfL does not seem too concerned about the distorted picture provided by the Covid census. Alongside new data sources, it said the census “will give us the richest information we have ever had to inform the provision of services such as public transport and help us as we continue to build out of the pandemic”, and that “work is ongoing to identify potential alternative data sources to measure future travel to work patterns”.

The real challenge may be looking outside cities to rural areas, where data is sparse, mobile phone networks are patchy and public transport coverage is already lacking. If, for example, the few commuters who used a twice-a-day rural bus route are now working from home and planners decide the route is no longer viable, that risks leaving an entire community isolated.

This month the government announced a £3bn injection of cash into the bus sector, promising “more frequent, cheaper greener and easier to use” services, as well as £20m for transport in more isolated areas from its rural mobility fund to enable on-demand services such as minibuses booked via an app. But often those who are most vulnerable don’t have access to digital services like apps. And the investment comes “in the context of transport firms clearly struggling because people aren’t riding”, according to Swinney. That leaves the door open to routes being cut, in spite of the funding, especially if this census indicates services are no longer needed.

Like everyone involved in pandemic recovery, those figuring out where to invest in transport will have to change how they do things. “Coming out of this, I think the most important thing is: have we got the mechanisms in place to capture data that gives us insight as to how we’re responding in emerging out of the pandemic?” says De Cani. “Where are the gaps, and how can we fill those?”