It is over 70 years since the era of public rail ownership began in Great Britain. The British Railways Board formally took control of the operation and planning of the whole network, having been brought into existence by Clement Attlee’s Labour government under the Transport Act 1947 (the name British Rail didn’t appear until 1965).

At the time, the network was in dire need of investment. The Railways Act 1921 had consolidated over 100 operators into “the big four” – Great Western; London, Midland & Scottish; London & North Eastern; and Southern Railways. They had been financially squeezed by rules that forced them to carry freight at rates that were often unprofitable, and competition from an emerging road sector that had been prioritised for public investment.

The rail network had then been worn to the bone in supporting the war effort and considerably damaged by German Luftwaffe bombing. Rail safety had become a serious concern: two major accidents in the south and north of England within two days in October 1947, resulted in 60 fatalities, and contributed to that year being the second deadliest in British railway history.

The level of outlay to restore the network and rolling stock to its heyday was well beyond the financial resources of the big four. In keeping with a public mood that also saw the nationalisation of coal, iron, steel, electricity and telecoms, not to mention the creation of the National Health Service, there seemed only one way forward.

Many are similarly keen on rail nationalisation today, following privatisation in the 1990s. The majority of the public are in favour, and Jeremy Corbyn’s Labour party plan to act accordingly if they win the next election. What can we learn from what happened first time around?

The next station is …

The 1948 nationalisation was followed by the “modernisation plan” of 1955, which committed £1.2bn – around £30bn in today’s money. It included electrifying the main lines, replacing steam locomotives with diesel models, renewing the track and closing certain smaller lines.

With hindsight, it failed badly. It essentially replaced what already existed rather than looking at current and future needs, missing a once-in-a-lifetime opportunity to revitalise the system. Long-term decline continued, resulting in losses by the late 1950s and the Beeching cuts of the mid-to-late 1960s in the name of a profitable railway by 1980.

That never materialised, and the consequences of decline and under-investment rumbled on into the current era of private franchise operators and state-owned track and stations company Network Rail. Surging passenger numbers have made today’s problems even more acute, creating a network that in parts is under severe strain.

Infrastructure investment since privatisation has been considerable. Network Rail is over halfway through a five-year £38bn investment plan, and is partly funded by the franchise operators. Yet Network Rail’s balance sheet demonstrates the limits of these contributions. The company had a debt level of £34bn in 2014, and it’s set to rise to £52bn by 2019. This level of debt would crush any private sector company.

As regards the dilapidated trains inherited by the franchise operators at privatisation, many have been replaced. The new Hitachi Azuma being introduced on the East Coast line later in 2018 has ergonomically designed seats, super-fast wifi and “mood” lighting – a far cry from when customers revelled in the 1950s sophistication of corridors and toilets on new short-haul trains. 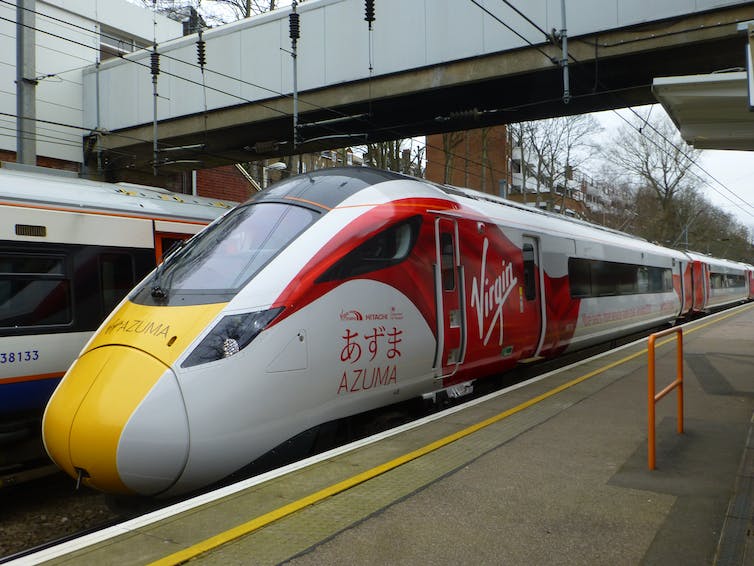 Today’s companies that lease the rolling stock to the operators have made the large capital investments to make these upgrades possible because ultimately this is state-backed. The government will always ensure that train operating companies have trains.

There is a strong sense that whatever the level of investment in trains and track, it will never be enough. But this endless quest for a modern efficient railway can only ever be pursued with the heavy support of public finances. Nationalisation is likely to have little impact because the state is so heavily committed already.

As for the rail franchises, if you ignore the state’s contribution to infrastructure costs, a number are profitable and some considerably so – these include South West Trains, Greater Anglia and Thameslink. Operators have benefited from both the passenger increases and reduced charges for track access.

The government imposes premiums on different franchises based on how profitable they are expected to be over their seven-year lifetime. This is designed to prevent excessive monopoly profits and reduce the overall subsidy requirement. Yet it represents a very serious business risk for operators, since they have to accurately forecast revenue streams seven years into the future. This was no better highlighted than by Virgin Trains’ early planned withdrawal from the East Coast franchise on the back of missed projections.

Some might accuse Virgin of having tended too ambitiously, or even recklessly, but I’d argue the system takes the idea of business risk to breaking point, underpinned by a competitive tendering system that almost encourages excessive optimism. And because premiums can easily end up too low or too high, there’s a constant prospect of early withdrawals or public anger.

Nationalisation was no panacea in 1940s. It was driven more by circumstances and political ideology rather than any great strategic vision for a modern railway. The investment errors of the 1950s look like a classic example of the ills of public sector management: poorly defined objectives, loss of focus, little sense of realities at senior management level and wasteful extravagance.

The current model, on the other hand, exposes the private sector to excessive business risk and builds instability into the system. It also still depends heavily on state infrastructure investment or guarantees.

The best way forward is probably to optimise what we have: re-evaluate the rail franchising process and look at different ways to share business risk between the public and private sectors. That might include directly awarding some franchises without a tendering process, whether to a private or public operator, for example. It would be a step towards full nationalisation without throwing out the baby and the bathwater.