This story might sound familiar: A collapse in ridership during the Covid pandemic has destroyed the finances of an entire transport network. Now those who run that network are demanding an injection of public money – or, they say, its future viability is in question. 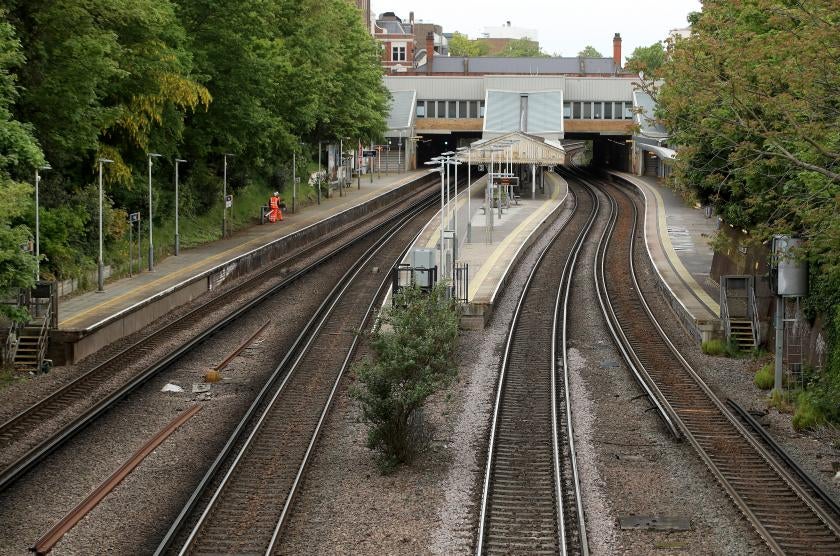 This time, the network in the spotlight is Britain’s railways. Over the past three months, the rails have seen just 30 million passengers. Compare that to 439 million in the same time period last year – a drop of 93%.

The network is run by private rail operators, normally as franchises in which train operating companies (TOCs) pay a fee and bank the revenues. But to ensure that trains kept running for those who needed them, the government introduced “emergency measures agreements” on 23 March, replacing that longstanding franchise system with a management contract one, in which the operators are paid a set fee, equivalent to a 2% profit margin on their pre-pandemic operating costs. Essentially, it was an admission that the government wanted trains to keep running more than it wanted TOCs to bear the financial risk.

To pay for all this, according to figures released by the government this week, the government has approved around £3.5bn of extra spending, of which “£2.9bn relates to the 2020/21 financial year”. The Guardian combined this with those journey numbers to calculate that it amounts to a subsidy of £100 for every journey taken. A spokesperson said that the Department for Transport disputed those figures – but didn’t explain why or offer alternative calculations.

And people still aren’t travelling. The emergency measures agreements are due to run until September. The TOCs are now calling on the government to extend the arrangements by another 12 to 18 months.

Ministers essentially have three options. They can accede to the TOCs’ demands, which means continuing to pour money into subsidising rail services. They can loosen social distancing rules, and encourage people to return to rail travel (changing the guidance to allow people to stand within one metre of each other, rather than the current two, would allow trains to run at 45% of normal capacity, rather than the current 15-20%). Or they can accept that some services are going to stop running.

It’s an unenviable choice. But it’s one which is currently facing other transport networks, too. Transport for London has already received a £1.6bn bailout, which is meant to last until October. If passenger numbers aren’t returning to normal by then, the government will face a choice between pumping more money in, or accepting reductions in services. Across the Atlantic, meanwhile, the US’s Amtrak rail network has announced plans to slash services nationwide in response to pandemic-led falls in passenger numbers.

What all of these networks have in common is that, in normal times, they’re funded largely via passengers. The farebox recovery ratio – the proportion of operating expenses funded by fares – is around 95% for Amtrak, 94% for London’s Overground and DLR services, and 134% for the Underground. (I can’t find an equivalent figure for the national railways, but the reason fares rise ahead of inflation each year is because the government has been reducing subsidies.)

That’s great in normal times – but these are not normal times. Now it’s those networks that were always reliant on subsidies that stand to emerge from the pandemic in the best financial shape.