We know what happens when city drivers can’t find a street-parking space near their destination: they circle the block until their luck changes. Plenty of research has documented the great toll this takes on traffic congestion and air pollution. The field’s leading scholar, UCLA parking guru Donald Shoup, has found that cruising for parking can account for some 15% of downtown traffic at the lower end of the spectrum, and up to 74% at the extremes.

What we don’t really know is whether trucks, vans, and other large commercial vehicles do the same dance. Conventional wisdom says they don’t bother. Delivery routes strive for extreme time efficiency (UPS famously avoids left turns to cut delays) and need direct loading access, so we assume commercial vehicles just double-park right at their destination, eat the fine, and call it a day. But recent studies of major North American cities – Chicago, Toronto, Seattle, even New York – have found that double-parking accounts for only around 2-3% of commercial vehicle citations.

Such measures likely undercount the practice, since not every double-parked vehicle draws a ticket. Still, there’s clearly a lot of commercial circlers out there fighting for a curbside space. And yet there’s been virtually no research on them. One of the few exceptions was a 2016 report that surveyed just 16 trips – a start, but hardly sufficient.

The omission matters now more than ever. The pandemic has intensified competition for the city curb, leading to yet more deliveries from vehicles big and small, as well as pop-up “streateries” for socially distanced dining – a welcome street fixture New York just made permanent. If commercial vehicles are bigger players in this contest than imagined, cities should factor that into how they design and manage the curb. 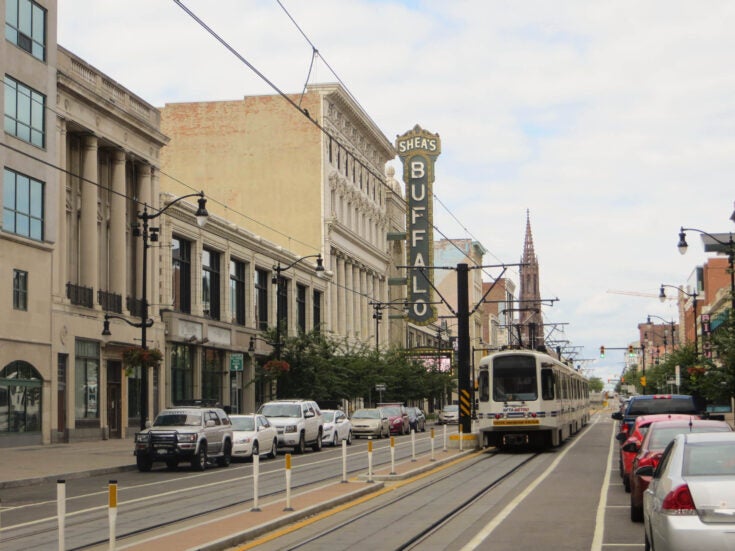 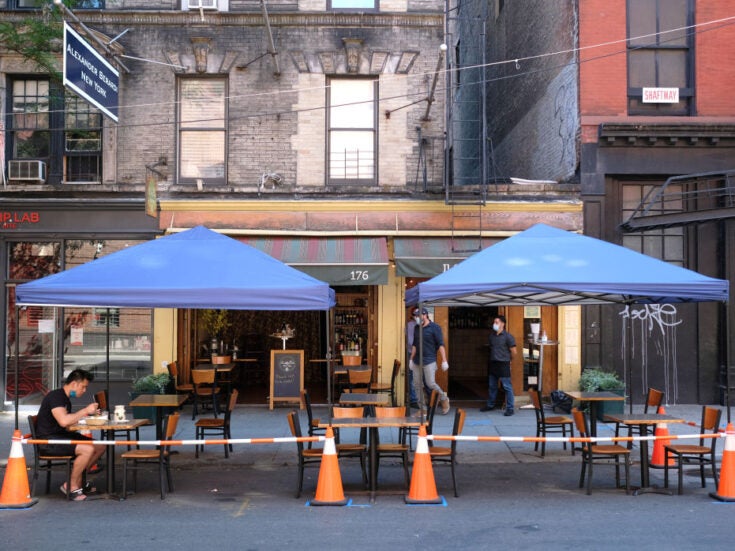 How Covid is changing the curb 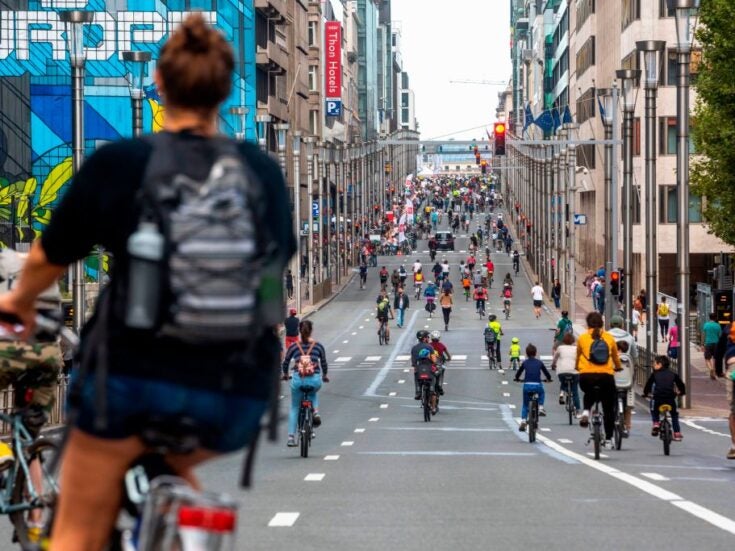 Ban cars: Why cities are embracing the call for car-free streets 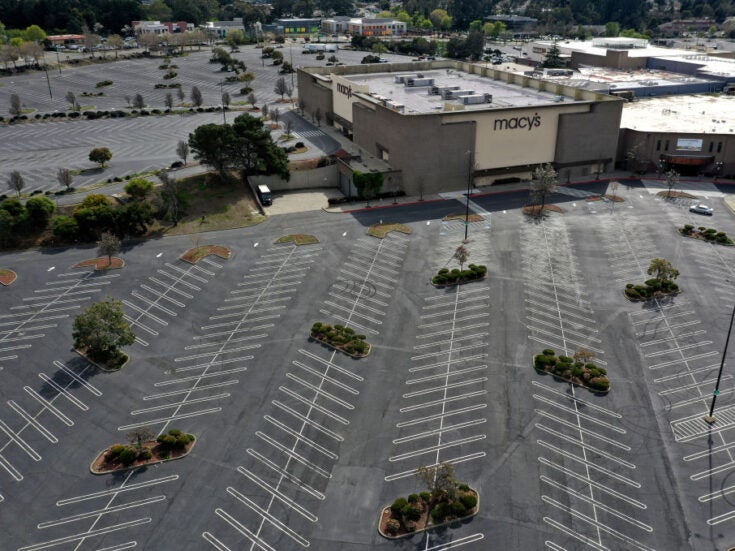 Cities have a parking problem. More parking is not the solution.

Some new research helps fill the truck-sized gap in the cruising literature. In a clever study of commercial vehicles in downtown Seattle, scholars Giacomo Dalla Chiara and Anne Goodchild of the University of Washington found that cruising for parking accounted for a whopping 28% of total trip time. The researchers call their work – published online last month in the journal Transport Policy – “the first significant empirical evidence of cruising for commercial vehicles.”

That’s a lot of circling. There’s also a lot cities can do about it.

The findings: An hour of circling a day

Cruising for parking is hard to detect. George Costanza might announce his sophisticated circling strategy with pride, but most aspiring street-parkers inch along in a manner not dissimilar from the normal stop-and-start flow of city traffic. A keen sidewalk observer can usually discern the circlers from the travelers, but gathering data on a large volume of circling is a tougher task.

To overcome the inscrutable nature of circling, Dalla Chiara and Goodchild collaborated with an unnamed parcel delivery company, which provided GPS data for roughly 2,900 actual commercial vehicle trips that took place in downtown Seattle. The data showed each trip’s origin, destination, and travel time over the course of a month in 2018 – but it didn’t show how much of that travel time was spent circling for parking.

To get that figure, the researchers designed a statistical work-around. They recreated each trip’s “ideal” travel time in Google Maps, using the same day of week and time of day to hold traffic constant, then they subtracted this ideal travel time from the actual travel time to infer the time spent circling. In other words, if Truck A actually went from Store B to Store C in 15 minutes, but Google Maps said the trip should ideally have taken 12 minutes, the researchers assumed Truck A spent 3 minutes cruising for parking.

The analysis confirmed what previous studies found about double-parking: there wasn’t tons of it. If lots of double-parking occurred, you’d expect to find lots of trips with matching ideal and actual travel times. Instead, roughly 85% of the trips had an actual travel time that exceeded the ideal time, suggesting at least some deviation from the most direct route.

Next the researchers totaled up all those deviations. They found a median circling time of 2.3 minutes against an average total trip time of 8.2 minutes – suggesting that 28% of commercial vehicle trip time was spent circling. For the typical driver making 30 trips per tour, that adds up to 1 hour and 10 minutes spent circling downtown Seattle per day.

(If anything, that estimate might be conservative. Dalla Chiara writes via email that the researchers used the median circling time instead of the mean because it was more robust against outliers. Indeed, using the mean of 5.8 minutes would suggest that commercial vehicles spent 71% of their time circling for a parking space, or nearly 3 hours per tour.)

As a final touch, the researchers collected policy and design characteristics about the curbs at each of the destination points. These curb allocations included things like designated loading zones, metered street parking, off-street parking (lots or garages), bus lanes, and private loading bays. The goal was to determine which curbside factors affected cruising decisions most.

The biggest determining factor was the presence of a commercial vehicle loading zone – a curbside area designated specifically for trucks, vans, and other delivery vehicles. Adding one such zone at a destination reduced trip time by up to 6.5%.

That’s not a huge surprise, but it does speak to the general preference for commercial vehicles to occupy the curb. To that point, the presence of bus lanes worked in the opposite direction. When bus lanes prevented curbside parking, trip times increased up to 3.1%, again suggesting that commercial vehicles prefer a curb space near their destination, and will circle a bit to find a nearby legitimate space rather than park illegally in a travel lane.

How to fix cubside delivery

The most direct way to reduce circling by car drivers is to price the curb. If you set parking rates to reflect demand for street spaces, ensuring that one or two spaces are always open on a given block, you can cut circling in half (while also generating revenue to support bikes and transit). But it’s not clear that dynamic prices would have the same impact on commercial circling: unlike car drivers, delivery drivers can’t choose or change their destination, they can’t use an alternative travel mode, and they’re not paying the high parking rates from their own pocket.

So how can cities better manage curbside traffic for commercial delivery vehicles? Based on the latest research and other trends, there are a few approaches that seem promising:

As the new study shows, commercial vehicle loading zones clearly cut down on circling – and the traffic and pollution that comes with it. And there’s certainly a case for more such zones. In Seattle, only 11% of curb space is designated for commercial loading. But rigid curbs have downsides, especially when the exclusive use is parking. Such a policy can work at odds with a city’s objectives for street safety, clean air, mobility choices, retail support, and vibrant sidewalks.

An alternative to rigid loading zones can include flexible or dynamic curbs: curbside zones designed to be changed for new uses quickly and easily. Flexible curbs could be paired with another policy innovation, off-hour (or late-night) delivery programs, to ensure that commercial vehicles have the space they need to operate but not a permanent claim on the curb. But both ideas work best when paired with real-time data.

Whether in concert with flexible curbs or alone, real-time data on commercial parking or loading availability has the potential to cut down on circling by routing drivers directly to an open space near their destination. With the right setup, they could potentially even reserve such space ahead of time.

The challenge to such an approach is integrating real-time curbside data (typically managed by public agencies) with delivery routing systems (typically private and proprietary). That’s no small task. It has proven difficult to share data in secure ways that protect a company’s privacy concerns while also providing city agencies with vital insight about trip patterns that can help them manage the curb. But it’s certainly possible – and, in fact, the researchers Dalla Chiara and Goodchild are testing what they call the “first parking information systems for commercial vehicles in Seattle” right now.

Use logistics hubs and cargo bikes

Sending big, half-empty trucks onto local streets is often unnecessary even if the right curbside infrastructure is in place. It’s costly and inefficient for the carrier, and pollutive and unpleasant for residents. In response, more and more carriers are deploying smaller delivery vehicles, from sprinter vans to cargo bikes, in dense urban areas. Among other benefits, this move makes it easier to find a parking, loading, or even sidewalk space right near a destination.

The ultimate expression of this trend is the creation of a local logistics hub – located on the perimeter of a neighbourhood – that collects inbound deliveries from large commercial vehicles and distributes them the last mile via smaller (ideally electric) cargo fleets. The “urban consolidation centre” in the Dutch city of Nijmegen is the most successful example of such a hub, but makeshift ones are emerging in North America, with the company REEF repurposing underused parking lots as logistics centres.

Anything to keep away the circlers.