Gosh, I look forward to the morning commute on my e-scooter. The fresh air, gliding past rows of queuing cars, the wonderful sights of London passing me by. Alright, I’m lying, I got to work on the Central and Victoria lines. The air on the Central line has never been described as fresh, and the rat scurrying across the lines at Oxford Circus was the only sight to take in.

But is this set to change? The UK government is launching a consultation this month into legalising e-scooters, currently banned on all but private land. For the good of cities, it should declare them legal on roads and cycle paths.

E-scooters have the potential to be transformational. So called micromobility (essentially not a car, bus or train) can get people out of their cars and take the strain off a creaking public transport network. A study in Portland, Oregon found 34 per cent of e-scooter riders had switched over from cars. Studies have also shown that they are more popular with women when compared to cycling.

I have also noticed that the kind of people who come back from Paris or California raving about “this future of transport” are not just part of my city design obsessed echo chamber. One even drives an SUV. They didn’t come back declaring how e-scooters can move six times as many people per metre of road space compared to cars (they can). They simply described to me the sheer joy they experienced getting around on two small wheels for the whole time they were away.

For cities like London, in the thick of a housing crisis where space is a premium, storage is crucial. My partner recently learnt to cycle (through the truly wonderful, and free, TfL cycle skills programme) and would dearly love to own a bike. But we just don’t have anywhere safe to store it. An e-scooter, easier than a bike to carry up narrow staircases and store conveniently, removes this.

What’s the hold up? There are two pieces of legislation banning e-scooters. Firstly, The Highway Act of 1835 which prohibits the use of powered transporters on pavements: I think this is sensible. In the hierarchy of transport pedestrians and wheel users must always come top, and it’s clear a scooter travelling at 15.5mph does not belong on a pavement.

The second regulation, The Road Traffic Act 1988 treats e-scooters like any other motorised vehicle, requiring insurance, MOTs and would perversely require them to have more powerful motors. This should change. They should be treated the same as e-bikes. The only difference between them being the rotation of your legs. 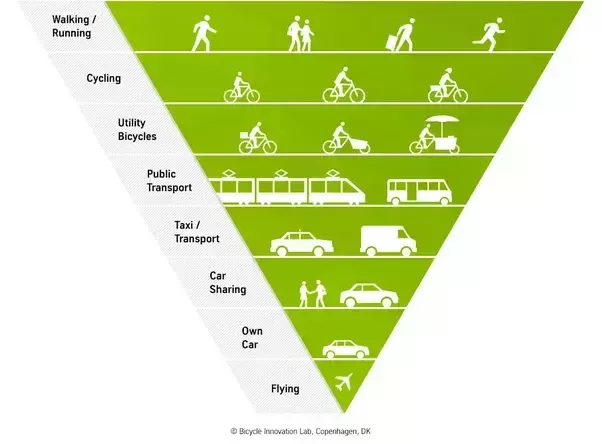 Thankfully it seems we may finally be seeing the light and could bring ourselves into line with most European countries. I urge you, for the good of the cities across the UK, to support their legalisation and help our cities move to a pollution and emission-free future.

Maybe this time next year I really will be gliding to work with a smile on my face, rather than sharing the tunnels of London with squished humans and scurrying rodents.

David Milner is an urban designer and project manager at Create Streets.