Since the start of the millennium, hundreds of passengers have been killed and thousands injured by bombings on metro rail systems. These systems are particularly vulnerable to terrorist attacks using improvised explosive devices (IEDs), a weakness which has been exploited by more than 150 terrorist organisations – ranging from ultra-left extremists to religious fanatics – to target commuters in 64 different countries over the past four decades.

Madrid’s Cercanias commuter train system was hit in 2004, London’s Underground in 2005, Mumbai’s suburban rail network in 2008 and Moscow’s metro in 2010. More recently, bombings took place in Brussels in 2016 and again on the London Underground at Parsons’ Green Station in September 2017.

There are certain factors which make metro rail systems particularly vulnerable to attacks like these – but there are also several measures that authorities can take to make them safer.

Security measures are weak at most train stations – and there’s a high concentration of people. This makes them prime targets for terrorists looking to carry out mass casualty attacks using IEDs. IEDs have been a weapon of choice for three main reasons: they’re easy to acquire, there’s a low risk of detection and the potential impact is huge.

IEDs are relatively inexpensive to build, and the internet has emerged as a valuable source for terrorists to share detailed instructions on how to assemble a wide range of bombs. Once put together, IEDs can be smuggled onto packed commuter trains to cause mass casualties.

Installing airport-style security checks at train stations could prevent attackers armed with IEDs from entering. But this presents obvious difficulties: metro rail systems are designed to be used by millions of passengers every day. People would resent long waits in security queues multiple times a day to complete their commute. 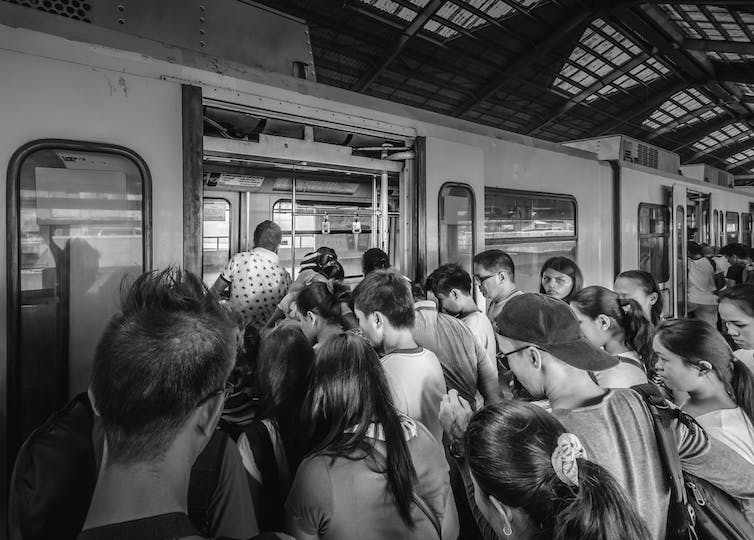 Owing to their function, metro rail projects are conceived as open architecture systems. This means that, in the design phase, emphasis is placed on facilitating the movement of passengers. Every care is taken to minimise the presence of bottlenecks (other than those created by shops and fare collection gates) that can inhibit movement, cause delays and create safety concerns, brought about by overcrowding. This open design makes it easier for terrorists to enter, plant explosive devices hidden in bags or backpacks and make their escape afterwards.

Metro rail systems are also vulnerable because of the inherent predictability in the way they operate. It is easy for terrorists to work out when trains are most crowded, in order to cause a large number of casualties. This may explain why the attacks on the London Underground in 2005 and 2017 both took place during the rush hour.

The response of security agencies to this threat has varied around the world. In London, the emphasis is on covert measures. Police rely on intelligence-led operations to disrupt plots at the planning stage, while a vast network of CCTV cameras is used for surveillance to identify suspicious behaviour.

At the other end of the spectrum, security personnel in Beijing, Delhi and Moscow scan every bag for explosives and pat down every passenger before they can start their commute. This approach comes at a cost, as waiting times in security queues can stretch up to 20 minutes during the rush hour.

Across the world, it’s becoming increasingly common for railway companies and police to rely on ordinary railway employees such as train drivers, station managers and platform managers to perform a security role by identifying suspicious objects and individuals and reporting them to authorities.

Training railway staff in a security role can lead to “target hardening”: in other words, it increases the effort required on part of terrorists to attack metro rail systems and raising their chances of getting caught. The challenge for rail companies has been that the security role creates an additional burden for staff, which could lead to errors in both the security checks and their conventional role.

Innovative technology and design solutions are also being tested, to better secure metro rail systems against terrorist attacks. For example, provisions are made at the design stage of stations to include potential checkpoints, where baggage scanners can be installed to check passengers when police receive specific warnings.

There are nearly 200 operational metro rail systems worldwide – and new ones are under construction at a rapid pace . They provide a fast, affordable and environmentally friendly means of transport to large sections of population and have become an essential feature of cities across the world. Now, security agencies, railway operators and engineering companies must come together to protect these systems – and the people who use them – from the threat of terrorism.

This article is from the CityMetric archive: some formatting and images may not be present.
Topics in this article : Terrorism