The growth in hotels investing in electric vehicle (EV) chargers reflects rising demand for sustainable transport infrastructure and a shift in luxury hospitality towards the environmentally conscious consumer. 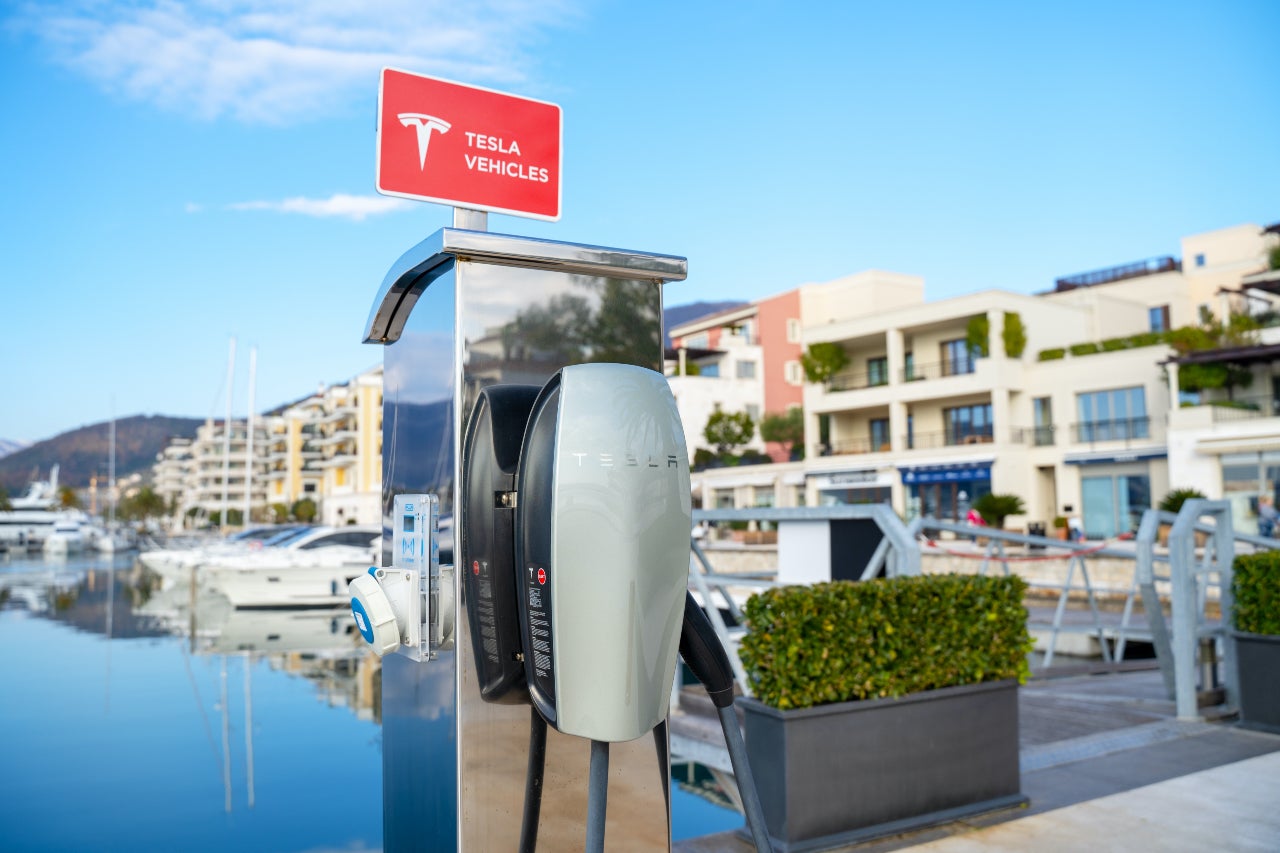 An EV charging station for Tesla vehicles by a waterside hotel. (Photo by Masarik/Shutterstock)

Sales of electric vehicles have grown by more than fourfold in the past five years, according to data from the IEA. China has led the way, but there has been strong growth in Europe and the US as well. In response to this, it is becoming increasingly common for luxury hotels to offer electric vehicle charging on-site.

Elite Traveler analysed data from EVHotels, an app that locates electric vehicle charging at more than a quarter of a million hotels worldwide, alongside reports and press releases from leading hotel brands. It found that among some of the world’s leading luxury hotels, EV charging offer has grown by 19 percentage points over the past five years, with one in four properties now offering the service.

Which hotel brand is best for EV charging?

According to data provided by Waldorf Astoria, the hotel group has charging facilities at 20 of its locations – the most of any of the brands Elite Traveler analysed. Ritz-Carlton follows closely behind, as 40% of its properties have charging facilities.

Where in the world is the best for hotels with EV charging?

Ritz-Carlton and St. Regis hotel groups, both owned by Marriott, make it particularly easy for prospective guests by clearly listing all of their electric vehicle-friendly locations on their website.

Ritz-Carlton and St. Regis have more than 150 properties worldwide; nearly three-quarters of their North American properties have electric car chargers, compared with just over a quarter in Europe, and lower figures elsewhere in the world.

Which country is best for EV charging?

Luxury hotels in the US are adapting quickly, installing EV chargers with purpose, but the number of publicly available chargers is still very low compared with other leading nations.

Even for those with electric vehicle chargers in their homes and hotels, driving long distances or planning trips with an electric vehicle will be logistically difficult without the public infrastructure in place for fast-charging en route. Sustainability advocates say that, while business support of electric vehicles is crucial, public investment is vitally needed to allow electric vehicles to truly rival, and ultimately replace, their gas-powered counterparts.