British rail commuters are being told they are likely to face fare hikes. Price increases aside, the rules around tickets are complex and date back to the 1980s, which means there’s a bewildering array of tickets available: anytime, saver, super saver, season, advanced, first class, second class, child, adult, privilege, two together – to name a few.

A simple matrix gives over 200 ticket types for all destinations. Add in a second operator or specific requirements, and the choice can easily be over 250. People are pretty much left to interpret all this for themselves, and make the decision that’s right for them.

With 20 years of experience in the rail sector, working for train operating companies, Network Rail and in non-government organisations, together with a keen focus on customer service through our research at the University of Huddersfield Business School, we thought it would be worth sharing some tips on how to navigate train tickets. So we have come up with some simple rules of thumb, which can help you get better prices on your train tickets.

The further in advance you buy a ticket (online), the cheaper it will be. For instance, a standard class single, Milton Keynes to Glasgow Central, leaving in the morning would cost £22 (only valid on the 10.13am train on September 12, 2018, booked July 2018). By contrast, an off-peak ticket – which can be bought in advance or on the day – would cost £64.05, while an anytime ticket would cost £155.50.

Does the Integrated Rail Plan break key pledges on levelling up?

Why are the UK's trains so expensive?

Commute patterns have been upended. Transit planning should be too.

It’s important to know that, for the most part, all train websites sell the same tickets at the same regulated price. For advanced fares (bought before travelling) the train company that covers the majority of the journey you are travelling may offer a cheaper ticket price not available on other sites, so its worth checking who the main operator is and visiting their website or budget spin offs.

For example, Milton Keynes to Southport (Merseyside) will require you to use two operators, probably Virgin Trains and Mersey Rail. In the case Virgin Trains is likely to offer the cheapest advanced tickets for this route.

Most journeys starting before 9.30am will face a peak time premium, so always start your journey after that time if possible. If you have to start before 9.30am, look at buying two tickets; the first covering you for the part of the trip that you take before 9.30am and the second for afterwards. This is called “split ticketing”. 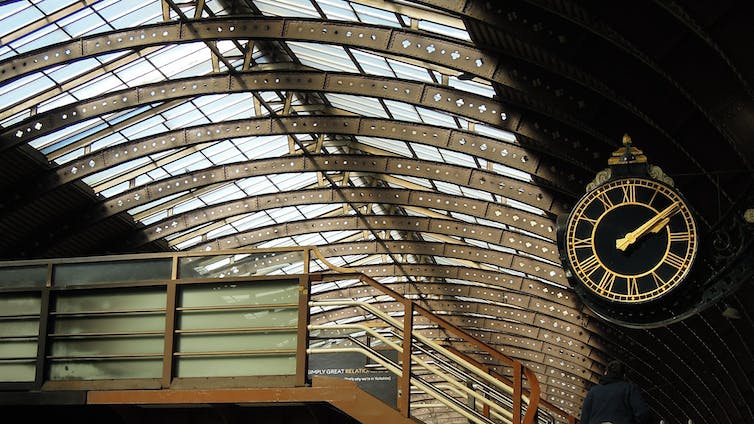 And providing your train is routed via Manchester, you don’t even have to get off the train. You can figure out and book your route yourself, or there are some websites that can do it for you.

3. Saving with singles and returns

Anytime returns, setting out before 9.30am, often cost twice as much as a single. Meanwhile, tickets valid after 9.30am often have a return price that’s less than £1 more than the single. So, it’s often cheaper to buy a single and a return, if you think you might travel the same route again.

This is because the two singles will cost £137.60, but I could pay £140.30 for a single and an anytime return. Then, if I happen to have a night out in Manchester (or anywhere else on the Huddersfield to Birmingham route) I can use the return to get there, potentially saving some of the cost of the fare.

Always check if there’s more than one operator running a route, and if they have specific tickets. For instance, the London to Birmingham journey is served by three operators, which offer a direct service, all with a different journey duration and price.

For a departure before 9am, a ticket with Virgin will cost £176.50 and the journey will last 80 minutes, London North Western Railway (Formerly London Midland) will cost £29.50 and last 130 minutes, and Chiltern will charge £30.50 for a journey lasting 120 minutes.

All tickets are valid via any reasonable route, unless specifically stated on the ticket. This means that you’re allowed to break your journey, by getting off at a stop along the way (as long as you still respect restrictions, such as off-peak travel). This means you can do some quite remarkable journeys on strange tickets.

The rule is rather arcane and not well understood. Because of the challenges this can cause, the railways simply state that “a route needs to be reasonable” – without making clear what that entails. Basically, you must be able to justify your route and never double back on any section of track. If challenged, you must explain the route you are taking, in accordance with the rule.

As an example, Swindon and Birmingham might reasonably be visited on a ticket to Manchester, or even Edinburgh, from London. The fact you can break your journey means you could schedule a meeting or visit friends at any or all of these cities. In some cases, you may not even make your end destination… but bear in mind the ticket is only valid for one calendar day.

This article is from the CityMetric archive: some formatting and images may not be present.
Topics in this article: Britain