Bike lanes can be pretty confusing, can’t they? They’re, like, a part of the road, but they’re… not for cars? I mean what’s that about? 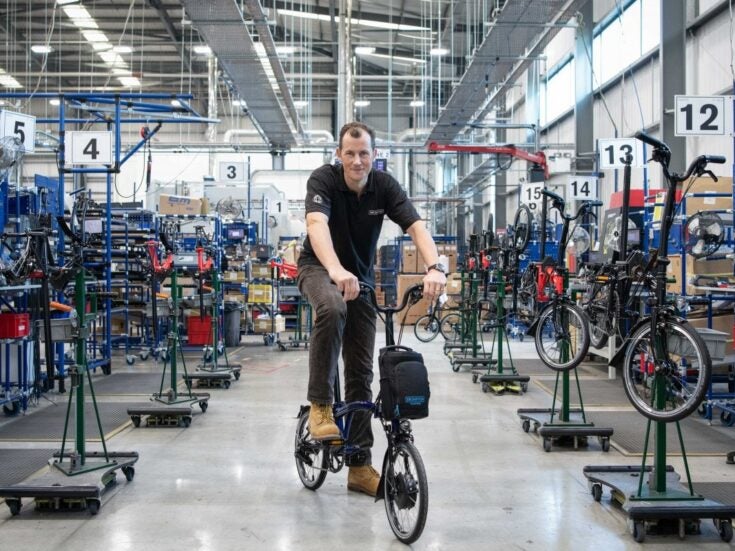 2 cars in the #bike lane in #London Victoria today. Pointed it out to one. His solution: park on the pavement pic.twitter.com/AR0Kv6YjoF

It happens in New York, too.

@CitiBikeNYC dekalb and Flatbush 10 min ago- please tell driver not to park in bike lane! Sitting in car on phone! pic.twitter.com/ei0EHgVUlH

And on the outskirts of Boston.

And in Brazil, where some of the locals are getting pretty angry.

Anyway. London is trying to get around some of these problems by replacing tiddly little cycle lanes with giant, unmissable cycling superhighways. Sometimes these are painted blue:

This is a cycling superhighway, honest. Image: Danny/Cyclists in the City/Wikimedia Commons.

But that gets confusing because sometimes they’re also just bits of a main road, and painting a road blue isn’t enough to stop cars from going in it.

So TfL is thinking again. The new generation of cycle lanes are segregated. They include one which’ll cross the city from north to south, and another going from east to west.

An new lane, nice and wide, entirely separate from the scary bit with all the cars in it. You’d think that’d be make everything clear, right? What could possibly go wrong?

Tailgated by more clowns driving in the segregated superhighway this evening. Where do these people come from?? pic.twitter.com/acNXkWcL3l

Oh. Still at least it isn’t a regular-

Traffic jam of cars in the cycle superhighway on Blackfriars Rd. Why no blue paint to make it less like a road? @tfl pic.twitter.com/EAdcxJfWBv

Since cars are very definitely not allowed to be there, shouldn’t the authorities be doing something about this, we asked TfL?

Nigel Hardy, Head of Sponsorship at Surface Transport for Transport for London, said: “We expect it to take time before all road users become accustomed to radical changes, such as bi-directional cycle tracks, on major roads in a world city.‎ Isolated incidents of motorists using the new segregated lanes have been brought to our attention and, working alongside with the Met Police, we have an extensive education and enforcement campaign aimed at preventing this.”

Let that be a warning.