Hybrid Air Vehicles (HAV), the company behind the Airlander airships, recently confirmed that it had received its first commercial order – ten to be delivered to European-based Air Nostrum Group from 2026.

Bedfordshire-based HAV developed the 100-seater Airlander 10 out of Cardington airfield in the UK, with the aim of creating an eco-friendlier form of travel, one the company believes will “[cut] flight emissions by up to 90%” on its Spanish region routes as it is set to “launch production of [the] fleet in South Yorkshire, UK, this year, creating 1,800 new jobs”.

UK Secretary of State for Business, Energy and Industrial Strategy Kwasi Kwarteng said: “Hybrid aircraft could play an important role as we transition to cleaner forms of aviation, and it is wonderful to see the UK right at the forefront of the technology’s development. This agreement enhances the possibility of the revolutionary, British-made and designed Airlander 10 aircraft flying across Spanish skies. It is more proof of how the UK’s businesses are embracing new technology to drive growth and support high-skilled UK jobs.”

“We are exploring each and every possible way to reduce our carbon footprint,” added Air Nostrum president Carlos Bertomeu. “This is something that we have been doing for many years. The Airlander 10 will drastically reduce emissions and, for that reason, we have made this agreement with HAV. Sustainability, which is good news for everyone, is already a non-negotiable fact in the daily operations of commercial aviation. Agreements such as these are a very effective way to reach the de-carbonisation targets contemplated in the Fit for 55 legislative initiative.” 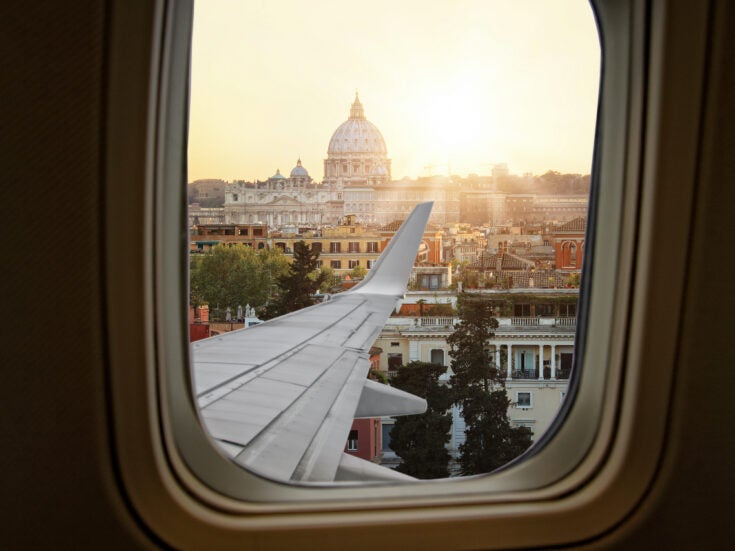 But why has it taken so long for airships to make a comback?

What is an airship?

‘Airship’ is a term for all motorised lighter-than-air craft, including blimps (which have inflatable air compartments) and zeppelins (which have rigid ones). They first came into existence after the development of the internal combustion engine, though a few daring aviators tried to pilot airships powered by steam engines. The first modern airship, the Zeppelin LZ1, took flight in 1900 – three years before the Wright Brothers made their famous flight.

Due to their relative cost-effectiveness and longer range, airships were seen as the more attractive form of air travel in the early 20th century. They also played a key role as military aircraft and were used for bombings in the First World War. By the 1930s, luxury airships were whisking well-to-do passengers across the Atlantic Ocean and were considered a technological marvel. They even had an influence on the urban landscape; it’s rumoured that the spire of the Empire State Building was designed to be converted into an airship dock.

But all that came crashing down with the infamous explosion that destroyed the Hindenburg on 6 May 1937. During a landing in Lakehurst, New Jersey, the hydrogen-filled craft exploded in a massive fireball. The cause of the fire is still unknown today.

It wasn’t the deadliest airship disaster – that honour goes to the British-built R101, which crashed in France in 1930 – but it was perhaps the most dramatic, and even though the majority of the Hindenburg’s passengers survived, airship travel became an instant pariah. It seems likely that airships would have been phased out anyway due to improvements in aircraft technology that allowed for much shorter travel times – but the Hindenburg disaster ended the era of passenger airships virtually overnight.

Since then, the use of airships has been extremely limited, as technological advances have allowed aircraft and helicopters to dominate aviation. Though blimps played a useful surveillance role in the Second World War, airships today are mostly used for overhead photography at sports events and as massive flying billboards.

Perhaps the biggest problem, though, is the cost of fuel. Airships (or at least, the non-exploding variety) require large amounts of helium, a rare substance, which can cost upwards of $100,000 for one trip. In 2012, rising helium costs were enough to bankrupt a tourist airship company in Northern California.

Some scientists even believe that, unlike many resources, helium could one day actually run out: partly because it’s light enough to escape the Earth’s gravity well, but mostly because it’s uneconomic to harvest it once it has escaped into the atmosphere. All this raises questions about whether a form of transport dependent on it could ever, well, get off the ground.

However, HAV’s websiste states: “According to the US Geological Survey, there are at least 50 years of known helium reserves based on current consumption. 600 Airlander aircraft would account for just 1% of annual helium consumption.”

Tom Grundy, CEO of HAV, summeriased the hopepful furute of the industry, stating: “Airlander is designed to deliver a better future for sustainable aviation services, enable new transport networks and provide rapid growth options for our customers. Our partnership with Air Nostrum Group, as the launch airline for Airlander 10, leads the way towards that future. As countries like France, Denmark, Norway, Spain and the UK begin to put in place ambitious mandates for the decarbonisation of domestic and short-haul flight, Hybrid Air Vehicles and Air Nostrum Group are demonstrating how we can get there – and get there soon.”

Topics in this article: History