The global tech industry is under increasing scrutiny to promote diversity. People from BAME backgrounds make up only 15% of the tech workforce, while women account for only 19% of roles, even as most other professions approach gender parity. But a permanent shift towards a new hybrid model of work may help to address this by lessening the concentration of top talent in certain cities and supporting the creation of more diverse, emerging tech hubs. 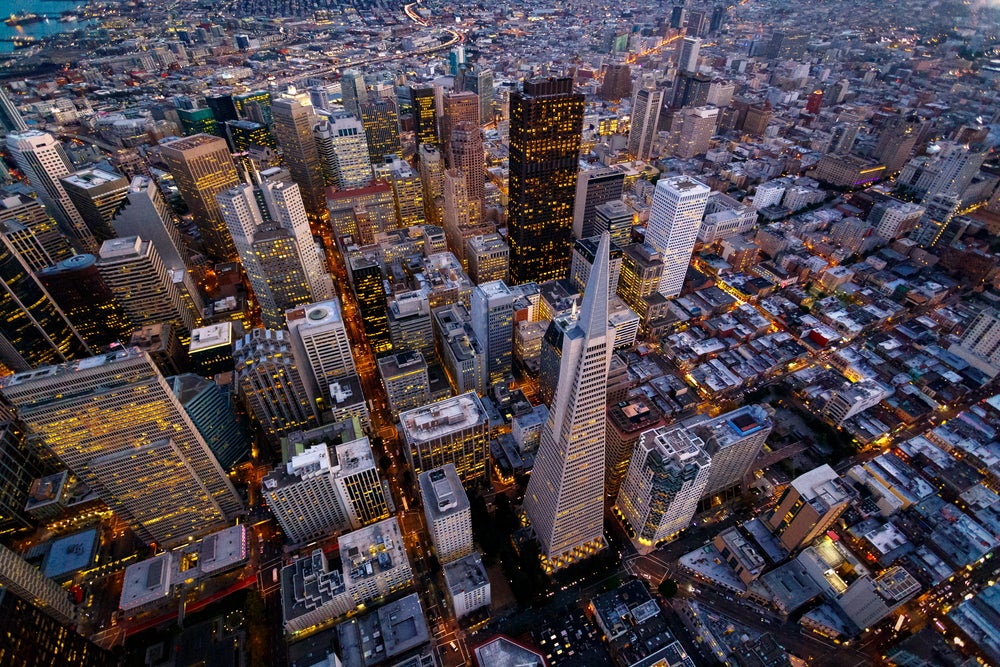 Covid-19 is driving the emergence of smaller, more affordable tech hubs, enabling the industry to tap into a more diverse pool of talent away from areas such as San Francisco. (Photo by Engel Ching/Shutterstock)

At present, a handful of metropolitan areas dominate the US tech landscape: San Francisco, San Diego, San Jose, Seattle and Boston accounted for nine in ten of the tech jobs created between 2005 and 2017. These areas all grew dynamic tech communities on the back of the early successes of their academic communities, which then acted as a flywheel for the inflow of more talent and funding, says Bhaskar Chakravorti, dean of global business at The Fletcher School at Tufts University.

“Tech hubs are attractors because of many different factors like talent pools, attractive urban environments, good public facilities and the fact that that brings in subsidiary services like capital,” he says. “You end up with the hub becoming a self-reinforcing cocoon and as this cocoon starts taking shape, all the other systems start falling in place — such as roads and highways and office buildings and coffee shops, but also digital infrastructure.”

The result has been soaring rents and a strong networking culture that has made it increasingly hard for outsiders to break in. Many US top tech hubs score very poorly for tech diversity: Washington state ranks in the bottom three, according to Tufts University’s US tech talent diversity rankings, with other leading tech clusters like Boston also in states that fall within the bottom half of the ranking. Europe has a similar problem, with only 11% of the community saying that the ecosystem provides equal opportunities regardless of gender and ethnicity, according to venture capital firm Atomico. 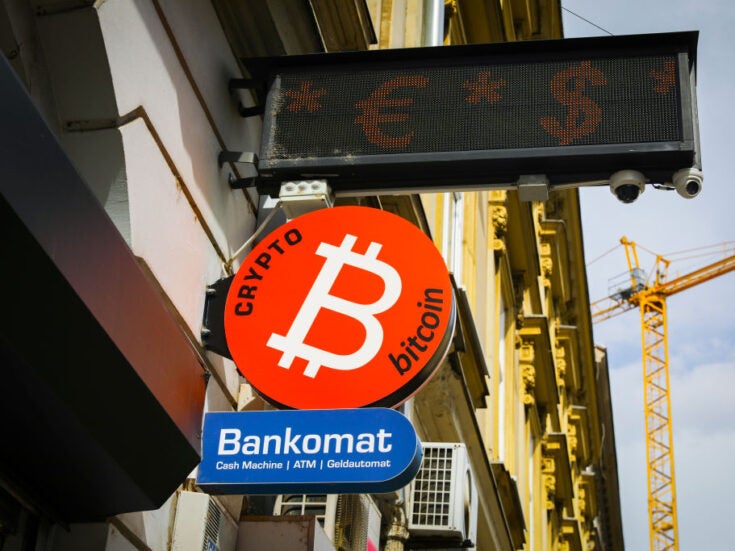 Is crypto good for cities? 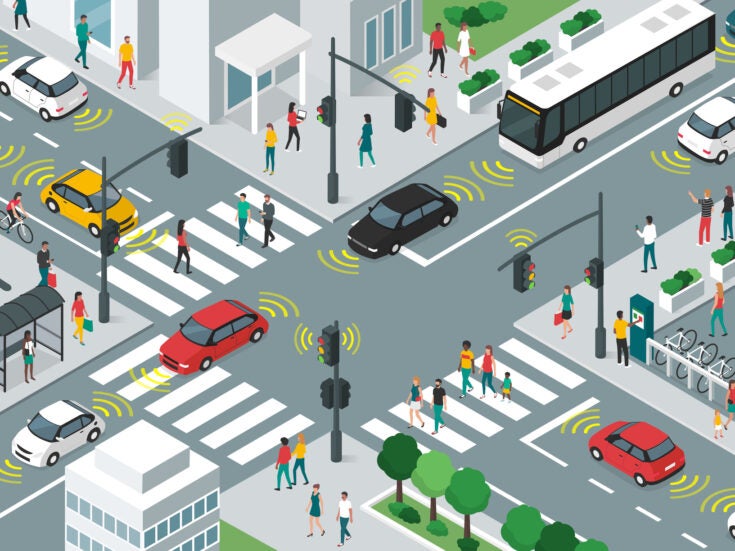 Smart junctions for a smart future: How AI is transforming our roads

This lack of diversity poses a problem for the technology industry, which has been repeatedly slated for not doing enough to be inclusive. The lack of progress made by the tech giants also jeopardises tech’s wider public image as it comes under increasing scrutiny from regulators, says Chakravorti.

“The more they [the tech giants] show that they are meeting some of these broader societal commitments, the easier it is going to be to navigate the landmines of regulations and laws and lawsuits that are going to be thrown at them in the coming years,” he says, adding that as these platforms become “editors” of public discourse this will become increasingly critical. “You need people who have that breadth of perspective as part of your employee base, otherwise you’re not prepared for the future of this industry.”

This is because companies with a more diverse workforce are forced to think more thoroughly about the impact of their innovation, says Sheree Atcheson, former inclusion executive at Monzo and Peakon.

“[Diversity] means we’re getting friction before we make decisions, and that friction means that we’re thinking over the process before we decide,” she says. “We’re considering it from all different perspectives, as opposed to making a decision in an echo chamber and expecting the solution to work for the many when actually it will only work for a subset.”

The pandemic offers an unprecedented opportunity to address this diversity problem, as the past year has shown that organisations can operate with a largely remote workforce. The talent exodus from tech hubs like Silicon Valley is already being observed: for every person that moved to the Bay Area between September 2020 and February 2021, two left.

The rebalancing of the workforce should improve diversity, says Chakravorti. “If your workforce is remote, you’re drawing from a much wider geographic area… and not only widely dispersed in terms of where they currently are, but widely dispersed in terms of where they will be,” he says. “If I am inherently from a traditionally disadvantaged minority community, I’m going to feel a lot more hesitant [about] leaving my social network, my relationships, and moving from a region I know to a completely unfamiliar region.”

But while the new hybrid model of work will change the landscape, it does not spell the end of tech hubs, says Carl Benedikt Frey, director of the Future of Work Programme at the Oxford Martin School, University of Oxford.

“We do know that diversity is important to innovation, but so is proximity — cities with more walkable streets, cafes and restaurants are more innovative because they facilitate random interactions that don’t happen virtually,” he says. “Our research also shows that onsite teams produce more important innovations than their distributed counterparts, pointing towards the continued value of in-person meetings.”

There is already some evidence that tech talent is moving towards new, smaller communities. Europe’s leading tech hubs like Barcelona, Berlin and London all saw funding fall on 2019 levels during the pandemic, while emerging tech centres experienced turbocharged growth: the Swedish coastal city of Malmo saw funding increase 819% in 2020, with Finland’s Espoo not far behind.

A critical determinant of which cities will emerge on top will be digital infrastructure. To facilitate a strong tech ecosystem, regions need not only to have good internet connections but also affordable and inclusive access for the local population, says Chakravorti. According to analysis by Tufts University, access, affordability, inclusion and the availability of public and digital infrastructure, all vary hugely across the US.

But the analysis does point to a number of promising new locations for tech clusters, with strong digital infrastructure and a lower cost of living. In the US, Chakravorti notes that cities like Austin, Texas, and Miami, Florida, offer vibrant communities at a more affordable price and also have a much more diverse tech workforce than traditional hubs.

So while the tech industry will continue to rely on communities, more remote working should help to diversify the pool of money and talent to companies’ benefit, says Chakravorti.

“I think it’s good to have a few hills – you don’t want everybody to be completely flattened all over the place because as a tech worker you like to have a community, you like to have that network that you can bounce ideas off,” he says. “Ultimately, you do want these clusters, but you don’t want them to reach the Himalayan heights of Bay Area or Boston or New York.”

@@amy_borrett
Amy Borrett was the resident data journalist at Tech Monitor. She joined New Statesman Media Group from a master’s in financial journalism at City University and has previously written for the Financial Times, Business Insider and Sifted.
Websites in our network