The start of the 2010s was a transformative time in Japanese politics. A new decade and ruling party promised some return of stability to the country after the series of rulers who came and went in the wake of Shinzo Abe’s first stint as prime minister. While such hopes were dashed by the 3/11 tragedy  –  and yet more shuffles of leadership  – none of this hindered the big visions of government. Quite the opposite; the earthquake and tsunami in fact hurried along the announcement of what would have been the world’s first “backup city”.

Due to be built on the site of Osaka’s sleepy Itami Airport, the Integrated Resort, Tourism, Business and Backup City, or IRTBBC, was envisioned as an alternative to Tokyo in the event of an emergency. Almost a decade later, though, the airport remains, with nothing changed besides new shopping areas where one can stock up on artisanal Kit Kats. A change of mayorship in Osaka saw a continued interest in revamping the site, but for a less ambitious (and equally unsuccessful) “campus city”.

The idea of a backup capital city incongruously fell out of favour in a country that had just seen various disasters, with the possibility of more on the horizon. Building such safeguards may be as daunting to governments as decentralising power and relocating capitals. But another city in the Asia-Pacific region may show the effectiveness of alternative capitals in times of crises such as the pandemic and climate change.

One city sinks, another rises

The need for a standby capital has been taken more seriously by one of Japan’s neighbours in the Philippines, which in 2016 jumped from blueprint to construction on New Clark City (NCC). Like Japan, the Philippines is at the mercy of natural disasters, but NCC is being built at a high-enough elevation to protect it from the kind of flooding that saw almost 70,000 Manila residents forced from their homes in 2019. Environmental experts predict that excessive groundwater pumping and rising sea levels could lead to Manila sinking 2m underwater by 2060. 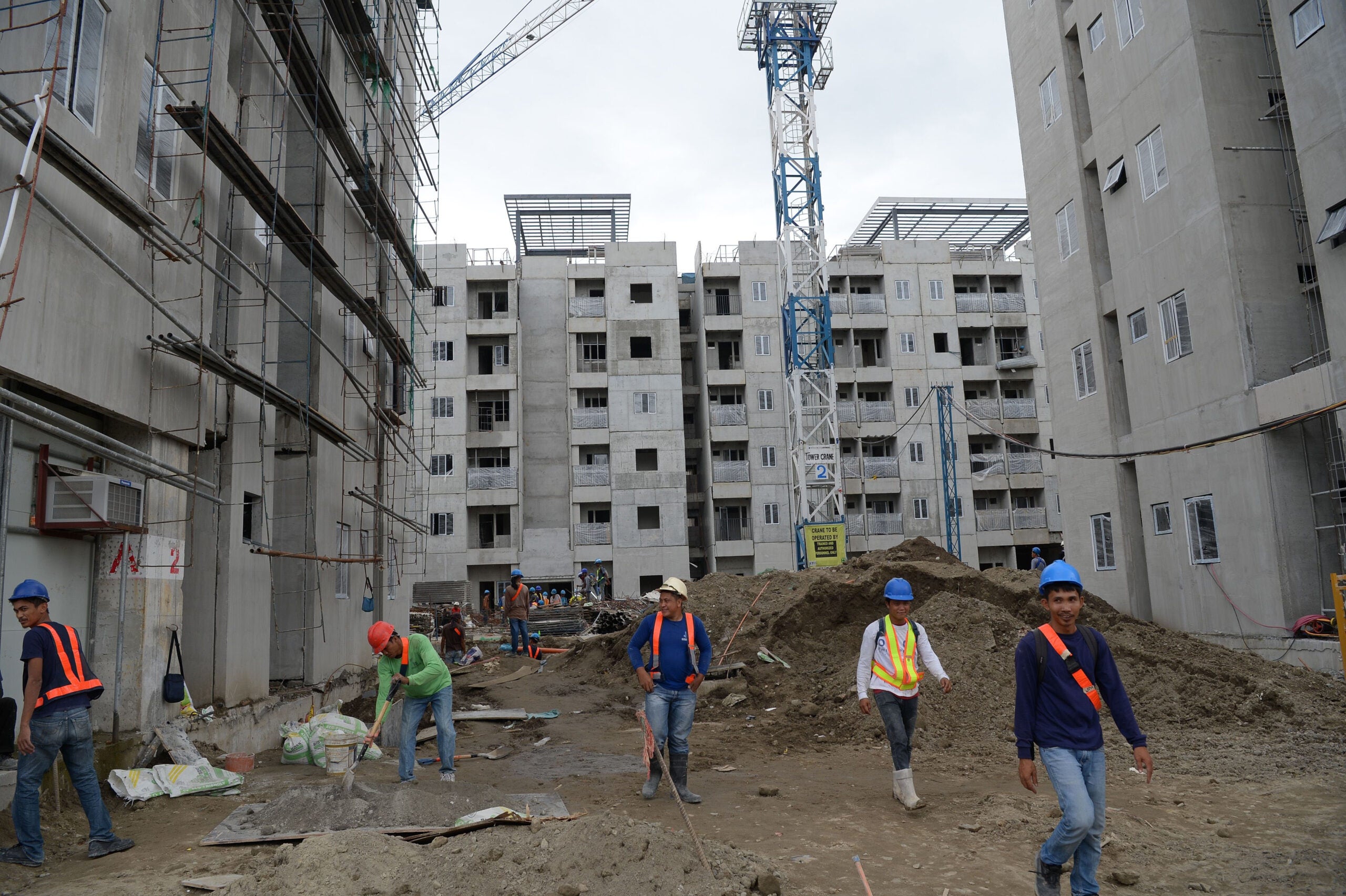 This housing in New Clark City, Manila’s “backup capital,” was built for last year’s Southeast Asian Games. Ultimately, the project can expand to house over one million people. (Photo by Ted Aljibe/AFP via Getty Images)

Nearby mountain ranges in the Central Luzon region are expected to shield NCC from typhoons, another common threat. And  unlike Manila, the city is not built on a fault line. The venture is already grander than any put forward by Japan, coming at a price tag of 607 billion Philippine pesos ($12.5bn), with one-fifth of that allocated to the building of a National Government Administrative Centre to serve as an integrated disaster risk recovery headquarters for the Philippines. The ambition of the project mirrors other smart cities like Kenya’s Konza Technopolis. But it is clear NCC is more than an economic venture targeting specific sectors. Instead, it is a backup ready to take on all aspects of Manila should the need arise, while being a city in its own right.

Parts of NCC, such as an athletics stadium used for last year’s Southeast Asian Games (SEA Games), are already up and running, with 9,450ha (23,351 acres) of land able to accommodate a population of 1.2 million upon completion. The project was “primarily necessitated by demand from the games,” according to Kloe Ng, who consulted on planning for the city. NCC aims to solve problems ranging from traffic issues to housing affordability, she explains, “while ensuring adequate green spaces, flood-proofing and food security.” The measure of a liveable city lies in how many residents it retains, however, and NCC’s biggest challenge will be tempting enough Manila residents to transfer here from its more bustling capital.

It’s also not uncommon for Asian smart cities to stay relatively sparse thanks to poor transport links and housing that’s either too expensive or too quickly snapped up by property investors. A new railway line slated to connect Manila to NCC by 2023 solves one of these problems. Regarding affordable housing, Ng is optimistic about NCC’s chances, citing a partnership between the UK government and the Philippines to work on an affordable-housing project spanning almost 34ha in the city. “Given that NCC is quite a distance away from central Manila, the housing prices should be much lower, at least in initial phases,” she says. “Also, people generally, usually do not flock to new towns unless local developers/governments bring in big firms into these new towns to ‘anchor’ them. This does not seem to be the case with NCC, so housing prices won’t immediately skyrocket, leaving space for affordable housing.”

A large migration from the capital seems possible and won’t happen overnight, but recent events may challenge how much longer people all over the world are willing to stay in old metropolises.

Over a decade after the Osaka plan failed, it’s taken the sting of Covid-19 to bring the idea back to the table. As reported in June, new calls have been prompted for a backup to Tokyo in the event of a more destructive pandemic.

A one-stop-fits-all base in Osaka is nowhere to be found in the plans, though. Instead, lawmakers for the ruling Liberal Democratic Party are proposing to spread select governmental and corporate entities across the country, uprooting them for good while keeping other operations in Tokyo until an emergency strikes (the Japanese Parliament is one example that could move to a facility on standby).

The pandemic may pose a challenge to the hegemony of capital cities. Remote work has been on the rise since the initial outbreak, with Global Workplace Analytics predicting that 25% to 30% of the global workforce will be employed at home on a multiple-days-a-week basis by the end of 2021. More remote workers could see less need for living in or commuting to the nearest capital, leading to a reverse migration to smaller cities and towns, whether new or old. But experts in human geography such as Dr John Harrison of the UK’s Loughborough University warn that the option of remote working remains a privilege of the white-collar class.

This is all part and parcel of the inequalities that render a country’s political and economic power unbalanced, letting capitals keep their status and allowing little change to the status quo.

“In the UK, we periodically have talk about moving government departments around the country, which generates quite a lot of headlines, but it amounts to grandstanding,” Harrison says. “It is not going to alter the political and economic forces at play without fundamental changes to what are real drivers of spatial inequalities.”

Harrison sees the backup city “more about trying to add another economic-growth pole than anything else, irrespective of how it is framed”. Examining plans for backups like Osaka’s IRTBBC, he finds it hard to consider them adequate solutions in our modern environment of various, and often unanticipated, dangers.

“The backup-city concept in relation to Tokyo is interesting because this is a backup to a particular issue.” Harrison says. “The IRTBBC was not a proper backup city because it was only a response to one particular threat  – earthquakes  – and this is where the idea falls short.”

“Cities, economies and governments are increasingly subject to cyberthreats, so for Japan, having a backup city in the way Osaka was proposed would not protect it from this,” he says.

The kind of massive cyberattacks that temporarily shuttered Atlanta in 2018 are likely to be as big a threat as viruses and climate change, especially to a country with North Korea as a neighbour. But Japan’s new plan for backing up Tokyo needs to find legs in the upheaval following Abe’s recent resignation from office.

For now, that seems a tall order: Japan recently had one of the most ambitious projects in its history thanks to the $25bn Tokyo Olympics, yet none of that budget made provisions for planning beyond the city limits. As New Clark City and the SEA Games prove, that may have been the one golden opportunity to prepare for very real danger. Tokyo faces a 70% likelihood of a powerful earthquake by 2050, yet during Abe’s relatively stable tenure, earthquake-proof developments emerged only on a small scale, mainly undertaken by Japan’s private sector.

Whether other countries will invest in backup cities or wait until it’s too late remains to be seen. Despite being around 25 years from completion, NCC has inspired some imitators: Indonesia recently proposed a “smart forest city” to replace its own sinking capital. But for other nations to follow suit with optimal results, governments will need to move away from the “single issue” mindset of the 20th century to combat the three defining Cs of the 21st: Covid, cyberthreat and climate crisis. Countries that may not need to worry about quakes and typhoons would do well to focus on potential damage to infrastructure, both built and digital. If the pandemic is teaching us anything, it is the frailty of systems when placed under extreme duress.

Giacomo Lee covers design, tech and the Far East and has been featured on the BBC and Vice as well as in the Korea Herald.

Giacomo Lee covers design, tech and the Far East, as featured in BBC, VICE, and The Korea Herald.
Websites in our network