China is urbanising at breakneck speed. Hundreds of millions of people have migrated from rural areas to cities in search of jobs or higher wages, even as the government commissions new buildings and infrastructure in less populated places, to try to even out development.

Many of the 900m people living in China’s rural villages have undoubtedly benefited from this huge transition, been lifted out of poverty and given better access to education and health care. But rapid development and massive migration away from these villages has also led to the loss of traditional architecture spanning back hundreds of years.

However, over the six years I have spent conducting research on such rural villages, I have seen an emerging wave of architects helping to regenerate these villages from within and preserve the heritage of their buildings for future generations.

China’s housing ministry has made some efforts to preserve the nation’s agrarian architectural heritage. There have been five waves of official shortlists designating “China’s Traditional Villages” since 2012. As a result, 6,799 villages have been formally considered for conservation and tourism-led regeneration.

But there are some 2.5m more ordinary and underdeveloped rural villages where such heritage is being lost at an alarming rate. In some places, traditional buildings are built over to make way for expanding cities or accommodate tourists. In many others, the destruction is more gradual. 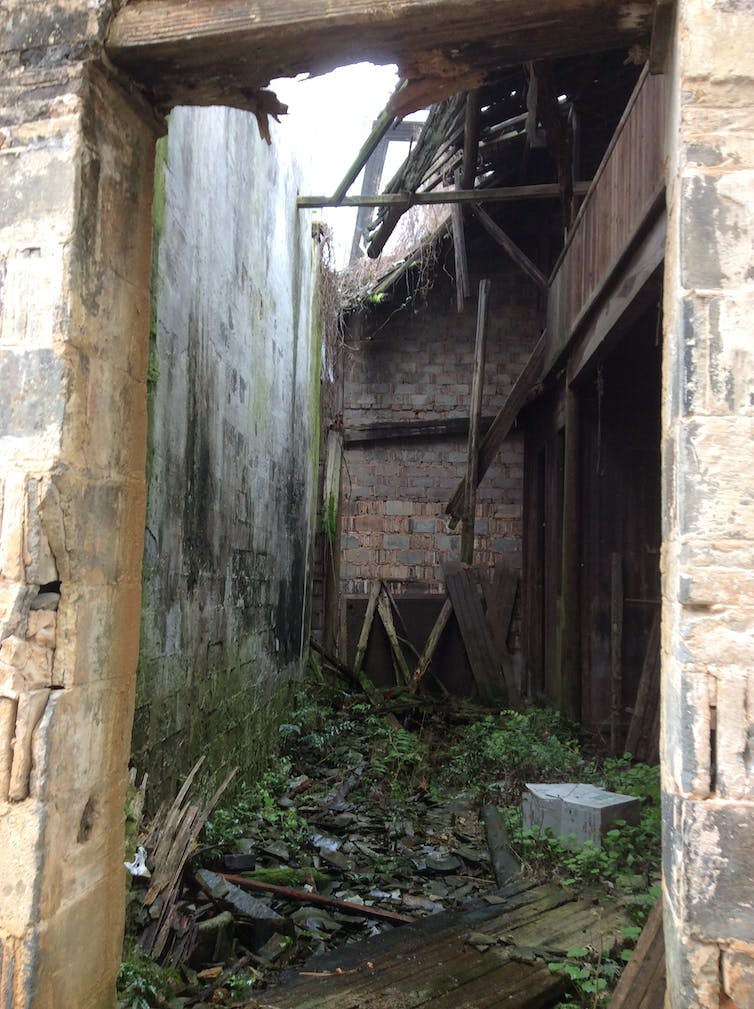 In the remote parts of rural China, villages are mostly inhabited by the elderly and pre-school children whose parents have left to seek work in towns and cities. As the traditional clan-based social structure of Chinese villages has dissolved, ancestral buildings are becoming dilapidated from lack of maintenance – if not abandoned altogether.

Prior to China’s rapid urbanisation, architecture once served to tie a village together. Constructed using local materials, traditional buildings expressed local characteristics, reflected local rituals and were cared for collectively by families and village communities. These forms, practices and values are absent in modern developments, which are produced at an industrial scale and designed for economic efficiency.

In recent years, though, a new wave of architects have been taking an ethical and culturally sensitive approach to preserving rural heritage and delivering a more humane and decent way of living in left-behind rural villages. Some are trained architects who practice professionally. Others are “barefoot architects” who draw their expertise from the longstanding building tradition of pre-modern China, which was dominated by carpenters, rather than architects. 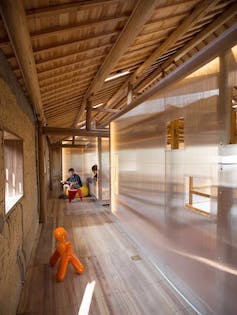 Interior of the new-into-old building, with flexible timber structure to respond to the users’ changing needs. Image: Wei He/author provided.

One example can be found in Pingtian – an ordinary village supervised by Songyang County of Zhejiang province – where architect Wei He and his studio renovated an abandoned house into a youth hostel.

Working within the shell of the original building, which is made of a compacted soil material called “rammed earth”, Wei carefully inserted a new timber structure to create semi-private sleeping capsules, along with a lounge and reception area. The timber was sourced locally and is lightweight and can be taken down or reconfigured with relative ease.

Local labourers including several carpenters got involved in the process and helped site architects to resolve technical problems using local know-how. The renovation of the 270-square-metre hostel cost less than £100 per square metre and – since its launch in 2015 as part of the emerging bed and breakfast industry – the business has successfully brought both tourists and local people back to the village.

Further north in Zhejiang province, not far from the city of Hangzhou, stands Jianshan, a village in Anji County. Here, Weizhong Ren creates new buildings for his village, consciously merging the roles of designer, builder and user. Since 2005, Ren has been creating rammed-earth buildings nicknamed “eco-lodges”, which preserve the local traditional layout and construction technique, while also sourcing materials locally and sustainably. 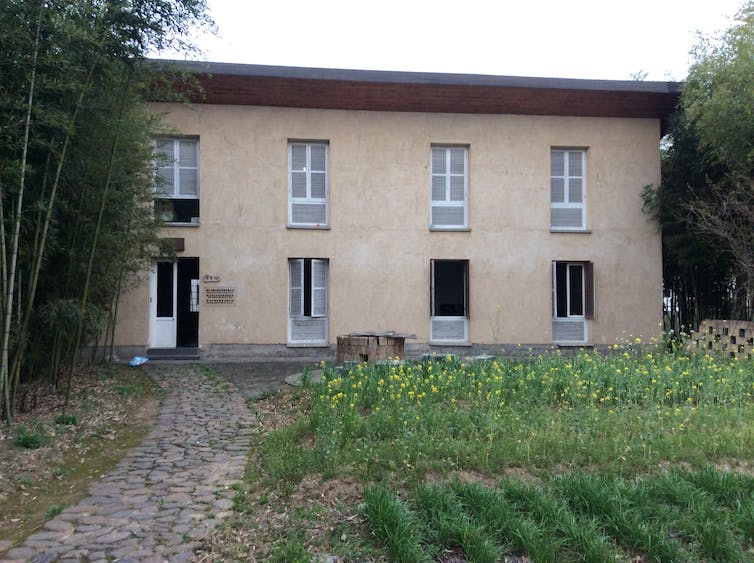 An ‘eco-lodge’ in Jianshan village, designed and built by the barefoot architect without any drawings, has become a popular destination to learn about building with earth. Image: Xiang Ren/author provided.

His idea is that the familiarity and comfort of the rammed-earth buildings typical of the area helps villagers feel like the new architecture is an extension of their heritage, rather than an imposition on it. Some other barefoot architects throughout rural China persist with timber and brick construction in locally familiar forms.

The conservation and regeneration of Chinese rural villages helps to sustain not only the built heritage, but also the connection between the community and its environment. Contemporary architects – whether professionally trained or not – face many technical challenges to regenerate decaying villages. But what really matters is preserving space for people’s memories and traditions, especially at a time when nearly two thirds of China’s 900 million rural residents are moving to the fast-expanding cities across the country.