If you’ve ever visited Dublin, you’ve probably been to Temple Bar. Located in the city centre, it is a riverside district of pubs and shops packed together in an area with narrow lanes paved with cobblestones. These make Temple Bar a no-go for me since having become a wheelchair user nearly five years ago. 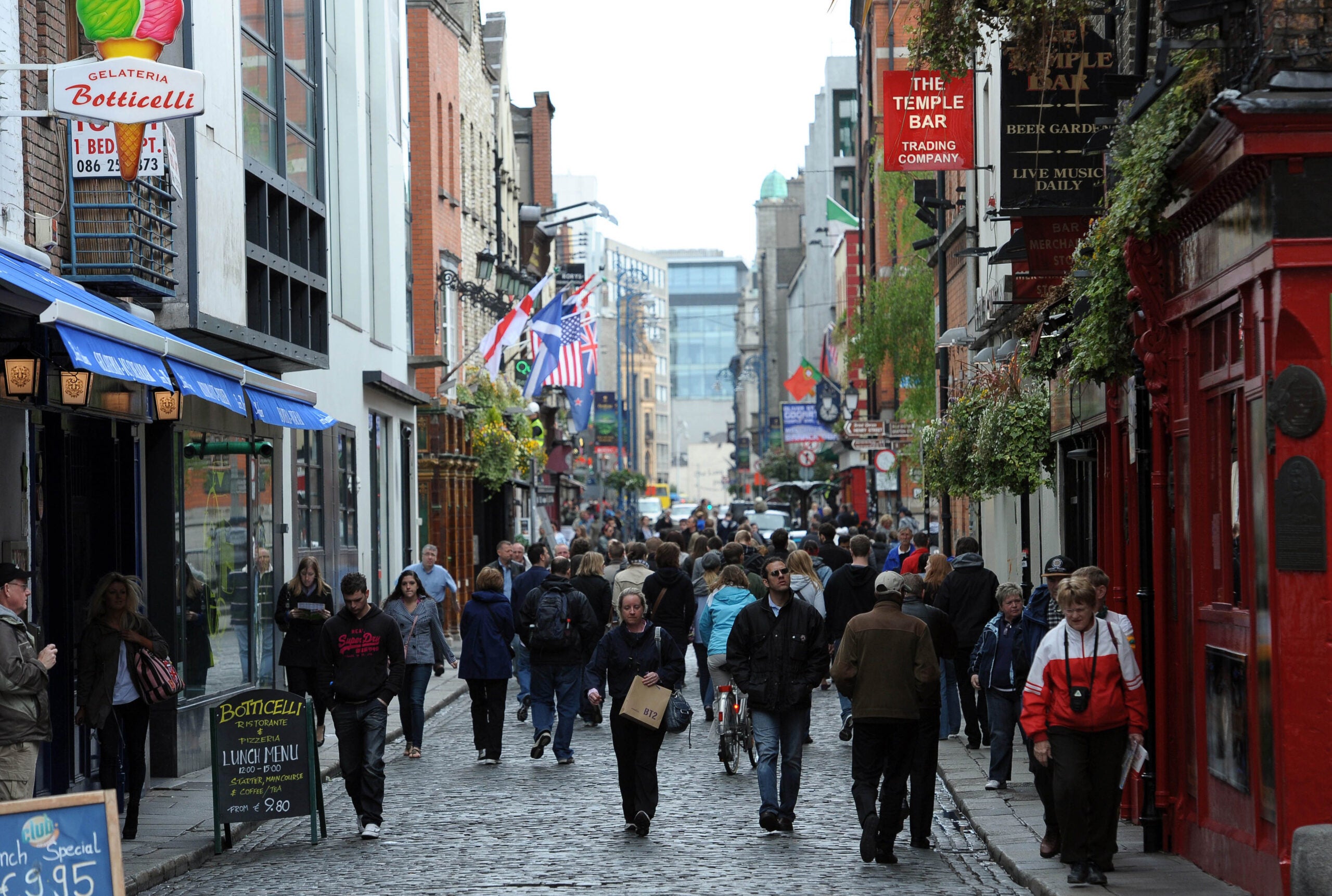 The cobblestones of the Temple Bar area of Dublin are both an attraction and an obstacle. (Photo by Paul Ellis/AFP via Getty Images)

It has been said to me many times that a vulnerable young woman like me shouldn’t be out and about on her own “because the world isn’t made for people like me”. So I began to look into what might be done to make this area easier to navigate for wheelchair users and others with physical disabilities. I’ve met with a few Dublin city councillors and the Dublin city lord mayor about the issue, and all are in agreement that something should be done to improve accessibility in the area. As I began raising the issue on social media, several people argued that tampering with the cobblestones in any way would ruin the historical appeal of the area. But would it?

I go to school just down the road from Temple Bar at Trinity College Dublin, where I am the officer for students with disabilities. As in many other parts of Dublin, the cobblestones in Trinity are a big part of the college’s aesthetic. They sprawl across the front square of the college, and it was not until recently that a smooth pathway was added to enable easier movement across the campus. 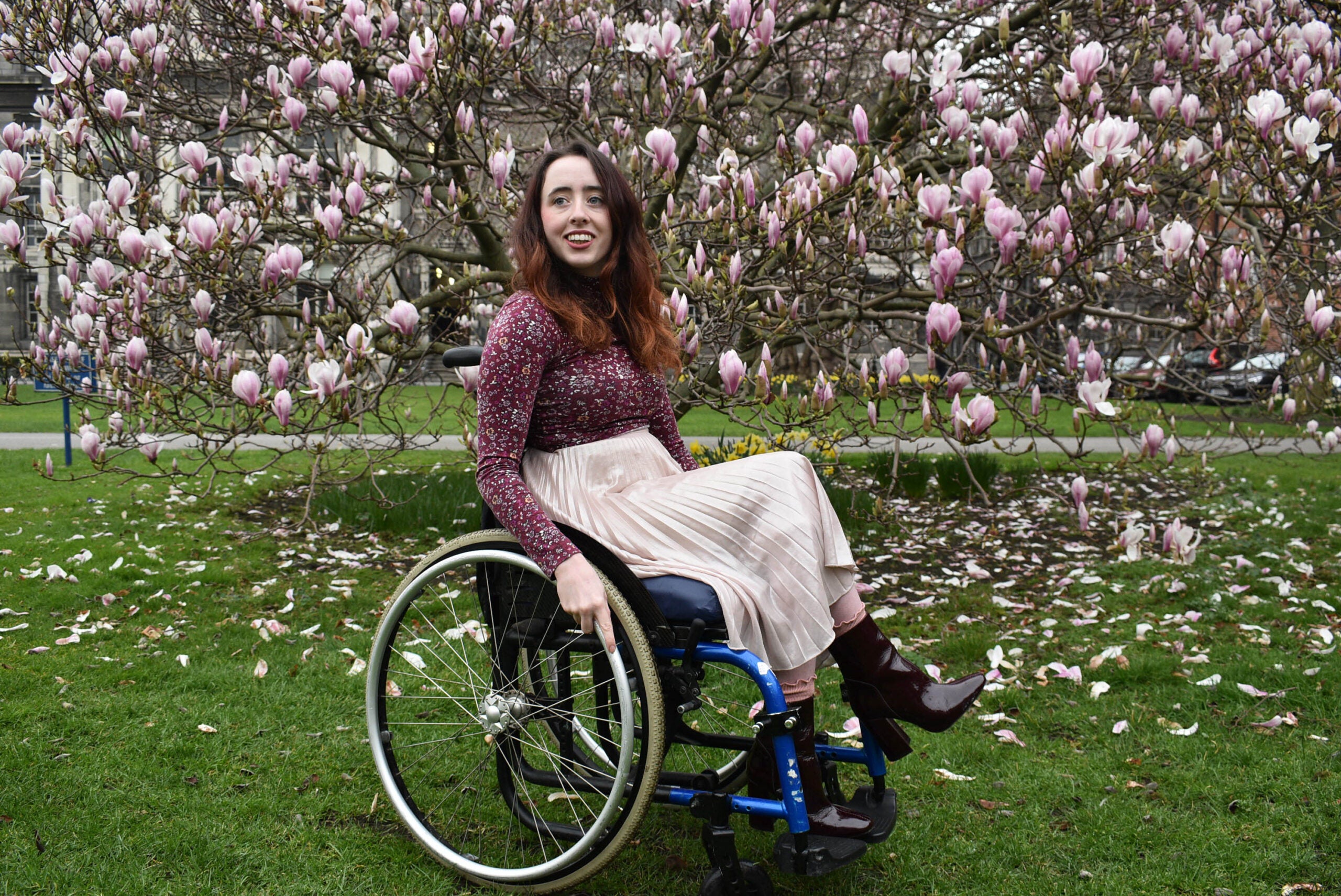 Niamh Ní Hoireabhaird, a history student at Trinity College, has been working to make the area around the campus more accessible. (Photo courtesy of the author)

Navigating Dublin has become more manageable for me as I’ve come to learn which streets to avoid or which pavements don’t have kerb drops. The city’s public-transit system is relatively easy for me to use – far more than, say, that of London, Paris or Brussels, where the majority of stations are underground and accessible only by steps or stairs. But obstacles remain, and for numerous reasons, progress on further accessibility is very slow.

For one, the urban and architectural history of Dublin is well protected. Many buildings and areas throughout the city are granted protected-structure status under Ireland’s Planning and Development Act, which prohibits any modernisation or reconstruction of historical assets. Similar laws are in place throughout most of Europe. But this well-intentioned policy prevents modern design standards and accessibility improvements from being implemented in these structures, though funding is available to refurbish and conserve the interior and exterior of them. There are funds and grants available to refurbish and conserve, so why can’t the money be used for accessibility improvements? Protected-structure status needs to also allow for access adaptations of buildings.

Given the current scenario, people with disabilities are often excluded from these places and experiences. The lack of something as basic as an accessible bathroom will cause me to, for example, miss dinner in a restaurant with friends or even make me feel too apprehensive about leaving the comfort of my own home, where I am always guaranteed to have access to a wheelchair bathroom, of which Dublin has very few despite regulations requiring standard disabled toilets in public buildings.

I often wonder why people are more concerned with staying true to a city’s history than they are with increasing accessibility for more people. One doesn’t need to sacrifice historical aesthetic in favour of accessibility. It is possible to have both; there are examples of it all over the world. An ongoing programme to remove any restrictive barriers and replace them with newer infrastructure has been taking place in the city of Warsaw for the past decade, for example. The city, which was recently awarded the Access City Award by the European Commission for its efforts to make more it accessible for disabled citizens and visitors, has created a modern version of itself that is accessible to all while maintaining its historical integrity. Buses, trains and public-transport stops throughout Warsaw have been dramatically improved.

Following the model of the Americans with Disabilities Act, the European Accessibility Act, which became law in 2019, is a start. This law looks towards removing internal barriers for products and services in member states of the EU. But there is more to be done.

It is my hope that the future is accessible and that cities begin to change as people’s attitudes towards disability do. Though the city council is “looking into it”, cobblestones in Temple Bar remain untouched, and so my project to ensure accessibility within the area continues. By writing this, I hope to stimulate debate on the issue and help pave an accessible pathway to the future for Temple Bar and beyond.

Niamh Ní Hoireabhaird is a student and activist in Dublin.