Renting in Dumbo (Down Under the Manhattan Bridge Overpass), Brooklyn, used to be next to impossible with only a handful of listings posted every month, but new developments hope to expand rental opportunities in the desirable waterfront neighbourhood.

Dumbo’s artistic temperament and stunning views of Manhattan make it one of the hottest neighbourhoods in Brooklyn, separated from the hubbub of the city yet only one subway stop away. Unsurprisingly, this also makes Dumbo the priciest area of Brooklyn, with average rents 25% higher than in Downtown Brooklyn, the next most expensive neighbourhood. 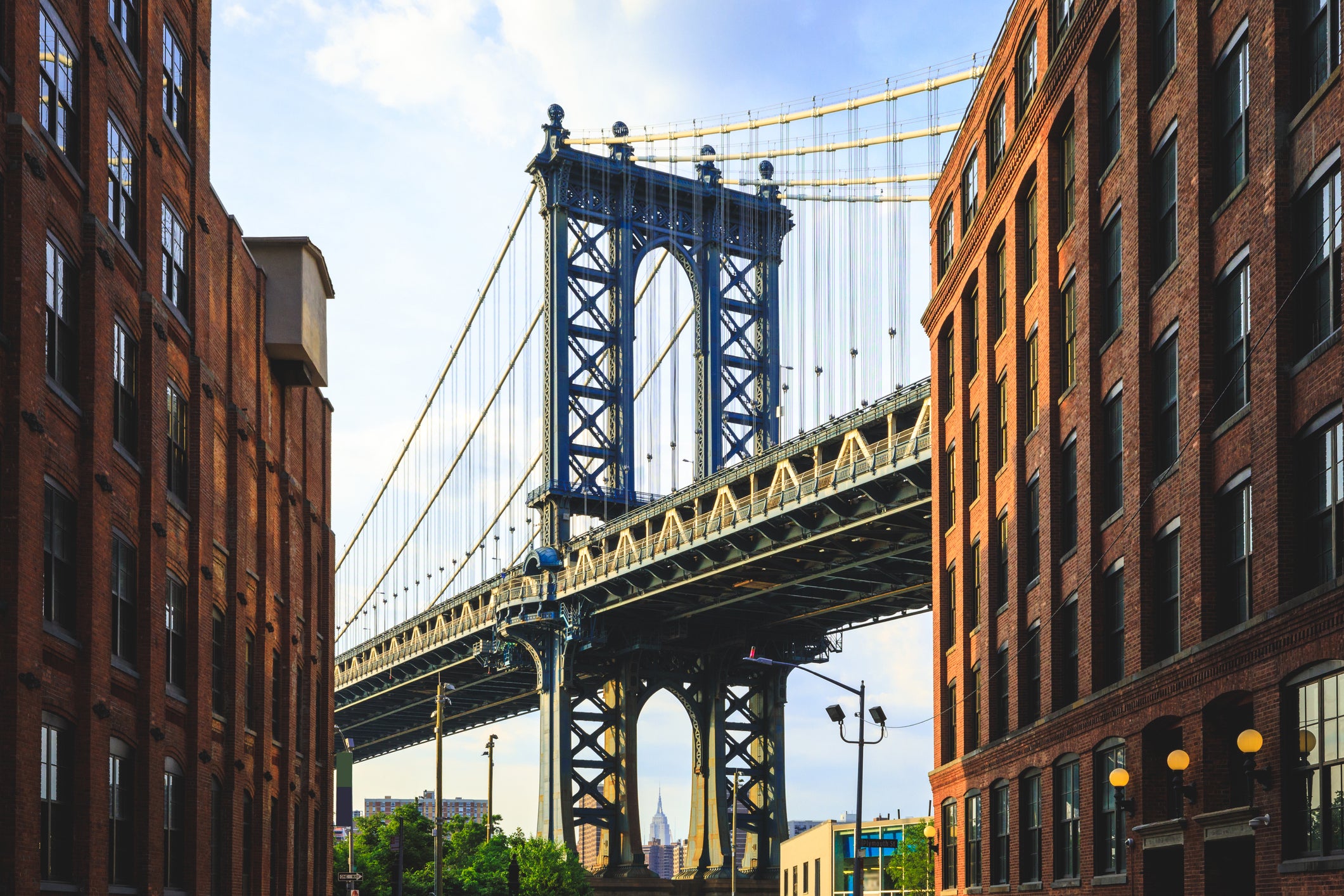 Dumbo’s artistic temperament and stunning views of Manhattan make it one of the hottest neighbourhoods in Brooklyn. (Photo by cmart7327/Getty Images)

“Dumbo is special because of its connectivity to Brooklyn’s waterfront,” says Matthew Villetto, executive vice-president of development marketing at Douglas Elliman. “It’s a small enclave with beautiful, classic New York City architecture in a low-scale landscape with cobblestone streets running throughout. The neighbourhood hosts tremendous history and art, fostering a tight-knit community.”

Overall, two-bed apartments in Dumbo rents rose by 6% between November 2020 and November 2021, less than the Brooklyn average of 13.6%, driven by huge rises in Williamsburg, Fort Greene and Downtown Brooklyn.

“This next wave of new developments we’re experiencing in Brooklyn elevates the living standard and style of residing in the neighbourhood, which ultimately reflects the prices people are willing to pay to call Brooklyn home," he says.

Much of the price growth comes down to the fact that, as demand for Brooklyn living grows, the borough is also facing an acute supply problem.

In December 2021, listing inventory for one and two-bed rentals across Brooklyn fell by a fifth from where they had been in November, and was a jaw-dropping 85% lower than in December 2020.

The supply crisis is even more acute in luxury property, and especially in Dumbo. Before the launch of 320-unit luxury rental property Magnolia Dumbo last month, there were only a handful of apartments available in the neighbourhood.

“In Dumbo, demand is high because inventory is so low due to the geographical constraints of being a cosy neighbourhood book-ended by the East River and the Brooklyn-Queens Expressway,” explains Villetto. “Its location limits the amount of development, which is another reason why it’s such a popular residential destination.”

Magnolia Dumbo residents will have exclusive access to the largest private park in the neighbourhood, designed by Michael Van Valkenburgh, the award-winning landscape architect of Brooklyn Bridge Park, as well as a rooftop pool with iconic views of the bridge and skyline.