Australian households could collectively save more than A$40bn ($29.6bn) by 2030 – almost equivalent to national export earnings from coal – if they were fully electrified, says not-for-profit Rewiring Australia in a new report. Electrification would help advance a just transition, it adds. 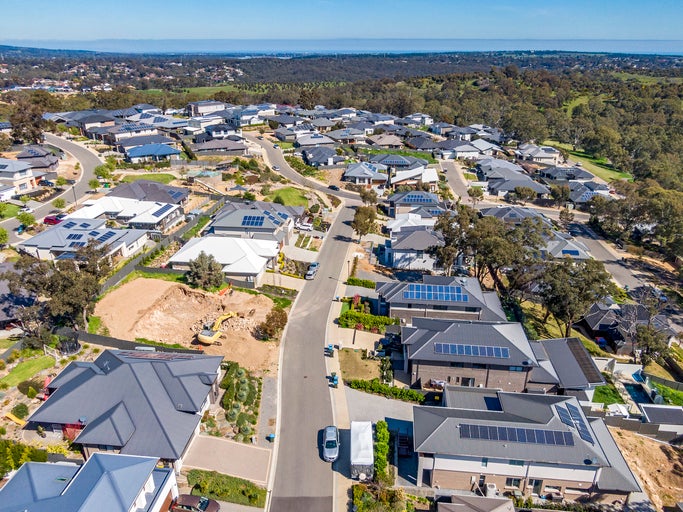 Aerial view of houses and streets in new wealthy suburb in Adelaide foothills with rooftop solar systems. (photo by BeyondImages/iStock)

The report models energy and cost savings across ten million Australian households after introducing technologies such as electric vehicles (EVs), heat pumps and rooftop solar PV panels. These technologies could provide household savings of $1,051 in 2025 and $5,443 in 2030, the report says.

The “most economical path” to powering Australian households is via widespread deployment of rooftop solar PV, combined with home batteries and EVs, it says.

While the average Australian household currently uses 102 kilowatt-hours (kWh) of energy per day, including thermoelectric power generation losses and personal car fueling, full electrification would drop this to 37kWh, which could be almost entirely met with a 10–12kW-capacity solar installation and compatible battery.

The technical potential of residential solar PV in Australia is 130 terawatt-hours (TWh) a year, which is very close to the 135TWh of yearly electricity required for ten million Australian homes, Rewiring Australia notes. Australia’s power sector is in the process of decarbonising.

The report calls on the Australian government to invest $12bn in the early 2020s to “turbocharge” household electrification, and for a simplification of building codes, permitting processes and grid standards to facilitate it.