Since 1979, some British governments have favoured more intervention in the economy, some less – but all of them have broadly supported free markets and mass home ownership. The latest report from the Centre for Cities, then, makes a claim that might come as a surprise. It asserts that the British housing market, in its arbitrary approach to building permits and in the way it guarantees housing shortages, bears resemblance to the Soviet economies of the Eastern Bloc. 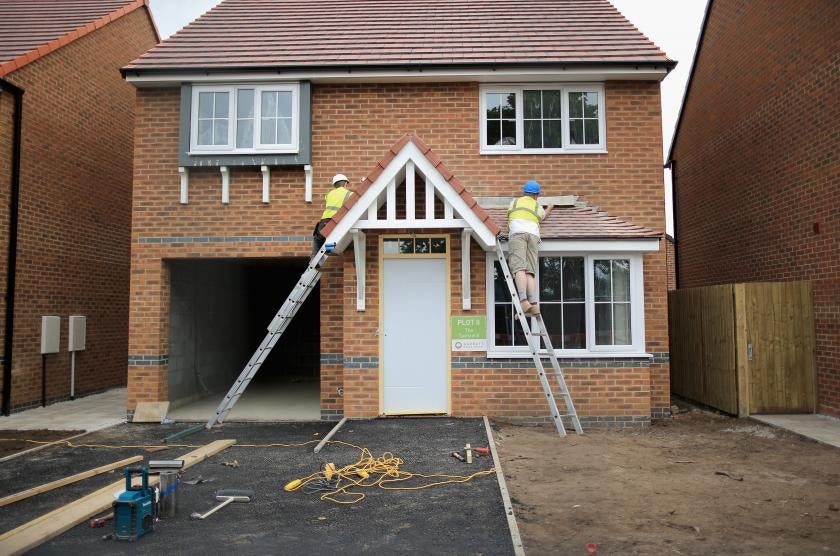 The report, by analyst Anthony Breach, argues that Britain’s inability to build enough homes to meet demand results not from bad decisions by developers or councils but from the entire institutional structure of the planning system. It calls for fundamental reform – turning away from the current discretionary approach and instead embracing a form of zoning that’s less restrictive than common models seen in the US. It also suggests reconsidering the green belt with a system that brings land into development based on population growth and swapping the current system of developer contributions with a flat levy of 20% on all developments.

Breach’s paper draws on the work of Hungarian economist János Kornai, whose 1980 article “Economics of Shortage” argued that shortages in Eastern Europe under Soviet rule resulted not from human error but from systemic flaws. It notes two parallels between these economies and the UK housing market. One is the discretionary rationing of inputs. In both cases, you need to apply for a permit just to get started; in both cases, this can be arbitrarily refused. This introduces an element of uncertainty you can’t simply buy your way out of.

The second parallel is, Breach argues, the direct result of this: systemic and long-term shortages. Normal supply issues in market economies, like the undersupply of toilet paper that, upsettingly, hit British supermarkets in early 2020, are short-term and quickly corrected (prices rise and supply increases). That isn’t what’s happening in the UK housing market.

The report proposes a number of ideas to address this and remove uncertainty and rationing from the system. One is to end the green belt, which prevents development of land around many cities no matter how high demand gets, and instead bring land into development based on actual population growth.

Another is to scrap Section 106 agreements, under which developers contribute affordable housing or community facilities as part of their planning agreement. Such agreements were intended as a way for councils to recoup increases in land values (so-called planning gain) and pour those funds back into efforts that will benefit communities. But developers spend time and money on gaming the system and arguing their contributions down, which in turn creates uncertainty. The Centre for Cities’ report calls for this to end, in favour of a flat 20% levy on development value.

The big concern, though, is making it much clearer how to get planning permission. At present, every proposal has to pass council planning officers and committees of councillors, giving the public the opportunity to object to each development. One in ten permissions is refused, the report notes; “there is also an unknown number of applications which are never made, as firms suspect they will not succeed.”

To replace that, the report calls for the whole edifice to be knocked down and replaced with a simplified system of zoning. National governments would produce a “new flexible zoning code”, which councils would use when drawing up their local plans. The public would be consulted on those plans, but not on every individual development. Proposals that met the specifications laid out in the plans would then be granted permission automatically. Suddenly, the system has more certainty.

Would this work? One quarrel, raised by several people in a Twitter thread in which Breach answered questions about his ideas, is that building our way out of a housing crisis is a very long-term solution. Maybe it would help, eventually. But it does nothing to tackle homelessness or reduce the urgent need for subsidised housing in expensive cities – at least not anytime soon.

A second issue is that many of the most expensive cities in the world, like New York and San Francisco, already rely on zoning. Surely the Boston housing market doesn’t also look like the Eastern Bloc? Breach’s report acknowledges this (“their zoning codes are often highly restrictive, with each zone corresponding to a single possible use, or imposing tight limits on density”) and argues the new zones must be kept simple if they’re to work. Nonetheless, this does suggest that zoning is not a magic bullet.

But the biggest issue, as ever, remains politics: the planning system looks like it does in part because many people want it to. For all the social and economic damage it’s done, support for restrictions on development remains very high – Nimbyism among politicians reflects Nimbyism among the voters. What’s more, even if we could produce enough homes tomorrow, the British economy has been dependent on rising house prices for so long that it’s not clear what the effects of unwinding it would be.

To some, communism sounded nice in theory but turned out to be horrible in reality. The same may be true of planning reform.