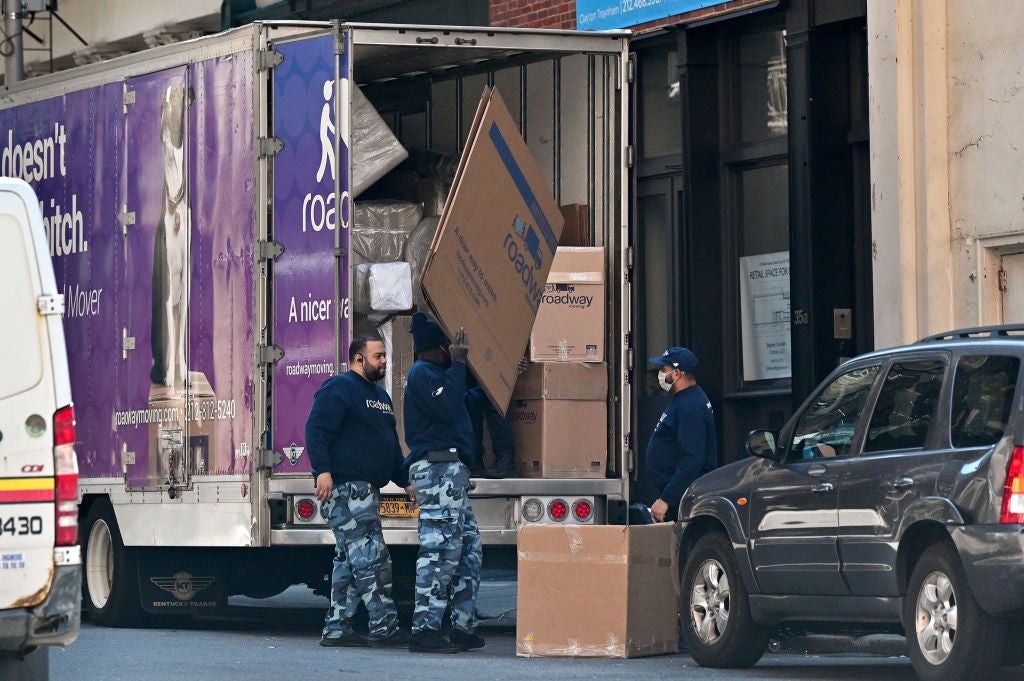 Moving companies may be in for a busy year. (Photo by Dia Dipasupil/Getty Images)

If you’ve been considering moving to a new city or town in 2021, you’re far from alone.

At the end of last year, City Monitor surveyed 1,301 professionals in over 70 countries around the world to find out whether they were considering a move in the wake of the Covid-19 pandemic. Overall, 29.6% of respondents said they were actively considering a move to a new location in 2021, while a further 12.9% reported that they had already moved to a new city or town in 2020.

If those numbers sound small to you, consider that in the five years prior to the pandemic, only about 13% of US households moved each year, according to American Community Survey data. And despite a years-long decline in overall rates of moving, the US is still a relatively high-mobility country. In the UK, the Office of National Statistics puts that same figure at around 4.5%. Just over 4% of residents in Japan typically move each year, while in Australia it’s closer to 14%.

Just because someone is thinking about moving doesn’t guarantee they will. Still, the results of City Monitor’s Intent to Move survey suggest that the pandemic has had a dramatic impact on how working professionals everywhere are thinking about where they want to live and why.

The survey results also offer insights into the ongoing discourse over whether many of the world’s most prosperous cities may be in danger of “dying” as newly remote workers seek more spacious or less costly housing elsewhere. Responses to City Monitor’s survey suggest that while the ability to work remotely was the leading factor among those considering a relocation, interest in living within dense urban environments remained high.

What’s motivating the desire to move

While not everyone was considering a move solely because of the Covid-19 pandemic, its widespread effects were clearly a key driver of relocation decisions for our survey respondents. Among those who said they were planning to move elsewhere in 2021, nearly 55% cited the pandemic as a factor in their decision to move, while 66.1% said the ability to work remotely was a factor.

The most commonly cited reason (34.4%) for considering a new city or town among households that included remote workers was a desire to upgrade their living space. This makes intuitive sense. Remote workers who did not previously have enough space to devote to a home office, or perhaps suddenly found themselves longing for a big backyard or garden during lockdown, weren’t necessarily looking to spend less on their housing costs. Instead, newly untethered from their workplaces and commutes, they were in search of a location that could offer them a better value or an improved fit for their changing needs.

That said, economic factors were clearly at play for some remote workers. With 11.1% citing a job offer as their main reason for moving and another 13% saying they were mostly in search of a lower cost of living, widespread economic uncertainty and high rates of unemployment in many locales appeared to be motivating a significant share of relocation considerations.

Since last spring, there has been no shortage of opinion pieces predicting a mass exodus away from expensive, densely populated cities in the wake of the pandemic. With downtown offices still closed for the foreseeable future and many of the attractions of urban life currently inaccessible, some city dwellers have in fact decamped to the suburbs or rural areas, with more potentially to come. Home sale prices in the suburbs outside cities like New York and San Francisco skyrocketed over the summer, though there are now signs that those markets may be cooling.

City Monitor’s survey did not find notable differences between urban and suburban dwellers regarding their relative interest in relocating over the coming year. Respondents who described their current location as urban were roughly equally as likely to say they were considering a move as those who described their location as suburban. Only those who reported their homes as being located in a rural area were significantly less likely to report considering a move – and rural interest in moving was still relatively high.

These findings appear to be in line with a recent survey by The Harris Poll and the Chicago Council on Global Affairs, which found that interest in and enthusiasm for urban living has not significantly waned as a result of the pandemic. Instead of a great reckoning for major cities, the results of City Monitor’s Intent to Move survey seem to point more towards the potential for a great reshuffling.

For the share of the global workforce that is contemplating the possibility of working from home either permanently or much more often, the pandemic appears to have opened up a range of new possibilities. Some currently urban households will leave for suburban or rural areas, while others will choose less expensive, or simply different, cities. At the same time, a significant share of currently suburban households will also relocate, and some of them will choose cities, while others will pick different suburban areas or rural locales.

This suggests that cities that are actively working to lure remote workers through a variety of incentives, including Tulsa, Abu Dhabi and Helsinki, are in a position to find even greater success with those efforts in 2021.

Who are the movers?

For the most part, we found that households that either already moved in 2020 or that were considering relocating in 2021 were fairly evenly distributed across income levels as well as among a range of household sizes. However, there were some notable differences.

Among those who moved in 2020, the vast majority had extremely high levels of education. This likely speaks both to overall greater degrees of mobility among the highly educated as well as to which segments of the workforce were more likely to be able to work from home. We further found that respondents within the technology, media and telecommunications sectors were the most likely to have moved in 2020. In addition, survey respondents who reported being in the middle of their career were more likely to have moved, compared with those at the beginning or closer to the end of their career.

Sommer Mathis was previously editor-in-chief of City Monitor.
Websites in our network