In the late 20th century, cities in the US began struggling with a uniquely American problem. What do you do with blocks, neighbourhoods and cities that are pockmarked with foreclosed, vacant properties? Many places turned to land banks.

Land banks are one of the tools crafted by policymakers faced with white flight and disinvestment in cities such as St. Louis, Atlanta and Cleveland. They are created by county or city governments to acquire vacant, tax-delinquent property, keep it in a reasonable state of repair and return it to responsible use.

A vacant property in Detroit in 2005. (Photo by Jeff Haynes/AFP via Getty Images)

The concept hasn’t made substantial inroads in other wealthy nations because it’s meant to address a side effect of the US’s extreme adherence to property rights as a dominant societal good. In many European countries, property taxes are paid on a monthly basis and the state can quickly take enforcement action against a delinquent owner. But in the US, property taxes are paid annually and delinquency can go unpunished for years, even decades.

“America tolerates people owning junk property that is hurting their neighbours because America doesn’t like to have anybody tell a property owner what to do with his property,” says Frank Alexander, co-founder of the Center for Community Progress and professor emeritus at Emory Law. “Land banking is a tool to say, ‘We will no longer tolerate this. Either fix up your property or give it up.’”

This also gives residents and local officials influence over what happens to a previously blighted and tax-delinquent area. Property that is acquired by a land bank can be repurposed in accordance with the preferences or needs of the local community. And while this idea has shown its value in addressing vacancy and economic decline, it could also hold answers for cities facing radical upheaval in the face of climate change and other threats in the future.

In the second half of the 20th century, several US cities, including Philadelphia, New Orleans and Detroit, lost vast swaths of their population. In some places, this continued into the 21st century: Cleveland’s population fell by 10% between 2000 and 2010.

As home values plummeted in these urban areas, many property owners just walked away. Land would then get stuck in the tax foreclosure process: many states had laws that required the minimum bid at a property auction to be at least the same amount as the back taxes owed on it. That meant many houses cost more to buy than they were worth. The properties would then rot in the middle of their neighbourhoods, providing havens for crime and dragging down the values of any surrounding homes.

Without land banks, it’s typical for abandoned properties in the US to be sold at auction by local sheriff’s offices, but even when the sheriff sale process operates in a neighbourhood with a healthy market, the concept of merely selling land to the highest bidder has its critics. In areas where land values are rising quickly, cities lose an opportunity to create subsidised housing (thus ensuring a long-term mix of incomes in the community). Land banks are designed to address these problems. If a property owner will not pay their back taxes or fix up their building, a land bank (depending on its powers) can obtain foreclosed properties for free, and clear the title and back taxes. As a publicly accountable agency, a land bank can then transparently dispose of the property in the most responsible fashion in the local context.

Although land banks began emerging in the 1970s, when urban decline was at its peak in the US, they came into their own in the 21st century in response to the foreclosure crisis and the Great Recession. In early iterations of the practice, a handful of these institutions were created solely at the local level, but in the late 1990s, statewide legislation began to proliferate that set clearer ground rules for cities and counties that wanted their own institutions, thus codifying many of the best practices and buttressing local agencies against complex property rights lawsuits.

At its best, this means that local leaders have a tool at their disposal that simplifies the process of dealing with vacant and blighted properties. One study found that Ohio’s Cuyahoga County land bank generated an impact of $1.43bn by acquiring and demolishing almost 8,000 blighted buildings, revitalising over 2,000 others and stoking further investment.

The efficiency and policy priorities of land banks are structured by local legislation, political culture and regional economy. In Atlanta, when a land bank acquires properties, it attempts to repurpose them for use as affordable housing. In a city where home values are appreciating and costs for working-class residents are a growing concern, policymakers value the idea that vacant property can be steered toward community development corporations and other affordable-housing developers.

But in Michigan, a different set of policy priorities are evident. The Genesee County land bank services the region around the notoriously troubled city of Flint. In the context of extreme population loss and a declining building stock, affordable housing is not the principal concern. Instead, policymakers want the land bank to acquire burned-out buildings, raze them and install urban gardens or park space in their stead.

One challenge, however, arises when local officials get too involved with individual transactions (as opposed to general oversight and input over guiding principles). This has happened in Philadelphia, Pittsburgh, St. Louis and Cleveland, where local politicians have been given significant power over land transactions. This results in a land bank that acquires properties at the behest of local power brokers without any concrete plan of what it will do with them, and then gives officeholders veto power over decisions about the land bank’s holdings. 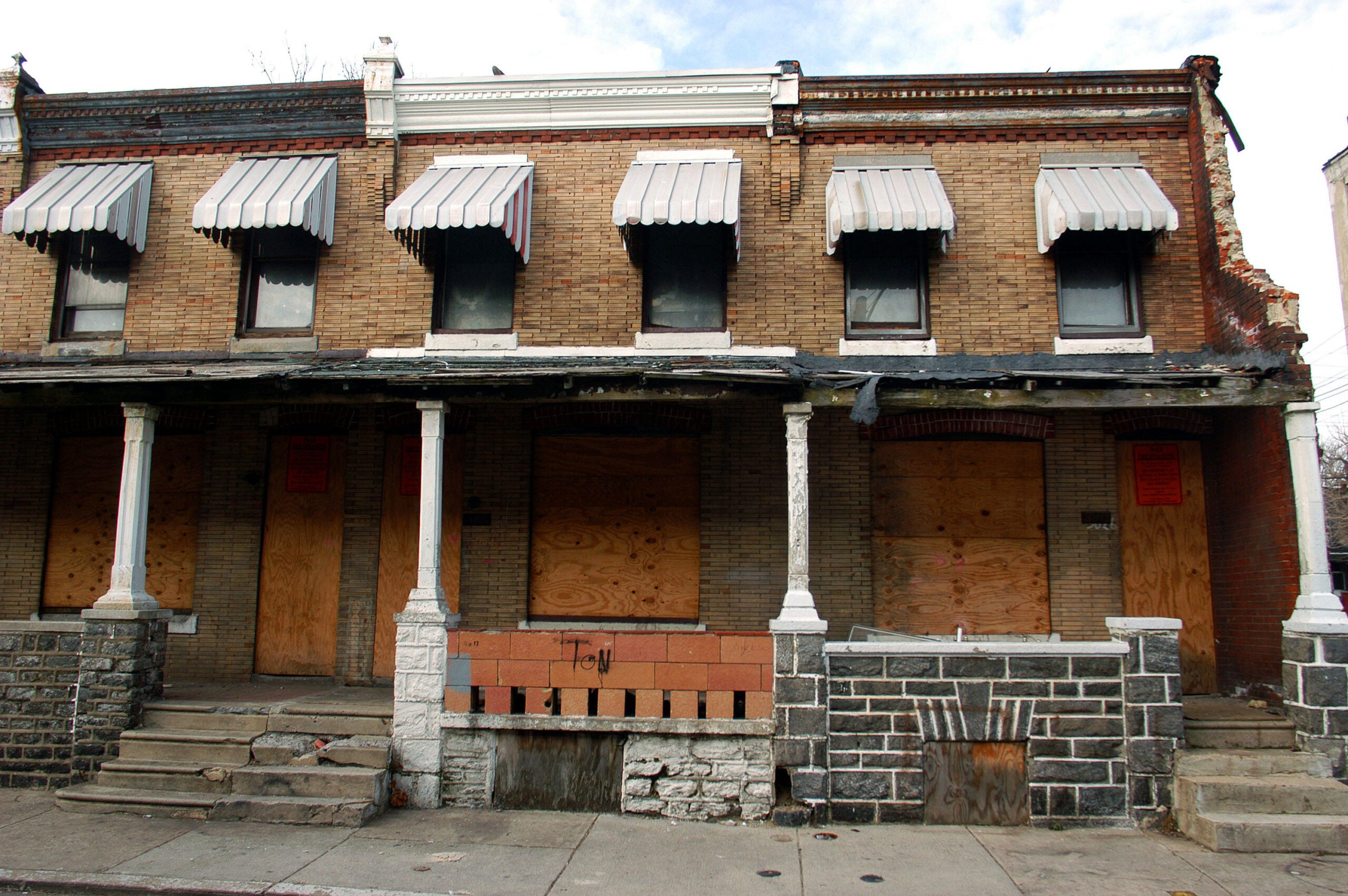 “In Pittsburgh, you have to get City Council approval on every transaction,” says Jim Rokakis, vice president of the Western Reserve Land Conservancy. “When Councilman Joe Blow gets veto power, it just keeps muddling everything up in the political process. The city land bank in Cleveland has about 20,000 vacant lots in it because they’ve been collecting vacant lots since the 1980s. You can’t get a piece of property out of the city land bank without the sign-off of the local councilperson.”

This kind of interference invariably slows down the process, undermining the land bank’s principle mission of getting properties back into some kind of sustainable use quickly. It also offers temptations for local politicians to earmark properties for friends or campaign donors, which is a frequent issue in cities that allow political oversight of land sales. (It can also result in politicians’ interfering in the sheriff’s sale process even when that may be the best option for a particular property.)

Another frequent mistake is housing a land bank within a city’s redevelopment authority, which are long-established institutions with a distinct set of policy priorities. This pairing often results in internecine bureaucratic clashes over turf that experts say have undermined land bank functioning in cities as disparate as Baton Rouge and Philadelphia.

Where bureaucratic turf wars or stifling political control interfere with the process, land banks can end up serving as little more than holding tanks for publicly owned land.

One way for cities to adapt to climate change

In the US, local elected officials are often hemmed in by state preemption rules and limited tax bases. One of the only powers they reliably wield are controls over land. In Rokakis’s view that’s why the best land banks cover multiple jurisdictions, weakening the power of any one political body over the institution.

The Cleveland area, for example, is also served by the Cuyahoga County land bank, and that model has spread across the state. It has its own funding mechanism and generated $1.3bn in economic impact between 2009 and 2019, according to a study the institution commissioned. Rokakis reports that land banks in Ohio have rehabilitated thousands of properties and demolished 40,000 vacant and abandoned properties. 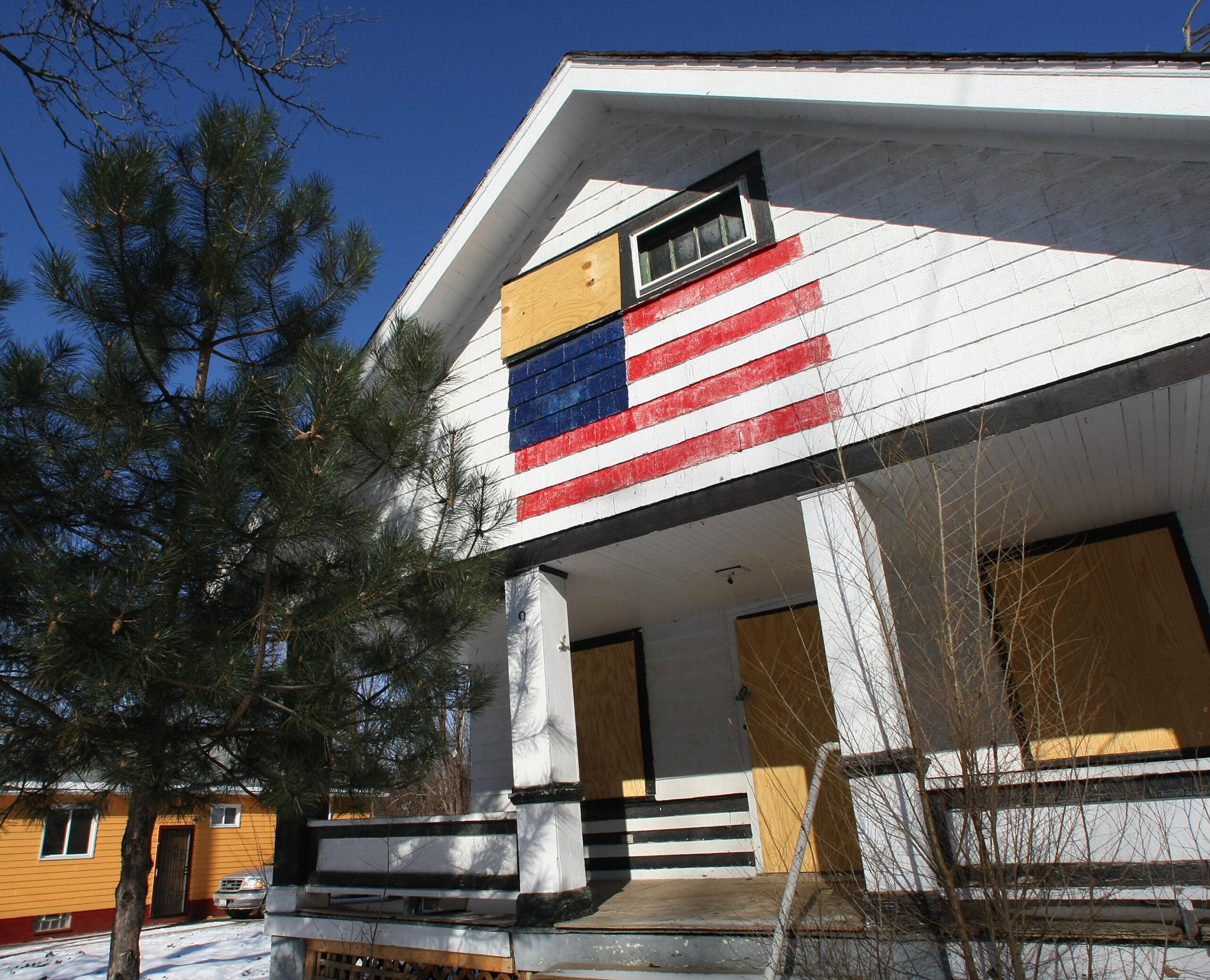 Cleveland in 2008. (Photo by Timothy A. Clary/AFP via Getty Images)

The Center for Community Progress estimates that there are now roughly 170 land banks, with varying degrees of power and efficacy, in the United States. For advocates like Alexander, who wrote many of the land bank laws in Ohio, Michigan and New York, the model is only likely to become more relevant in the era of climate change.

Alexander believes that as the climate crisis accelerates and many properties along the Gulf Coast and the Eastern Seaboard become inundated, land banks could play a role as the receiver of last resort for properties that can no longer be developed. He’s recently rewritten a draft of his land bank statute that would allow these institutions to be created by governors during states of emergency and then turned over to local governments after six months. They would then be charged with turning properties into wetland or nature conservancies.

“That’s where I am now shifting my work after having been in this deal for 20 or 30 years,” Alexander says. “I’m taking everything I’ve learned from land banking, tax foreclosure and code enforcement to say that local governments need to have a land bank to be able to become the intermediate holder of properties that can no longer be developed or used for environmental and climate change reasons.”