No US presidential administration has been much concerned with land use and zoning. Instead, this powerful but quotidian policy area has largely been devolved to local governments, which exercise enormous power over the most minute aspects of development. 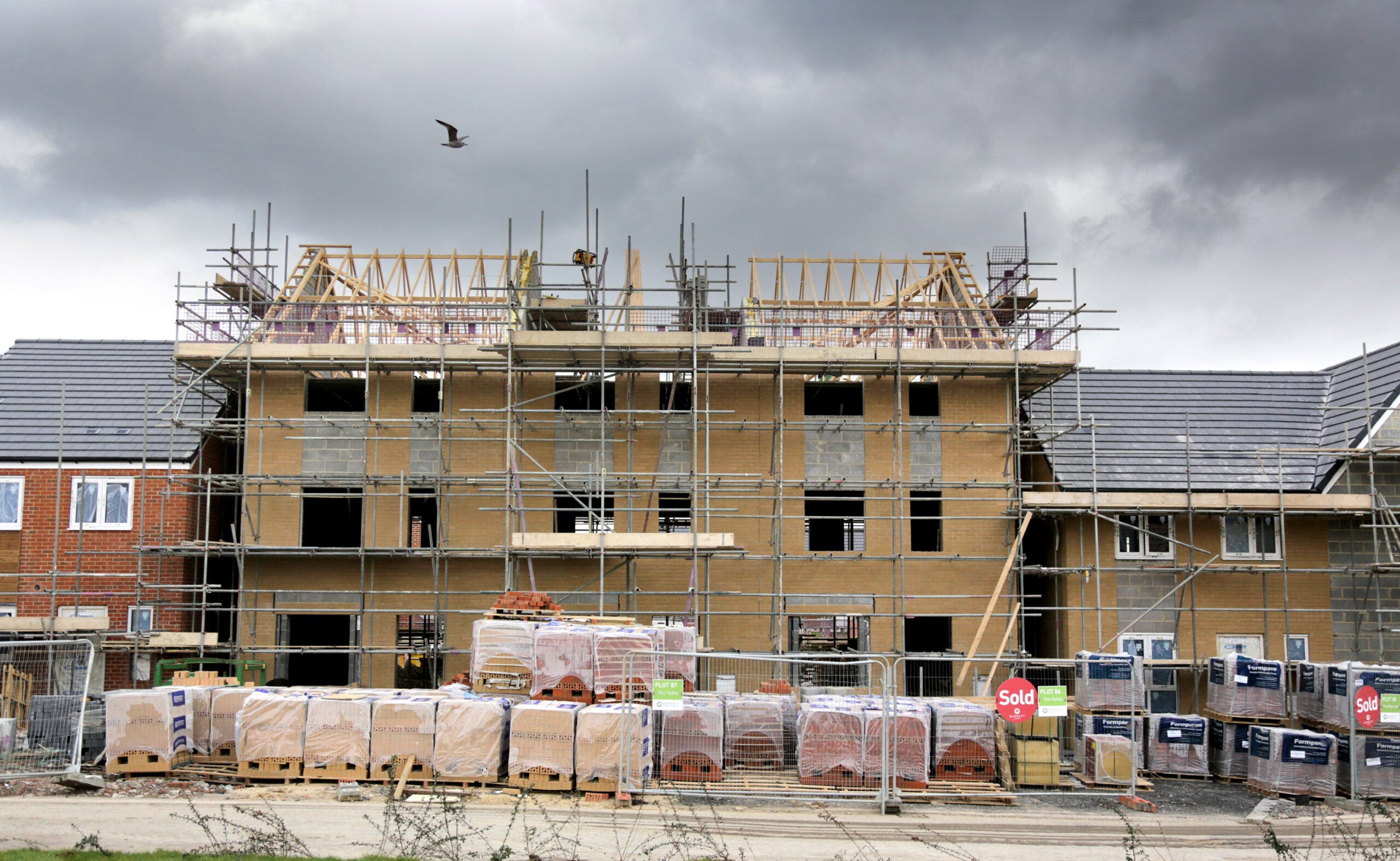 A few recent bills in Congress have proposed ways to encourage local governments to loosen their restrictions on land use. (Photo by Matt Cardy/Getty Images)

Both Barack Obama’s and Donald Trump’s administrations made rhetorical feints at the issue (although Trump later promised “suburban housewives” he would keep their neighbourhoods exclusionary). As progressives increasingly call for the federal government to take action, and as most local governments refuse to address barriers to housing development, the change in administrations has some wondering: will Joe Biden do something about land use and zoning?

The most straightforward path to change isn’t simple. That would involve Congress passing new laws and creating sources of funds that were accessible only to localities that loosened their restrictions on development. There has been some movement in that direction recently, and advocates take a modicum of comfort in that two bills in the current congressional session – the Build More Housing Near Transit Act and the Yes in My Backyard Act – have bipartisan support.

But it is still unclear which party will control the Senate, how much room there will be for compromise in this acrimonious political landscape or if these issues will map strictly to partisan battle lines.

There also aren’t clear and easy steps the Biden administration could take on its own, because the federal government is not equipped to influence local zoning laws.

“There isn’t a place in the federal government that’s in charge of land use. There’s no obvious office you can tap and say, ‘All right, figure this out,’” says Jenny Schuetz, a fellow at the Brookings Institution’s Metropolitan Policy Program. “The federal government hasn’t done this before. They will need a team of people committed to doing this and for whom it’s their day job.”

City Monitor spoke with land-use experts to get a sense of how the Biden administration could prompt land-use and building reform, either with congressional support or operating solely through the bureaucracy.

Working through the agencies

The federal government provides states, cities and other localities with an array of funding streams for housing, transportation and other local uses. Zoning reform and desegregation advocates have long promoted the idea of tying this money to more liberal land-use policies: if a municipality proved reluctant to make changes allowing more multifamily housing to be built, for example, the federal tap would be turned off.

This could be applied to a range of programmes operated through executive-branch agencies. Obvious candidates would include Community Development Block Grants and the Home Investment Partnerships Program, flexible policies that are often (although not exclusively) spent on affordable housing and neighbourhood development projects. There are also Surface Transportation Block Grants, which support road and transit projects and would be a fruitful point of leverage because even the wealthiest communities need help paying for roads and related infrastructure. New Starts funding for mass transit could be a helpful tool for big cities and job-dense areas under development pressure. Water and sewer funds from the Environmental Protection Agency could be made contingent upon allowing smaller lot sizes and more density in new housing units.

The federal money would have to be substantial enough to goad wealthy jurisdictions, where apartment development and subsidised housing are needed most. But Community Development Block Grants have been dramatically declining in value since George W Bush’s presidency. For a struggling city like Baltimore, the threat of losing federal dollars could prompt policymakers to take meaningful action. Wealthier enclaves might not be so motivated.

While executive-branch agencies have some leeway to make regulatory changes, there are legal questions about how far they could change qualifications for their funding streams without legislation from Congress. Salim Furth, a senior research fellow at the Mercatus Center, says many of the statutes governing the Department of Housing and Urban Development were written back in the 1970s, when agencies were given less freedom to interpret the law.

“It’s very hard for HUD to adjust their formula so that, say, jurisdictions that upzone get a little bit more money,” says Furth, director of Mercatus’s Urbanity project. “They’ve got some wiggle room to do that. But mostly, they don’t.”

Other housing experts argue there is room to explore legal questions around changing these regulations, although the conservative-majority Supreme Court could be a barrier. But everyone agrees it would be far easier to pursue zoning reform with new legislation. 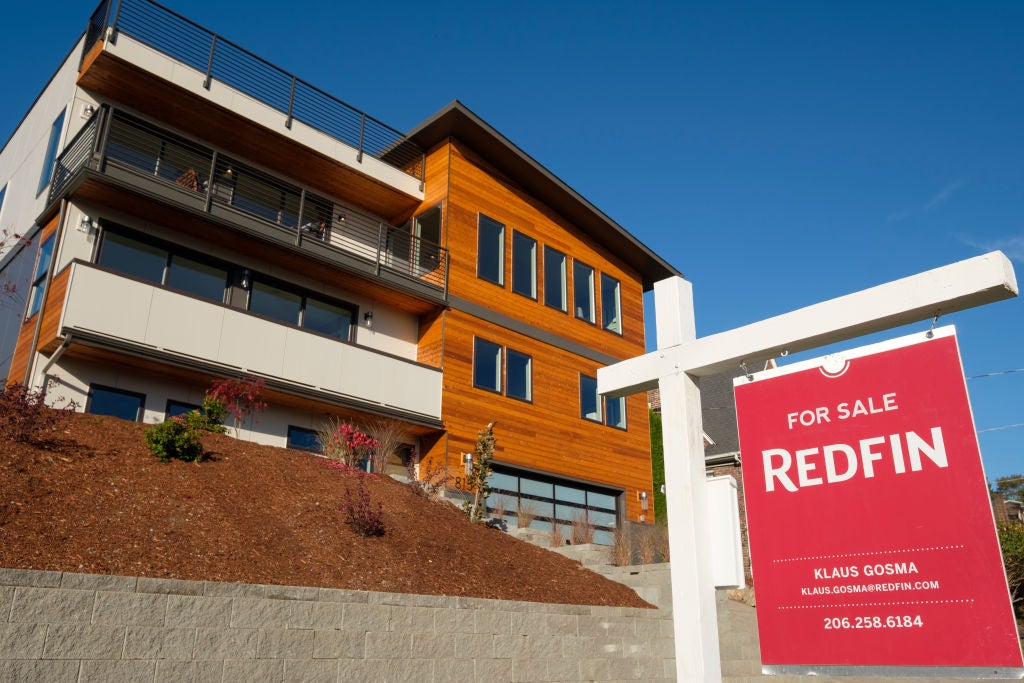 Local jurisdictions will want to see that any reforms are long-term and not likely to be rolled back by the subsequent president. (Photo by Stephen Brashear/Getty Images for Redfin)

Is there a possibility of bipartisan action?

The legislative process in the coming years is expected to be, to put it mildly, fraught and unproductive. The success of the Biden administration in Congress rides, in large part, on the outcome of two Senate races in Georgia. But even if Democrats win both, that does not mean land-use reform legislation would pass easily.

That’s partly because many of the regions where exclusionary zoning takes the highest toll are in states where the Democratic Party is quite powerful: California, New York, Massachusetts, Maryland. Perhaps some Republican lawmakers could be willing to vote for such an effort if it didn’t bring big changes in their own backyards, but it’s also possible some Democrats could reject reforms to which their most influential constituents are hostile.

Legislation that created new funding streams, or just tweaked existing programmes without adding new money, would also be more likely to remain in place over the long term. As we are likely to see in the next year, regulatory changes are relatively easy for a new administration to retract. Biden will no doubt roll back many Trump-era rules, and Biden’s eventual successor could do the same thing.

For local jurisdictions to believe that change is here to stay and that stonewalling won’t get them far, they will have to believe that the subsequent administration won’t be able to simply change the regulatory environment a few years down the road.

“If the goal is to reorient local policy, locals need to believe it’s not just a flash in the pan for one election, then the party switches and it all goes back,” Furth says. “You really want to say that these incentives are going to be here for a while.”

The power of the bully pulpit

Most of the advocates interviewed also hope that Biden will use the powers of the much-celebrated presidential bully pulpit to advance the ideas they support. If the most powerful and visible person in the country speaks out forcefully in favour of your cause, that’s all to the good, their logic goes.

But there is some evidence that presidential attention, and the media glare that can accompany it, polarises policy issues and makes it harder to pass legislation. The idea of giving a president from an opposing party a win is enough to put many politicians off of dealmaking.

Obama’s administration saw unified Republican opposition on most high-profile issues, including on legislation that had the broad support of experts across the ideological spectrum, and there is little reason to think conservative politicians will behave differently this time.

Advocates say there are more subtle ways to use the bully pulpit, perhaps at the cabinet level, and that issues of zoning and land use are so boring to most people that it will be hard to whip up a partisan fervour over it.

Schuetz at the Brookings Institution says fruitful discussion could happen quietly. Agencies like HUD, the EPA and the DOT could bring in mayors, governors and other policymakers for non-antagonistic discussions about how to move in a better direction. Just putting visible pressure on local actors could give them the excuse to oppose special interests and oppositional actors at home.

“The federal government can give political cover to mayors, governors, county executives who want to do the right thing but face pushback from their constituents,” says Schuetz. “If [the feds] can make a big stink about it, then it’s easier to tell homeowners, ‘Sorry, this is something I’m being made to do.’”

Advancement on any of these fronts is uncertain. But like so much else in US life, at the very least, the Biden administration will be able to change the tenor of the conversation. After decades of inaction and tiny tweaks at the margin, some longtime observers of policy around housing and segregation say they aren’t expecting much more.

“A change in the rhetoric would be a positive step,” says John Logan, professor of urban sociology at Brown University. “That’s settling for very little, isn’t it? But that’s the world we live in.”