New York, San Francisco and Stockholm have them. And now some Londoners are calling for them to curb rising rents. But what are rent controls and how do they work?

Rent controls can come in many flavours but they are all a form of price ceiling to cap the level of rent that landlords can charge. Generally, price ceilings lead to underproduction and black markets. Producers, where possible, switch their efforts to alternative goods that fetch better prices. Shortages and illegal trading of the regulated goods often follow.

Housing is a durable good, however, and most renters do not live in new homes. So it is tempting to think of the rental stock as rather fixed and therefore largely immune to the normal pernicious effects that price controls have on supply.

To some extent, this is true – in the short run. But over the long run, it is generally not. Shortages in quantity and quality will eventually occur, though their manner and degree depends very much on the particulars of the rent control policy. The particulars also determine who wins and who loses.

Rent controls must grant renters greater security over their tenancy and also regulate the rents that they pay. Both are necessary, as otherwise landlords could force tenants to leave in spite of any security by raising their rents prohibitively.

Typically, the rents are controlled by a local rent board which decides on an annual basis how much a tenant’s rent may permissibly be increased. Almost always, these increases are lower than the growth rate of unregulated, market rents in the area. This keeps rents, for existing tenants at least, “affordable”.

It would be arduous (and boring) to create a taxonomy of all rent controls. But rent control is one of the few policies in economics where there is little disagreement over their unintended consequences – the effects are readily observable in the many markets where rent control has been enacted.

This difference in approach is reflected in the market. In San Francisco, rents for new tenants are very high, in part because landlords know that they may not be able to increase them later. In NYC and Stockholm, rents for regulated apartments are quite low. And in NYC only a fraction of the rental stock falls under rent control. Many rentals are completely unregulated.

Both approaches heavily disincentivise renters from relocating. In San Francisco, for example, a tenant who has been living in their apartment for years would likely have to pay a substantially higher rent should they move to a different apartment and begin a new lease.

In Stockholm and New York City, rent controls have had unintended knock-on effects on the market as a whole. For different reasons, in both cities there is a shortage of rent controlled apartments. In Stockholm, apartments are rationed by the government. Waiting lists for apartments are long. In New York, landlords have greater autonomy over who they rent a controlled apartment to: it is “finders-keepers”, and the finding is very tough.

Shortages are not always immediately apparent. Suppose a city, London, were to impose controls on all rentals. At first, there wouldn’t be much of a change in the rental stock; perhaps a slight reduction in the number of buy-to-lets.

Over time, though, the rental stock would decrease. From the beginning, regulated rentals will be under-maintained. Because landlords are poorly compensated for any improvements under rent control, they lack the incentive to upgrade or even perhaps make repairs. In fact, disrepair may help them get rid of an incumbent tenant – an attractive option under San Francisco-style controls.

There are also knock-on effects for the owner-occupied housing market, which is not regulated. If rent is capped, the buy-to-let market would likely cool down. Owner-occupiers, because of the value they get from living in their home, would be willing to pay more than prospective landlords. Rental homes, where and when possible, would be sold into owner-occupancy as a result. 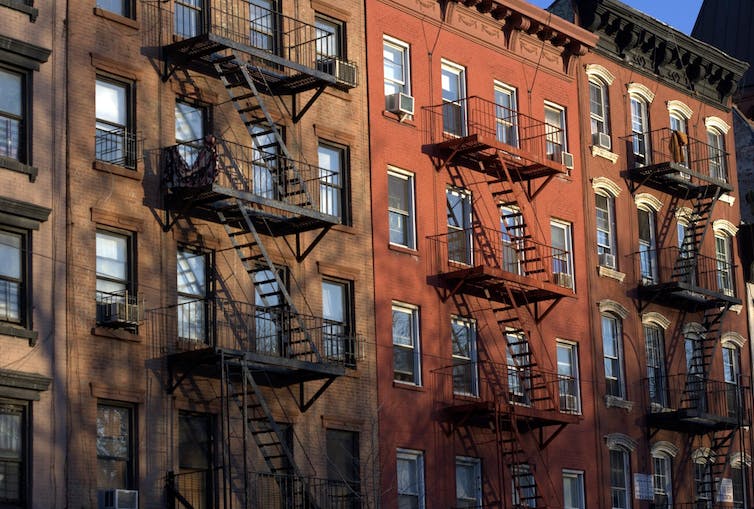 In NYC and Stockholm, where much of the regulated rental stock is in multi-storey buildings owned by a single legal entity, conversion to owner-occupancy is relatively rare. In London, however, where much of the rental stock is individually owned, homes would move rather easily into the owner-occupied sector. This may be good for renters who are willing and able to buy a similar home, as house prices will generally be lower. But it will be much tougher for those not ready to buy.

The consequences of rent control are not as simple as, “Renters win, landlords lose”. This is sort of true, initially. But would-be landlords – investors who have not yet bought – lose nothing. They can move their money to alternative investments if the return on being a landlord is not high enough.

Meanwhile, future renters lose. Investors have many choices over assets to invest in, but renters have fewer options; they either rent or own. For many renters, switching to owning is not possible or would be financially difficult. And so they will end up bearing the costs of the price ceiling.

Of course, rent control need not lead to scarcity if the government is willing to step in and subsidise construction. But then it becomes the public purse that bears the costs of rent regulation.

There are times and places where rent control may nevertheless be good policy. It may be warranted in war time, particularly if other parts of the economy, such as housing construction, are being simultaneously regulated. In fact, both NYC and London had rent controls during World War II. But this may lead to those renters that enjoy the controls during the war becoming a vocal constituency for maintaining the policy, with the long-term unintended consequences this brings.