Two weeks ago, as most of England was preparing to reopen, the Midlands city of Leicester became the site of the country’s first local lockdown. An outbreak, thought to result from sweatshop conditions in the local garment trade, has seen incidence of Covid-19 in the city running at 126 cases per 100,000 people, compared with fewer than ten in nearby cities like Nottingham and Derby. 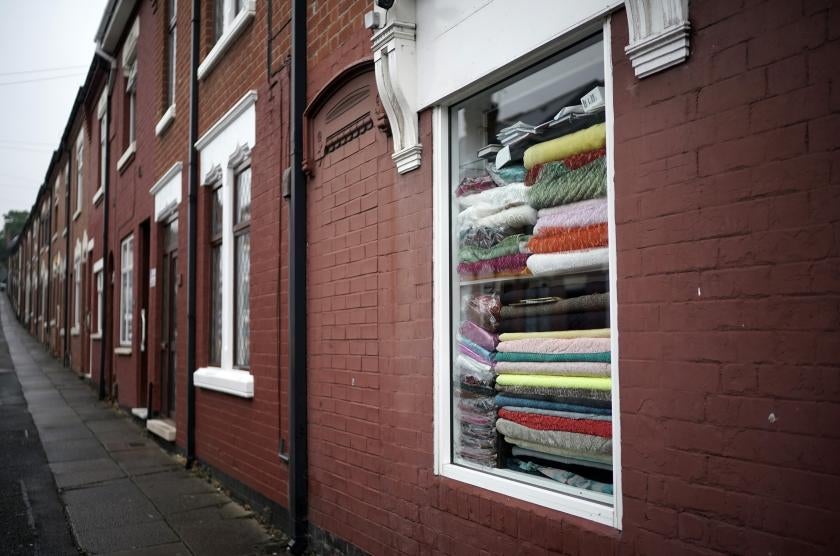 Leicester’s mayor says he has asked the British government for powers to address conditions in the city’s garment trade. (Photo by Christopher Furlong/Getty Images)

But locking down a single city has proved to be no easy business in the UK, where city councils are relatively weak bodies that exist largely at the pleasure of the national government. In fact, the area being locked down has no legal or administrative identity: it includes the entire Leicester City Council area, plus a number of contiguous suburbs. As a result, the regulations imposing the measures spend 24 pages simply defining the city by listing every street and postcode it contains.

What’s more, the city’s elected Labour mayor, Sir Peter Soulsby, has been damning about the lack of communication from national government. In a document published late last week, he wrote, “There have been misleading claims from Government sources about what data and information has been provided to us in Leicester and when” – which is about as close to “pants on fire” as the British political lexicon allows.

Soulsby claims that the health secretary announced in a press conference that there was an “outbreak” in Leicester on 18 June, without bothering to mention it to the city authorities first. This announcement was not followed by any immediate ramping-up of resting in the city, and the council was not given full access to the public-health data. Even now, with the city locked down once again, the data is missing components, such as ethnicity or profession, that would help the council track the outbreak.

“If this period of enforced lockdown is to be anything more than a gesture to warn the rest of the Country, [Public Health England] needs to state definitively what level of results constitute an acceptable level of infection,” Soulsby concludes. “We need to know how this will be measured, otherwise we could end up in a protracted lockdown – or end up leaving our isolation on the same wholly inadequate basis used to take us into it.”

Soulsby is not the only city leader to have made some of these points. Others, notably Greater Manchester Mayor Andy Burnham, have also criticised the poor communications and data on offer from the government. But his letter highlights a problem with the concept of local lockdowns as currently envisioned. That they’d be imposed by above is perhaps inevitable. But that it’s unclear either what would trigger a lockdown or what would make it possible to lift it again, which gives an unnecessarily arbitrary flavour to the whole thing. What’s more, that cities themselves are not being given the tools required to fight the pandemic feels like outright negligence.

The mayor described the threat as “daft” – “I can only think it is some kind of attempt to intimidate us” – and hit out at government attempts to shift blame. That the council hasn’t stamped down on its sweatshop problem, he added, is because it doesn’t have the powers to do so. “We have asked the Government for greater powers in this respect and they have said no.”