In April, under the cover of shelter-at-home orders, Seattle suddenly closed a few streets to most through traffic. Within a few weeks, the closures grew to cover more than 20 miles of previously unrestricted city streets and will reach 27 miles by early July. 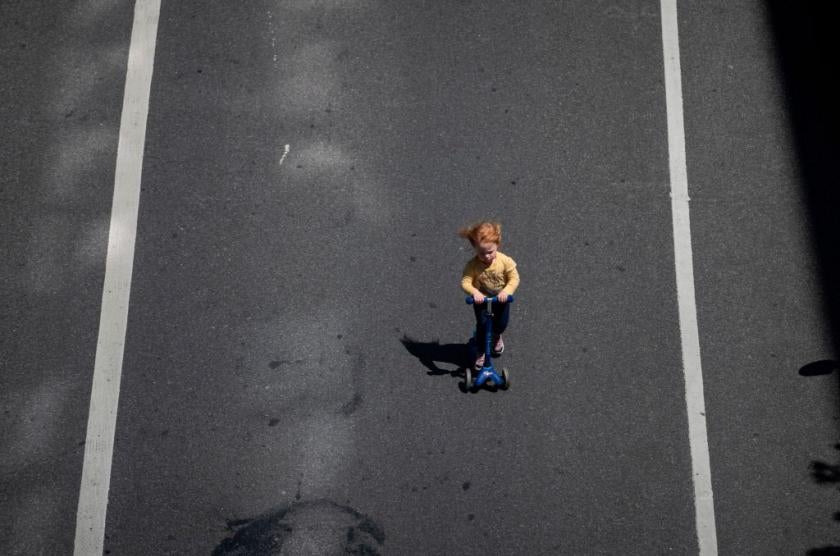 Seattle permanently closed 20 miles of streets to through traffic, but residents wonder what “closed” really means. (Photo by Johannes Eisele/AFP via Getty Images)

The roll-out came with little opposition: many locals cheered the expansion of open street space when it was most needed, and advocates in other cities held Seattle up as an example to follow.

But within three weeks of the initial closures, the city surprised residents by announcing that most of those closures would be permanent. While outsiders praised the decision, local opinions split. For people living on or around the blocked streets, questions lingered about what the closures really meant. Who could still drive on them? How would the rules be communicated to drivers, and how would the rules be enforced? And what happened to the public input process that usually goes into making this kind of decision?

“I read about the streets somewhere,” says Greg Dember, who lives just off a closed section of Fremont Avenue North in the Greenwood neighbourhood. “Then, a couple days later, they made it permanent.”

Dember rallied neighbours in an online forum to contact the city with concerns. Among their frustrations was that few understood what the permanent closure meant and what qualified as the “local traffic” that is still allowed on the streets.

That confusion highlights why cities usually have lengthy processes for changes like this. Typically, officials will present multiple options for street plans, solicit public comment, hold community meetings and allow for an adjustment period. It’s often a cumbersome process that can take months or years, where even seemingly minor issues can get heated. So it’s easy to see why, in a public-health emergency, the city would opt to seek forgiveness rather than permission. But with a decision that’s expected to last well beyond the state of emergency, many residents still expect to have a voice in the process.

The city has offered some clarity in a blog post, writing: “People with destinations along Stay Healthy Streets – like residents, essential workers, emergency service providers, delivery providers, and garbage and recycling collectors will continue to have vehicle access.” But what most people experience on the ground isn’t so descriptive. Seattleites now turn onto their roads to see sandwich boards that say “street closed”. Smaller plastic signs say “local access & deliveries OK”, but they’re readable only up close.

For Tom Fucoloro, who writes Seattle Bike Blog, one of the biggest points of confusion is the word “closed”.

“Part of that is the city making it sound cooler than it is,” he says. “Local traffic” can still drive down a street that has been declared closed, but pedestrians cannot legally walk on one that is considered open. He suggests people think of the street space as an extension of a driveway: “You don’t expect to speed down your driveway, and there might be people in it.”

Perhaps the strongest visual cue in some areas would be the presence of people, not cars, on the streets. Some places, like Greenwood’s First Avenue North, filled immediately with families on foot, while users in the Rainier Valley say they haven’t seen the same.

Seattle’s Department of Transportation (SDoT), which made the decision in conversation with the mayor, says social distancing prevented the city from following the usual process of outreach and public meetings. Instead, the department used a framework it already had in place for creating “neighbourhood greenways”: streets with traffic-calming interventions like speed bumps and enhanced safety measures at intersections.

The city has a long history of public outreach regarding neighbourhood greenways, and officials used that work to stand in for the process when making the initial decision to temporarily close streets. Almost all of the new Stay Healthy Streets are on previously completed neighbourhood greenway routes, and SDoT refers to the new projects as upgrades to what already existed. High on the initial success, they kept moving forward at full speed.

“I don’t think that the decision to make them permanent would have happened in the same way if not for us hearing mostly positive feedback,” says SDoT media and public-affairs lead Ethan Bergerson. “There was a real need to make sure people had additional options to get around safely without a car.”

For some of the Stay Healthy Streets, like Fremont, that works: the street runs straight north/south, crossing two other Stay Healthy Streets and meeting up at one end with the Interurban, a 24-mile multi-use trail. But other routes aren’t so comprehensive. Joe Ray, who lives near a route in the Rainier Valley neighbourhood, says it wiggles through the neighbourhood in a way that’s not as useful. “It’s cool they’re there,” he says, but they can’t be considered bike lanes.

“The Rainier Valley route makes no sense as a transportation route,” Fucoloro says. But because the original batch of Stay Healthy Streets grew out of the neighbourhood greenways, it only compounded existing problems: “A whole area of Seattle that is far less white than the rest of the city also just conveniently doesn’t have any direct, complete biking/walking structure,” he says.

That pattern reflects a consequence of using past decisions to move quickly on new ones: if those early decisions were inequitable, the next step only compounds the inequity.

It’s still an open question as to what signage and barriers will ultimately look like on permanently closed streets. “It’s one of the ongoing challenges,” Bergerson says, adding that officials are balancing three tactics used to shape people’s behaviour when streets change: engineering (of signage or physical barriers), enforcement and education. “It’s a challenging time to get word out quickly.”

The concept is also “hard to jerk-proof,” says Gordon Padelford, executive director of the grassroots organisation Seattle Neighborhood Greenways. The closure framing presents a problem, he says, because an enforcement policy raises deeper issues between residents and the police. They’re open to everyone except for drivers looking to cut through, he says, which was the original concept of the neighbourhood greenways.

“They were never intended to be for through traffic,” Padelford says, but that got watered down in the plan’s execution.

Much progress in cities butts up against slow bureaucracy and the often slower process of changing public opinion. While Seattle found a way to move quickly, the sudden and permanent change frustrated many residents, even ones who ultimately liked the result. Now the hope is that the results speak for themselves.

“It’s hard for people to visualise what change is like,” Padelford says. “Giving people the chance to experience that, to walk in the street for the first time with Grandma or bike with kids; you can’t convey that with public process.”

Naomi Tomky is a freelance writer based in Seattle.