Encompassing swathes of Ethiopia, South Sudan and Kenya, the Omo-Turkana Basin is one of the oldest landscapes in the world that is known to have been inhabited by Homo sapiens and is now one of the world’s most extraordinary examples of ethnic diversity. In the lower Omo Valley alone, a varied history of cross-cultural encounters has played out to produce eight distinct ethnic groups, speaking many languages from Afro-Asiatic to Nilo-Saharan.

In a cattle camp on the bank of the ancient Omo River a Mursi elder implored me to, “Tell our story so that others might know us before we are all dead in the desert”. Where the river ends in Lake Turkana, this sentiment was echoed by local fishermen: “You will find our bones in the desert.” The story of the Omo-Turkana Basin is now that of the Ethiopian state exploiting its periphery in the name of “development”, trampling on the human rights of its citizens in the process.

The dam and the damned

Over the past decade, the Ethiopian government has pushed ahead with a huge hydro-electric dam on the Omo, known as Gibe III. Without any meaningful consultation with the communities affected, the state has also appropriated grazing lands and freshwater, threatening their vital resources and local heritage.

All of this has happened despite the area gaining the status of a UNESCO World Heritage Site in 1980. As Richard Leakey, the Kenyan paleoanthropologist, conservationist and politician put it, “these happenings are profoundly disturbing”.

The completion of Gibe III, Africa’s tallest dam to date, has eliminated the annual flood and radically reduced the Omo’s flow, which produces 90 per cent of Lake Turkana’s freshwater input. In doing so, it has reduced sediments and nutrients critical for traditional agriculture, riverside pastures and fish habitat. 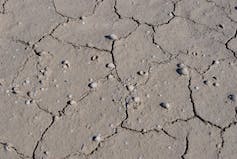 Over 30 per cent of the lake inflow will be diverted for commercial irrigation projects. The result could be a fall in lake level comparable to that of Central Asia’s Aral Sea, which has shrunk by over two thirds since the 1960s because of irrigation abstractions, and which has been called “the world’s worst environmental disaster”. To make way for the commercial plantations planned for the Omo Valley, tens of thousands of hectares of land will be expropriated and thousands of local people displaced.

Development at any cost

The need to see “development” as more than a simple matter of an increase in GDP is well established. In his seminal work, Development as Freedom, the Nobel Prize winning economist, Amartya Sen, demonstrated that sustainable development must be based on universal access to social and economic necessities as well as political and civil rights. The many communities in the Omo-Turkana Basin have suffered a systematic curtailment of their most basic and essential rights.

International agreements which the Ethiopian government signed up to, such as the 1993 International Convenant on Civil and Political Rights and the International Covenant of Economic, Social and Cultural Rights require it to protect and promote the rights of minority cultures and ensure the “right of everyone to take part in cultural life”. 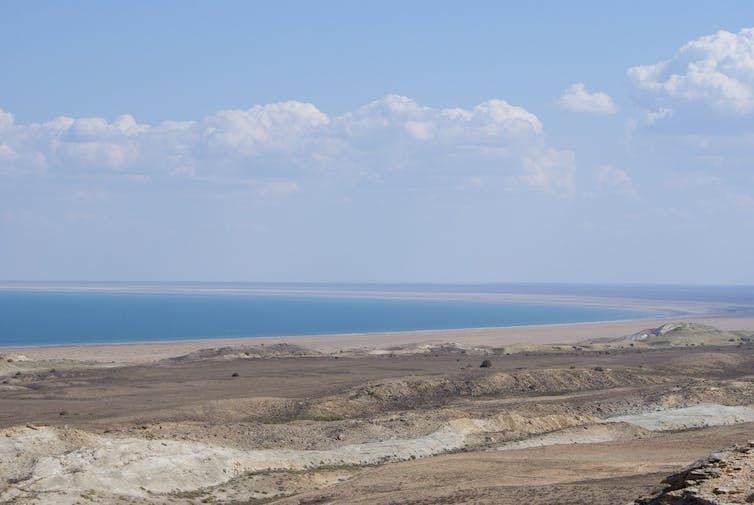 Formerly the fourth largest lake in the world, the Aral Sea has reduced to around 10 per cent of its size in the 1960s. Image: T. Clack/author provided.

Since 1948, Ethiopia has also been signed up to the Convention on the Prevention and Punishment of the Crime of Genocide. Article II provides against the destruction of “a national, ethnical, racial or religious group”. Raphael Lemkin, who coined the word “genocide”, famously defined the specific need to protect against the “disintegration of the political and social institutions of culture, national feelings, religion, and the economic existence of national groups”.

It is difficult not to conclude that what we are seeing in the Omo is the wholesale disregard of these commitments by the Ethiopian government. Its development policies are not only transforming landscape and heritage but destroying complex systems of sustainable living that have endured for millennia. The huge injustice of all this is that the ecological costs will be borne by local communities while the profits will be enjoyed by central and international corporations.

Meanwhile, centuries of collective wisdom relating to livestock diversification, flood dependant cultivation and customary obligations and mechanisms of livestock exchange, will be made redundant.

This is not to deny, of course, that development, in the sense defined by Sen, is a laudable and necessary enterprise. But we must also recognise that large-scale infrastructure projects are likely to have far reaching consequences for the lifestyles and cultural identities of those they displace.

Projects which set out to increase economic growth without regard for social justice and individual rights are not worthy of the name “development”. Development must benefit locals, and for this to happen their voices must not only be heard but also given a central and determining role in any discussions about the future of their lands and livelihoods.

Both cradle and crucible of our species, the Omo-Turkana Basin is unique and precious. Its heritage and history, as well as responsibility for its future, are shared by us all.

Timothy Clack, Lecturer in Archaeology and Anthropology, University of Oxford.