Homelessness is a growing problem in the UK, where the number of people sleeping rough has doubled since 2010, yet it is dwarfed by the scale of the issue in the US. More than 500,000 homeless were found across the US during just one night, compared to the UK’s 2017 count of 4,751. Changes in the definition of homelessness and flawed methodologies suggest that the true number for the US could be anywhere from 2.5 to 10.2 times greater.

Millions more live in overcrowded or slum housing, forced to choose between the damage that poor conditions do to their physical and mental health, and the street. All of the US’s housing issues – from foreclosures to evictions to poor conditions – hit communities of colour the hardest.

This is due to a legacy of discrimination, which continues to undercut any commitment to safe and decent housing for all residents, whether in the private or public sector. In my recent book, City of Segregation, I explain how the long, violent history of creating spaces for the white and privileged classes is embedded in a number of practices, which continue in US cities to this day.

As private developers and investors seek out urban land in major cities around the world to secure their fortunes, real estate patterns and practices developed within the US are increasingly being observed elsewhere.

In cities as diverse as London, Sydney and Durban, community groups which have been working for decades to improve their neighbourhoods languish with little public or private resource. Meanwhile, developers create spaces for foreign investors and new residents, who anticipate certain protections and privileges such as greater security, high quality amenities and neighbours with similar interests and backgrounds.

This is a driving force behind rising evictions and the criminalisation of homelessness, alongside gated communities, hostile architecture, “broken windows” policing with its focus on prosecuting activities such as graffiti or jaywalking and the growing privatisation of public spaces through regeneration.

But there is still time for other countries to choose a different path. The UK, in particular, can build on the legacies of the post-war political consensus that all residents should have access to quality housing, and its acknowledgement of institutional racism and some history of government anti-racist campaigning.

Both legacies should be improved, but a renewed commitment to a programme of housing and anti-racism are central to increasing equality, prosperity and well-being for all. Based on my research, I’ve come up with five steps which the UK and countries like it can follow, to ensure that future development reduces – rather than drives – homelessness and inequality.

Unlike the US, the UK acknowledges a right to a home, and within living memory provided it for a huge swathe of British society. Social housing – whether in the form of traditional council flats, cooperatives or community land trusts – provides a variety of housing types and keeps rents from rising too far beyond wages.

When social housing is widely available, it makes a huge difference to people who – for one reason or another, and often through no fault of their own – become homeless. With social housing to fall back on, homelessness is a temporary condition which can be safely resolved. Without it, homelessness can become a life-destroying downwards spiral.

Severe segregation in the US stripped entire communities of access to quality food, jobs, education, green spaces, services, banks and loans. Poverty is endemic, and can easily tip into homelessness. While far from perfect, the UK’s post-war commitment to universal provision of services, such as education and health care, and building social housing across all neighbourhoods underpinned a surge in upward mobility.

This achievement should be salvaged from the damage done by Right To Buy – a policy which sold off social housing without replacing it – and austerity, which has prompted a sell-off of public assets and land, as well as the closure of childrens’ services, libraries and community centres.

A market geared towards building apartment blocks for the portfolios of investors who will never live in them cannot produce the kind of housing and neighbourhoods which residents need, much less at a price they can afford.

While London has been badly affected for some time, this trend is now spreading to other areas of the UK and Europe. Local and national governments must act to prevent global demand for housing as investments from driving prices beyond the reach of those who need real homes.

Gates, bars, armed security and homeowner restrictions are all ugly traits of private housing developed within the US context of desperate inequality and racism. The UK has a long and vibrant tradition of community development, creating a supportive built environment and social infrastructure of schools, libraries and other municipal services for residents. 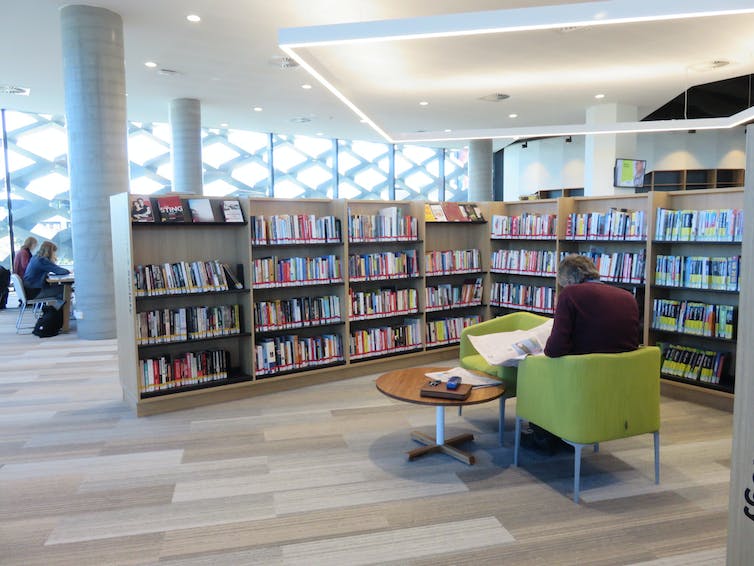 This kind of development, and the social mobility and growing equality it fosters, safeguards public health and safety – not big walls, barbed wire and security guards. The private rented sector in the UK should be regulated to bring it more in line with Europe, where tenants prosper with security of tenure and strong regulation of rents and rent increases.

Those who are bearing the brunt of our current housing crisis must be at the centre of efforts to change it. From tenants’ associations and renters’ unions, to campaign groups such as Justice for Grenfell, it’s vital to support those voices advocating fairer housing rights.

This also means rejecting austerity’s constant cuts to public services, funding social support for physical and mental health and ensuring that homes are safe, decent and secure, to create a safety net for those who are working to improve their communities.