In November, the city of Boulder, Colorado, passed a ballot measure to shift the city’s off-cycle elections to even years, on the same day as state and federal elections. Boulder joins an increasing number of cities and states across the nation to make the move, which increases voter turnout, improves representation and strengthens local democracy.

Odd-year elections regularly suffer from low voter turnout, a problem the measure seeks to address. “Low and uneven turnout is a serious problem for local democracy. Fortunately, one simple reform – shifting the timing of local elections so they are held on the same day as national contests – can substantially increase participation,” according to the American Political Science Review.

Over the past decade, the turnout of active voters in state and federal elections within city limits has averaged 84%, while the city’s off-cycle municipal elections have averaged only 48%.

Off-cycle elections leave out many people from local decision-making. In addition to fewer people voting, the demographics of those who vote changes significantly. In Boulder’s off-year elections, people who are younger, people who rent housing, people with lower incomes, and people of colour have been disproportionately underrepresented.

By aligning our local election date with state and federal elections, cities will significantly increase the participation and representation of the electorate that chooses its leaders. We look forward to a number of exciting changes in city elections and governance after the city implements the change.

Because turnout in local elections is consistently low and skewed towards wealthier homeowners and long-time residents, political candidates spend more time and resources to gain favour with these communities. Campaigns shift their messaging and outreach strategies to prioritise and often exclusively market only to likely voters. Whole segments of our community are often ignored and not considered important constituencies.

The lack of consideration of students, renters, younger residents and communities of colour also reflects in how elected officials will govern. Shifting elections to even years will give candidates and elected officials strong incentives to campaign and govern the broader community.

A consistent challenge with city governance is the pattern of officials over-responding to the most engaged, and often most unrepresentative voices in the community. Small groups of organised citizens can often delay or block needed change, as these voices have outsized sway with city officials and in local elections. In practice, this often means reducing the amount of housing built, delaying or reducing improvements to transit or biking, and slowing adaptations to climate change. By broadening the electorate, officials will again have a greater incentive to govern in the best interest of the whole community.

Have other cities moved their election cycles?

A number of cities across the US have moved to on-cycle elections to take advantage of these benefits. Measures to align local elections with state and federal elections are widely popular: in 12 cities we have studied from 2014 to 2022, all measures have passed with 55% to 83% in favour.

While some cities saw local opposition to the move, any opposition is typically limited to entrenched power in local political circles. Arguments against the change are relatively similar across cities: that voters won’t have time to fully research local issues and candidates, that city candidates will be buried in state and national politics, that current non-partisan races will become more partisan, and on-cycle voters will not be as informed or invested in communities as current off-cycle voters.

But concerns about the change are vastly outweighed by the benefits of increased participation and representation. Polling from our campaign showed that once people heard both the pro and con arguments, they were likely to support the change by nearly a three-to-one margin.

While we are excited about a change in our city, we also know that there’s a long way to go to address the inequities of off-cycle elections in many cities across Colorado and the country. One encouraging sign was the passage of the California Voter Participation Rights Act in 2015, which mandates jurisdictions to move to even-year elections if voter turnout was 25%+ less in off-years than in even, as is the case in Boulder.

Pushing for additional statewide action will encourage greater movement than a city-by-city approach in creating more inclusive elections. Our hope is that continued organising and education will help bring change to more communities around the country.

[Read more: Battleground cities could still swing the US midterms. Here’s how.] 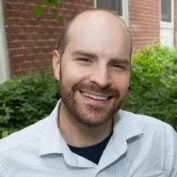 Eric Budd is co-lead on the People for Voter Turnout campaign.
Websites in our network